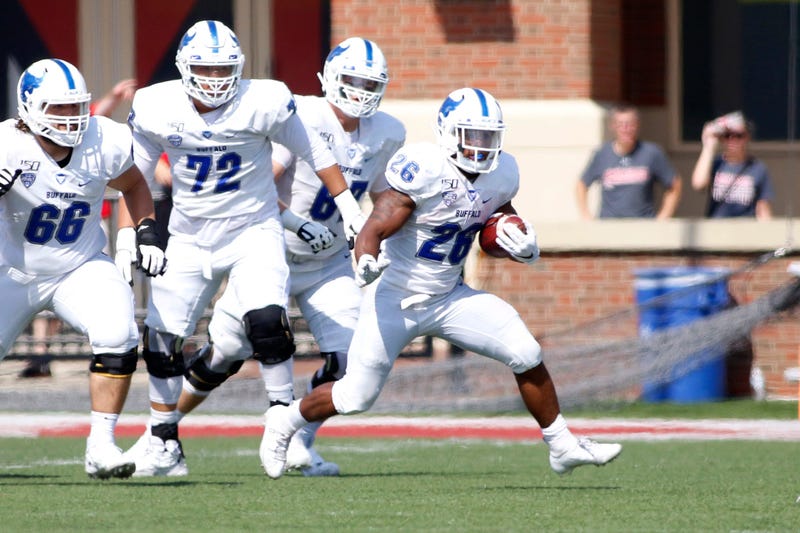 A rough day for a true freshman kicker was the difference as the University at Buffalo football team dropped to 0-2 in Mid-American Conference play with a 21-20 overtime loss to Ohio University at UB Stadium on Saturday.

Bulls kicker Jackson Baltar missed field goals from 24 and 46 yards, and was wide-right on an extra point in the first overtime.

The missed 24-yard field goal attempt came on the very first drive of the game, but the other two misses were critical.

Tied at 14-14 with 1:27 left in the fourth quarter, the Bulls were facing a 4th-and-1 at the Ohio 29-yard line when Bulls quarterback Kyle Vantrease got the Bobcats to jump offside. That would have given the Bulls a first down, but UB head coach Lance Leipold called a timeout just before Ohio moved. Even though the Bulls had converted a 4th-and-2 earlier on the drive with a Vantrease keeper, Leipold opted to go for the go-ahead field goal out of the timeout. However, Baltar, who hit a 52-yard field goal attempt earlier this season, missed to the right. UB got the ball to start overtime and a touchdown run by Vantrease put them in front 20-14. However, Baltar missed the extra-point, giving the Bobcats the chance to score and tack on the point after for the win.

Ohio answered with a touchdown and connected on the extra point, dealing the Bulls a heartbreaking loss.

Vantrease had a good day in place of injured starter Matt Myers, going 16-of-23 for 197 yards and a pair of touchdowns. Running back Kevin Marks had 112 yards on 22 carries while, running mate Jaret Patterson added 52 yards on 13 carries.

The Bulls are now 2-4 overall, and are off until October 19 when they take on the 0-5 Akron Zips at InfoCision Stadium - Summa Field in Akron, Ohio.