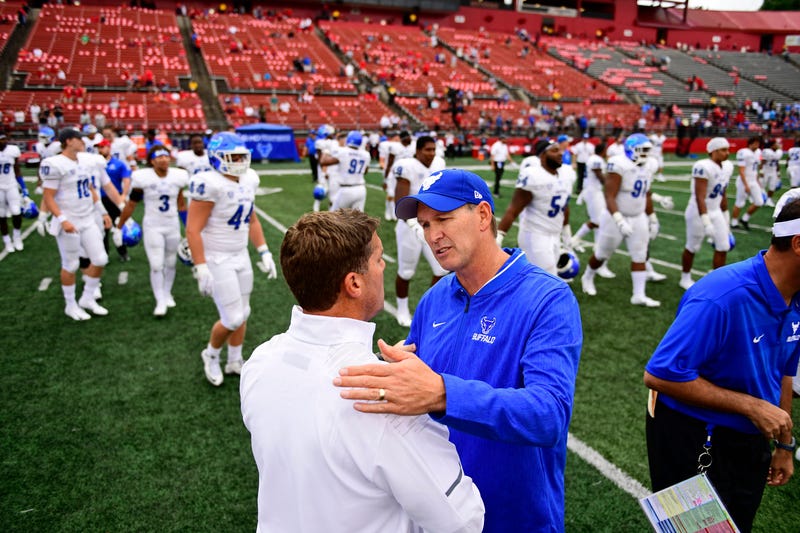 With a 49-7 victory over Bowling Green last Friday afternoon at UB Stadium, the University at Buffalo football team (7-5, 5-3) left no doubt that they would be headed to a bowl game for a second consecutive season.

Less than 48 hours after the win, it was announced on Sunday that the Bulls accepted an invitation to the Makers Wanted Bahamas Bowl on Friday, Dec. 20, where they’ll face the University of North Carolina at Charlotte 49ers (7-5, 5-3) from Conference USA.

The Bahamas Bowl will be the fourth postseason game for Buffalo since it’s move to the FBS in 1999, and the second under head coach Lance Leipold. Despite making three previous trips, the Bulls have yet to win a bowl game, falling to Connecticut in the International Bowl in 2009 (2008 season), San Diego State in the Famous Idaho Potato Bowl in 2013, and last season to Troy in the Dollar General Bowl.

Charlotte will be making its first bowl game appearance in program history. The 49ers moved up to the FBS and joined Conference USA in 2015. Under head coach Will Healy, who’s in his first year with the team, Charlotte finished 7-5 overall and 5-3 in conference play.

Both the Bulls and 49ers will be heading into the game riding hot streaks. Buffalo won five of its final six games of the regular season, and Charlotte has won five-straight.

The matchup is highlighted by two strong rushing attacks. Buffalo ranks 11th in the FBS in rushing yards per-game with 254.3, and Charlotte ranks 27th, averaging 210.4 yards on the ground per-game.

The Bulls' average has gotten a huge boost over the last few weeks thanks to an incredible stretch of games from Jaret Patterson. The sophomore running back had a career day on Friday against Bowling Green, rushing for a Mid-American Conference single-game record six touchdowns and a program-high 298 yards. Over the Bulls’ final five games, Patterson ran for 940 total yards and scored 14 touchdowns.

The first ever meeting between the Bulls and 49ers will be the first game of the 2019 bowl season.

Kickoff for the 2019 Makers Wanted Bahamas Bowl is scheduled for 2 p.m. The game will air nationally on ESPN, and you can also listen to the game, along with pregame and postgame coverage on ESPN 1520.