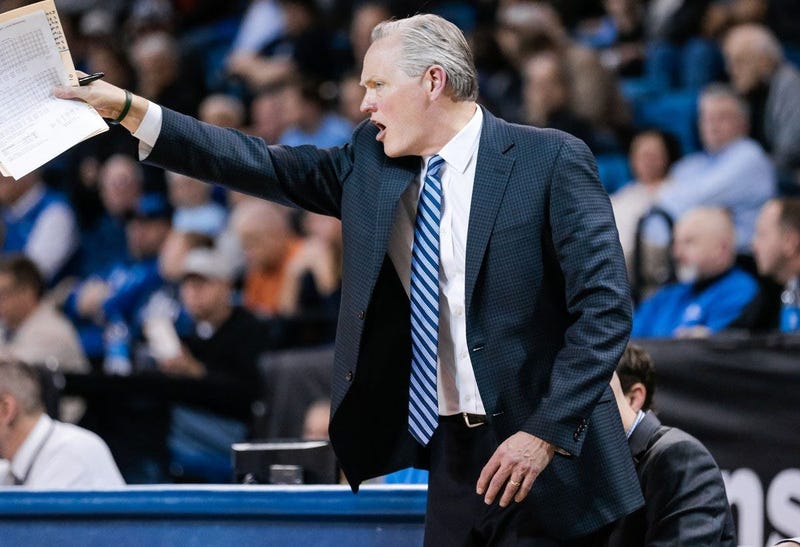 April 22, 2020 04/22/2020 11:00 am
BUFFALO, N.Y. (WBEN/AP) - The University at Buffalo men’s basketball team has been placed on one-year probation and agreed to other NCAA sanctions after a former assistant coach was found to have forged recruiting documents.

The decision was announced by the NCAA and the Mid-American Conference school as part of a negotiated resolution reached Tuesday. The school said it self-reported the infractions in October and cooperated with the NCAA investigation.

Buffalo also was fined $5,000, agreed to a two-week ban on communicating with potential recruits and reduced its recruiting days by five for the 2020-21 season.

The NCAA credited Buffalo for acting quickly and found no evidence of a lack of institutional control or failure to monitor the situation. The governing body said it would not reveal the coaches or athlete involved.

The investigation ruled an assistant coach acted on his own to create a fake email account used to submit documentation to support an incoming player’s bid to waive NCAA transfer rules requiring him to sit out a season.

The assistant then continued using the same fake account and forged the name of the transferring player’s former teammate in resubmitting the document upon being asked to by Buffalo’s associate athletic director of compliance.

A person with direct knowledge of the situation told The Associated Press that the assistant coach involved was Hunter Jenkins. The person cited privacy rules in speaking on the condition of anonymity.

In a message sent to the AP, Jenkins confirmed he was the assistant at the center of the investigation and said it involved forward Josh Mballa’s bid to waive NCAA transfer rules.

Though he acknowledged responsibilities, Jenkins disputed the investigation’s findings that he acted on his own.

“Although I disagree that I acted without authorization or mislead Buffalo’s athletic department, I accept my share of responsibility for mistakes made,” Jenkins wrote. “As a young coach, I will apply the lessons I learned from this situation.”

Jenkins did not respond to a question when asked who provided him authorization.

In a statement released by the school, athletic director Mark Alnutt said Buffalo was “extremely proactive” in cooperating with NCAA enforcement staff.

“NCAA rules compliance is a top priority in our athletic department,” Alnutt said. “We will hold ourselves to the highest standard of ethical conduct and compliance.”

Coach Jim Whitesell said in a statement he is committed to following NCAA rules and preventing a recurrence of what happened.

“We will not compromise when it comes to compliance with NCAA rules or confronting unethical behavior,” Whitesell added. “We are deeply dedicated to upholding the integrity of men’s basketball at UB.”

Buffalo said it reported the infraction to the NCAA on Oct. 2, and also removed the forged documentation from the player’s waiver request before it was submitted.

Mballa transferred to Buffalo after spending his freshman season at Texas Tech. His waiver request was approved by the NCAA. He averaged 10.8 points and 9.8 rebounds in 32 games, including 20 as a starter.

Jenkins was hired in May shortly after Whitesell had been promoted to replace Nate Oats, who left Buffalo to coach Alabama.

Jenkins was absent from team practices in October, with Whitesell saying the assistant was on personal leave. Buffalo then announced Jenkins’ resignation in mid-November.

Jenkins faces sanctions over a three-year period should he land another coaching job at an NCAA school.

He faces a six-game suspension from coaching and barred from being involved in recruiting activities through at least August 2021. Jenkins will also be required to attend an NCAA regional rules seminar at his own expense.