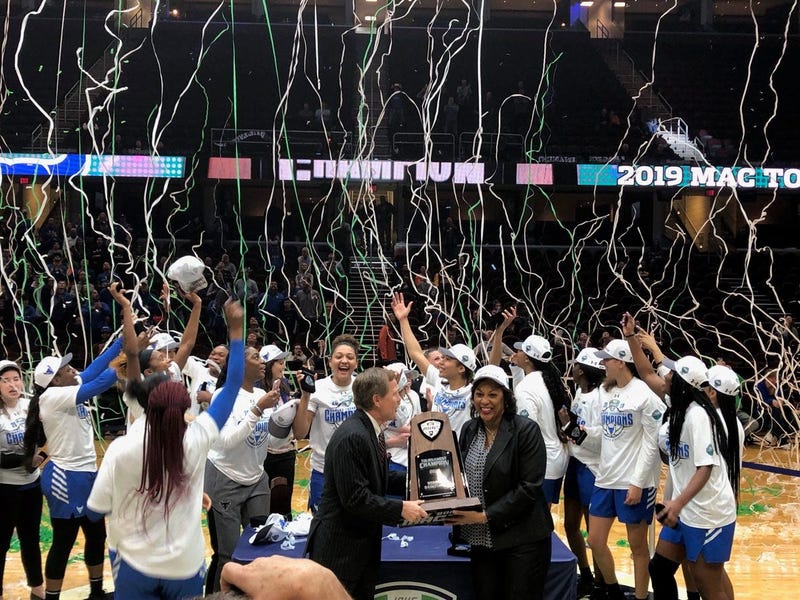 The UB women's basketball team won their second MAC Tournament in four years after a 77-61 win over the Ohio Bobcats on Saturday in Cleveland, Ohio.

Cierra Dillard led the team in scoring with 22 points and was named the MAC Tournament's Most Valuable Player. Summer Hemphill added 16 points, along with a MAC Tournament-record 21 rebounds.

The Bulls now await Selection Monday to see what seed that they get in the NCAA Tournament.