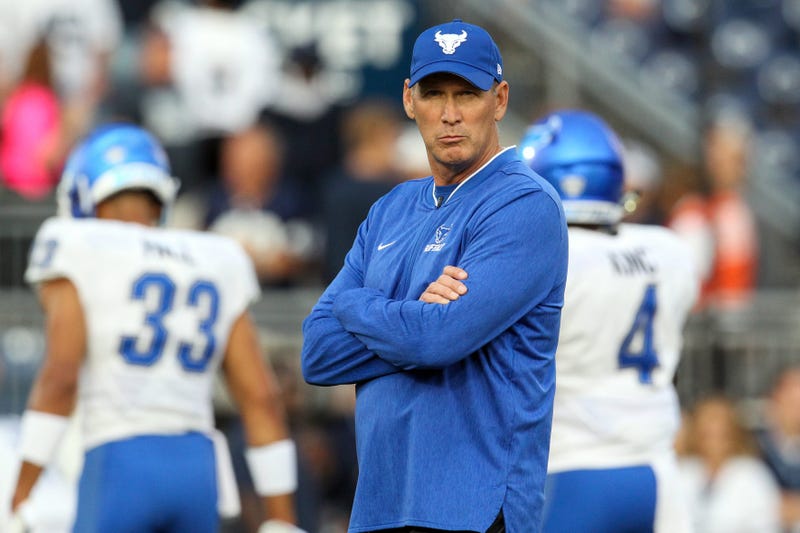 This past season, Leipold helped lead the Bulls to an 8-5 (5-3) record and the program's first ever bowl game victory in the 2019 Makers Wanted Bahamas Bowl over the University of North Carolina at Charlotte.

In his five seasons as head coach of the Bulls, Leipold is 31-32 overall as the head coach, but has led the program to bowl eligibility in three consecutive seasons, going 24-15 in that span.

"I'd like to first thank President Satish Tripathi and Mark Alnutt for this extension for our staff," Leipold said in a team statement. "We greatly appreciate the continued support of our administration in our pursuit of MAC championships and bowl appearances."

In the 2018 season, Leipold's Bulls squad won a program-record 10 games and ended up claiming the MAC East Division Title. Despite losing in the MAC Championship Game to Northern Illinois, the team ended up earning a spot in the Dollar General Bowl against Troy University, where they fell 42-32 in Mobile, Alabama.

"I'm very appreciative of Lance Leipold's unwavering commitment and dedication to building a championship caliber football program here at UB," UB Athletic Director Mark Alnutt said in a team statement. "This program has seen outstanding growth and success both on and off the field during his tenure. I'm excited to work with Lance and his staff as we continue this positive trajectory for many years to come."   Buffalo will begin spring practices this Sunday, with the 2020 season kicking off on Sept. 5 on the road against Kansas State.