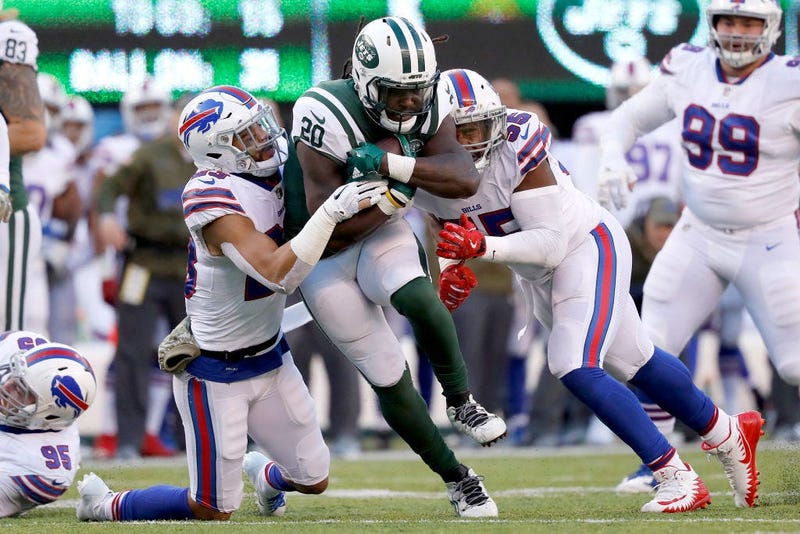 The Buffalo Bills open the 2019 regular season against the New York Jets this Sunday at 1 p.m. from MetLife Stadium in East Rutherford, New Jersey.

Here are three key storylines to watch, followed by some notes and stats:

This has been an anticipated matchup since the schedule was released in April, for several reasons. The two quarterbacks were both drafted in the first round a year ago. Both teams traded up to grab their hopeful franchise quarterback. Allen and Darnold are close friends. They even live together, at times, during the offseason in their home state of California, working with their quarterbacks coach Jordan Palmer and others. This past offseason, both teams used plenty of salary cap money to surround the quarterbacks with a much more improved cast than they had one year ago. So, now it's time to show how far each has come, against one another, in a pivotal week one matchup that could go a long way in determining who finishes ahead of the other in the AFC East.

2.) Special teams may be a factor

The Bills have already ruled out All-Pro returner Andre Roberts with a quad injury. That's a big blow for them, and Roberts was certainly motivated and looking froward to playing against his former team after how things ended for him in New York. They have several options to use in his place, including Isaiah McKenzie, Micah Hyde, and Cole Beasley returning punts and McKenzie and Devin Singletry returning kicks. For the Jets, they'll be using kicker Kaare Vedvick, who was traded from the Baltimore Ravens to the Minnesota Vikings for a fifth round draft pick in early August, but was later cut by Minnesota after going 1-for-4 in the preseason for them. The Jets claimed Vedvick off waivers and he'll now be kicking for the first time ever in a regular season NFL game.

The last time Jets running back Le'Veon Bell played in an NFL game was for the Pittsburgh Steelers on January 14, 2018 in the AFC playoffs against the Jacksonville Jaguars. He sat out all of last season in a contract dispute, then signed a four-year, $52 million contract with the Jets as a free agent. In Bell's five NFL seasons, he finished in the top-five in rushing in three of them. He's also a tremendous threat as a pass-cather, hauling in 312 receptions in his career, including 85 two seasons ago when he last played. By not playing in over a year (including not playing this preseason), Bell will have some rust, but he'll also have fresh legs. It will be interesting to watch how those two things mesh and how the Bills try to counter him.