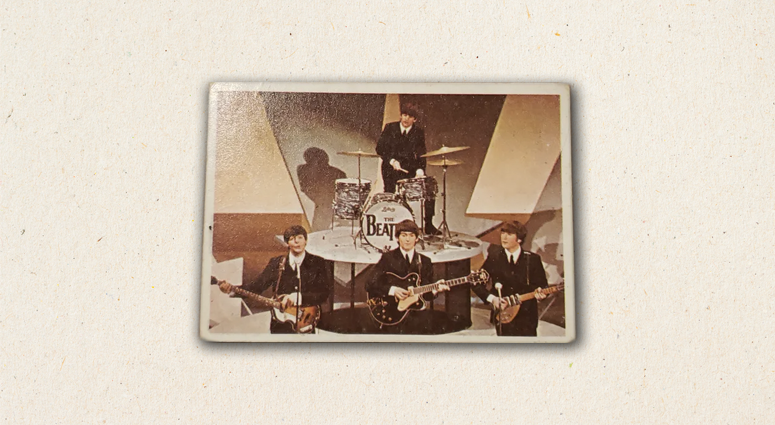 In 1964, Topps decided not to "Stick to Sports" and made several sets of The Beatles. There's a black-and-white set, issued in three series, a "Beatles Diary" set, a set featuring the album and movie "A Hard Day's Night", and also a 64-card color set that includes today's "Card of the Day". This is card No. 35 from the color edition, known as "Beatles in Concert". It's a classic shot of the band, making this card a standout.

By '64, Topps had already been experimenting with entertainment-type sets, including "The Beverly Hillbillies" in 1963, and before that a set of "Mars Attacks".

It's not especially valuable, with this card in similar condition to mine being available for only a few dollars.

Friday's choice is made with this afternoon's "Rock Vocalist" Draft in mind. All four members of The Beatles took their turns as lead singer, and all had excellent careers as soloists. No way that all four of them get drafted today, but there's a good chance of one or two.
Here's what the back of the card looks like:
Mike Schopp