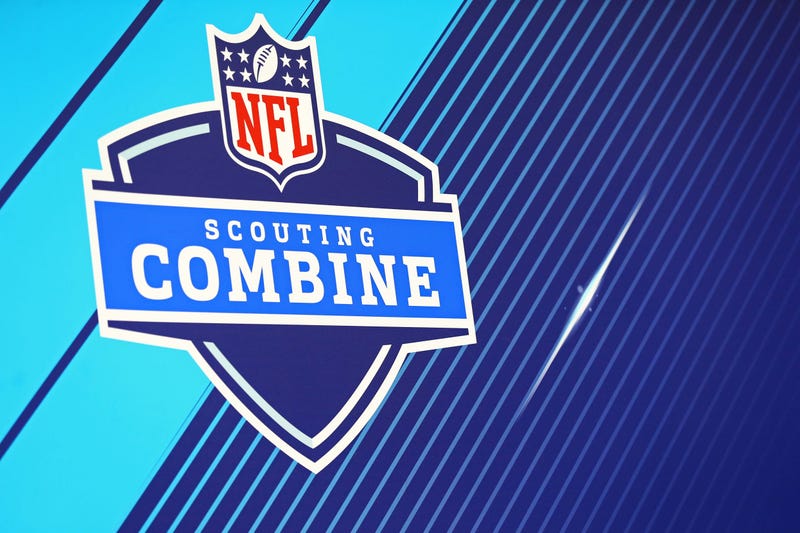 The 2020 NFL offseason is officially underway and you know what that means right? It is officially "silly season" around the league.

Throughout free agency, the NFL Scouting Combine, pro days, and the NFL Draft, there is going to be a ton of "information" flying around social media having to do with where certain players want to sign, what teams can do with the salary cap, where someone could get traded, drafted, etc.

With so much information to weed through, you may need a guideline to be fully prepared.

Welcome to class, students. Let's get you ready for the offseason:

Everybody is an insider this time of year. There will be a lot of people out there that throw pure speculation at the wall at hope it sticks in the form of an actual report.

Of course, don't get dooped by fake accounts like @AdamScheftarEPSN and check for the check marks. Be sure to also check your time stamps as some people like to bring back tweets from the NFL insiders that was breaking news back in 2013. Also know who in the actual media world has legitimate credibility.

Sometimes it isn't always on the reporters themselves. Often agents, front office members, and players will leak information in hopes to gain leverage over other teams or players in contract negotiations, trade value, and preferred destinations.

Take precaution on everything until it is officially confirmed. It is fun to speculate and dive into rumors, but don't always take everything as 100% fact.

In other words, trust the film. Every year prospects see their value sky rocket or plummet because of their performance at the combine and/or pro days. D.K. Metcalf wasn't great in the three-cone drill and it caused massive overreactions that may have played a role in the Ole Miss product falling to the bottom of the second round to the Seattle Seahawks.

He nearly surpassed 1,000 yards in his rookie season and had over 100 yards in a playoff win over the Philadelphia Eagles.

Then there are the burners like wide receivers John Ross and Philip Dorsett. Both players destroyed the 40-yard dash and ended up being high Day 1 picks. Teams love speed and it can often outshine the flaws in a prospect's game.

Trust your eyes. Trust what the player did on the football field. Use the combine and pro day as a secondary source of evaluation.

Sure, if a player was electric down the field on Saturdays, and then runs a 4.3, it is ok to boost his stock even more. Some players, however, have different speeds in-game versus in shorts.

One of the biggest myths in the NFL is that teams simply draft the best player on their board every pick. Yes, taking a cornerback that is 25 spots below a wide receiver because you need that position more is a poor use of resources and a bad understanding of value.

However, taking a wide receiver over a cornerback when you already have good, long-term depth at wideout and a poor cornerback room is also a bad way to draft. Taking that player because they are five or six spots ahead of a player at a position you need more? Not always the right way to go.

Imagine in free agency if teams just threw huge money at any player because they were the best on the open market. Shelling out a five-year, $55 million contract to someone that won't dramatically change your team would be a waste. Free agency is about need, and yet the draft isn't seen in the same light.

Draft picks should be seen the same as money. Yes, future needs are always a part of drafting with roster turnover often being dramatic every year, but a team should never pick a player purely based on the board.

Imagine going to the grocery store with a list of needs and throwing money at all the best priced products regardless of the list. "Honey why did you spend $50 dollars on toilet paper when we had enough to last us weeks? We needed milk and eggs!" "It was buy one get one half off, sweetie!"

It is never as black and white as taking best player available or a position of need anyway. Value impacts everything. Perhaps a draft class is loaded at one position a team needs and is thin at another spot they desperately have to add talent at. That affects what a team does. So too would a run on one position, if they don't strike now... there may not be anyone left at the next pick.

Every few years a team sees a large amount of preseason hype thanks to the heavy investments they made in free agency. The Eagles of 2011 were given the "Dream Team" nickname before they even touched the field after signing the likes of Nnamdi Asomugha, Dominique Rodgers-Cromartie, and Cullen Jenkins.

A few years later, many gave the Miami Dolphins the same praise after spending big on Mike Wallace and Ndamukong Suh. How about the Cleveland Browns just last year? These paper tigers look flashy and exciting in the offseason, but teams that go all in on acquiring talent from one channel normally don't live up to expectations.

Balance is the key.

How many times have you heard a team simply cannot pay player X and Y because there isn't enough space on the salary cap? Only to have that team take care of every player they hoped to retain? There are so many different ways to go about paying players while staying within the confines of the cap that you shouldn't put too much stock into the space an organization has in one year.

Contract structure is a wild universe with so many different ways to get around what is a soft cap. A cap, by the way, that usually increases as the NFL's annual revenue increases.

A team can back-load cap hits by offering guaranteed signing bonuses up front, they can front-load deals if other contracts have heavy hits down the road, and there is always the route of restructuring as you go.

It isn't the MLB, but the NFL certainly has a flexible salary cap backbone.

Any other tips to get fans through the offseason? Hit us up on Twitter: @WGR550