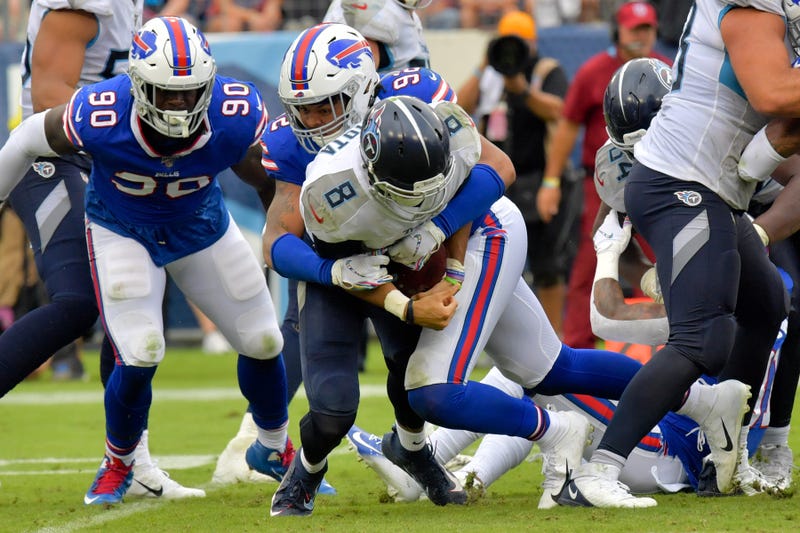 Josh Allen bounced back from his worst game as a pro, and the Buffalo Bills defense, once again, showed it is one of the best in the National Football League.

That combination produced a huge win for the Bills, who, at 4-1, now have the third best record in the AFC.

The win was huge for a number of reasons. Seven days after suffering their first loss of the season, the Bills got back in the win column. This was another conference victory, which is a key playoff tiebreaker, and it gives the Bills a 3-1 record in AFC games. Should the Bills and Titans both be in the Wild Card race at the end of the season, the Bills have the head-to-head tiebreak edge. This also sets the Bills up very nicely when you think about a three-game homestand against the Miami Dolphins, Philadelphia Eagles and Washington Redskins, which awaits them after the bye week. I’ll get to Allen’s game in a moment, because the story of the game was the Bills defense.

They dominated their matchup with the Titans offense, holding quarterback Marcus Mariota and company to one touchdown and a grand total of 252 yards. The Titans had 11 possessions on offense, and six of those were three-and-outs. They didn’t convert a third down until the second half, and were just 1-of-3 in the red zone.

The Bills' defensive line was too much for Tennessee’s offensive line. Buffalo recorded five sacks of Mariota, three of which came from defensive tackle Jordan Phillips. The Bills defense has now allowed only six touchdowns in the first five games, and no opponent has scored more than 17 points. I was so happy to hear that Allen was out of concussion protocol and cleared to play in this game, because I wanted to see how he looked after a miserable performance in the loss to the New England Patriots. Allen definitely played a smarter game, in terms of his decision making. There were times where he threw the ball out of bounds or just threw it away in the field of play in order to avoid a sack. He did a better job of taking what the defense was giving him, in terms of shorter pass plays and he even completed some check down throws.

The one glaring mistake was an interception in the third quarter on a ball that he forced back into the middle of the field. It looked like T.J. Yeldon actually stopped running his route, but Allen was putting it in traffic, and the smarter play would have been to throw it away. Allen finished the day 23-of-32 for 219 yards and had a pair of touchdown passes against a very strong Titans defense.Allen’s execution was perfect on the first Bills' touchdown drive of the game. He converted a 3rd-and-4 throw to Duke Williams, who made his NFL debut in this game. Allen also had a 21-yard connection downfield with John Brown. The touchdown was an easy throw to a wide-open Lee Smith on a beautifully designed play from offensive coordinator Brian Daboll. Allen was 5-of-5 on that drive for 58 of the 60 yards covered.

The second touchdown drive featured a 46-yard gain off a little flip pass to the speedy Isaiah McKenzie. Again, Daboll came up with the right play on the touchdown. A play fake brought in the Titans safety and Allen had a clear path for an easy throw to Williams. Promoted from the practice squad this week, essentially to take the spot of Zay Jones who barely saw the field, Williams ended up with four catches on four targets for 29 yards and the score.The Bills certainly got some help, while improving to 3-0 on the road for the first time since 1993.

Titans kicker Cairo Santos missed three field goals from 36, 50 and 53 yards. He had a 32-yard attempt that was tipped at the line by rookie defensive end Darryl Johnson.

Titans coach Mike Vrabel made some very questionable decisions, and the Titans lost a touchdown two times on the same drive due to penalties.

Thank goodness the bye week is here, because the Bills saw center Mitch Morse, tackle Cody Ford, linebacker Matt Milano and defensive end Trent Murphy all leave the game injured. The Sabres look impressive while winning their first two games, and the Bills are off to a 4-1 start. Hopefully things are turning in the favor of Buffalo sports fans.