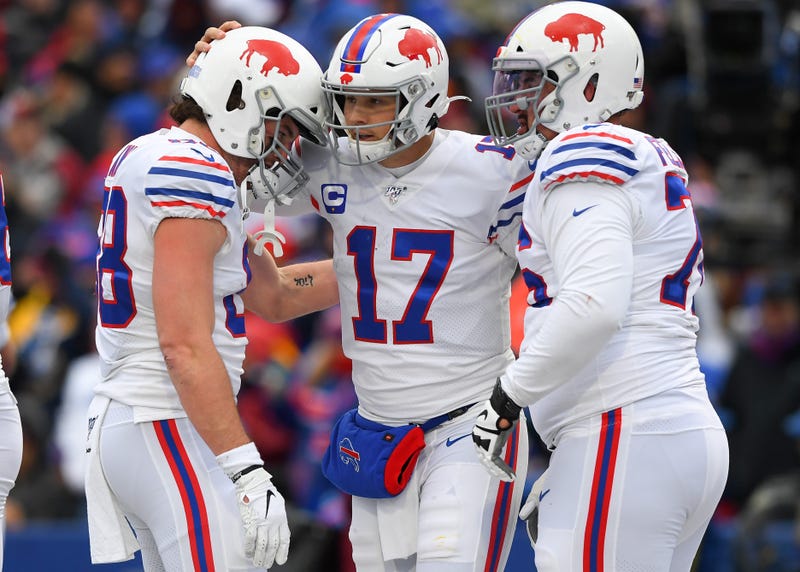 With a 6-2 record through the first eight games of the 2019 season, the Buffalo Bills are off to their best start to a season since 1993 when they started 7-1.

The Bills have a very team-first identity, but there are many individual, positional, player, and coaching performances throughout the year that have impacted the season for better or worse.

Here are my 2019 Bills mid-season awards.

The Bills' secondary has been one of the best in the NFL this season. They have allowed the third-fewest passing yards total and per-game over the first nine weeks.

While cornerback Tre'Davious White and safety Micah Hyde have been equally as important, Poyer has been the glue to this defensive unit.

Pro Football Focus has Poyer ranked ninth of all safeties in the NFL.

Poyer is making an impact on every level of the defense. He ranks second of all safeties in run stop percentage. The veteran has a sack and is tied for sixth in pass-rush productivity, according to Pro Football Focus.

Add an interception and a forced fumble to the stat sheet, and you have yourself a do-it-all weapon on defense.

As a former second round pick of the Miami Dolphins in 2015, Phillips was expected to have a role on the Buffalo defense in 2019.

However, the 27-year-old interior defensive lineman is having a breakout year that not many had thought he would have after eight games.

In the trenches, the Bills invested a large contract in Star Lotulelei, a first round pick in Ed Oliver, and a third round pick in Harrison Phillips over the last few years.

Yet, it has been Jordan Phillips that is the star in the middle.

Phillips has been the most productive pass-rusher with six sacks, on pace for an impressive 12 on the season. He had a three-sack game against the Tennessee Titans, and has at least one in four games.

The Oklahoma product has a sack in the last two games against the Philadelphia Eagles and Washington Redskins.

With this sudden emergence, the future of the Bills' interior defensive line looks even brighter.

The Bills' third round pick this past year has been one of the offense's most explosive playmakers.

In just five games played this season, Singletary already has five 20-plus-yard plays. That includes a 49-yard and 28-yard reception. His abilities as a receiver has been a pleasant surprise as Singletary was not utilized in that area much coming out of Florida Atlantic University.

He has been extremely efficient on the ground too, averaging 6.7 yards per-carry.

Brown was, arguably, one of the best offseason signings in the NFL this past spring. He has quickly become quarterback Josh Allen's favorite, and most reliable target through the air.

The 29-year-old has at least 50 receiving yards in all eight games this season, joining Saints wide receiver Michael Thomas as the only other pass catcher that has achieved that feat.

Brown is on pace for 84 receptions this year for 1,206 yards and four touchdowns. That is without the deep plays that he has grown accustomed to making throughout his career.

Lotulelei is what he is - a space-eating nose tackle that isn't meant to make the splash plays. Being a flashy, pass-rushing defensive tackle was never his identity.

The issue isn't just Lotulelei hasn't gotten to the quarterback, or made any sort of plays on the ball. He also hasn't been great at the role he is expected to take on.

Buffalo's run defense has struggled the last two weeks, and the veteran has been a big reason for running backs making big plays. Specifically, his gap containment hasn't been strong.

With a large contract of $10 million annually, injuries and inexperience up front, one would hope the Bills could get more out of Lotulelei.

Allen has the most game-winning drives in the fourth quarter of any quarterback this year. His most impressive one came in the season opener against New York, which was capped off by the go-ahead touchdown pass to Brown.

#Bills have taken the lead over the #Jets thanks to this Josh Allen TD pass to John Brown. Buffalo up 17-16. pic.twitter.com/EjNiE5rJ0v

— NFL Update (@MySportsUpdate) September 8, 2019
Let us know who you would select for these awards on Twitter: @WGR550