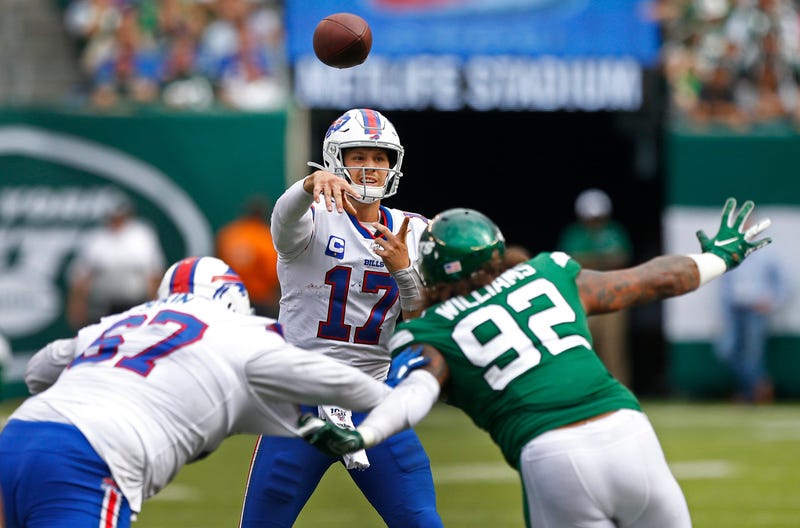 That's the overwhelming word that comes to my mind after nail-biting my way through 60 minutes of self-inflicted wounds and poor offensive play.

The Buffalo Bills found a way to pull out a one-point victory over the New York Jets on the road after trailing 16-0 early in the second half. Four first half turnovers and a safety somehow didn’t matter, and a ton of credit must be given to the Bills' defense – who held Sam Darnold and the Jets offense under 240 total yards.

The story is, and will always be, about Josh Allen. He didn’t play particularly great. He was mostly responsible for each of those four first half turnovers, and probably could have had two or three more throughout the game. When it mattered late in the fourth, though, Allen came alive. He went 5-of-7 for 77 yards, including the go-ahead 38-yard touchdown pass to John Brown all on the final scoring drive.

The stats won’t paint the picture, but Allen deserves a ton of credit. At times, it was ugly. Even after the four turnovers; Allen haphazardly threw the ball through the hands of defenders, into heavy coverage with regularity and flashed a similar impatience in the pocket that Bills fans got used to see his rookie season. Yet, Allen found a way to play his best football in the closing moments of the game.

Allen, especially early on in that game, clearly had a rhythm when throwing the football, finding both Cole Beasley and John Brown with ease. But with no semblance of a running game, Allen was likely asked to carry too much of the load early against the Jets, which likely led to his handful of mistakes.

He’s still young and still learning, but a game-winning drive and 64% completion percentage sure sounds like something Bills fans could get used to in 2019. Cutting down on the mistakes and forced throws will be a key, but the Bills are in a prime position to start the season 2-0 when they travel to MetLife Stadium for a second consecutive week and face off against a New York Giants team with low expectations.

What an important win for the Bills.