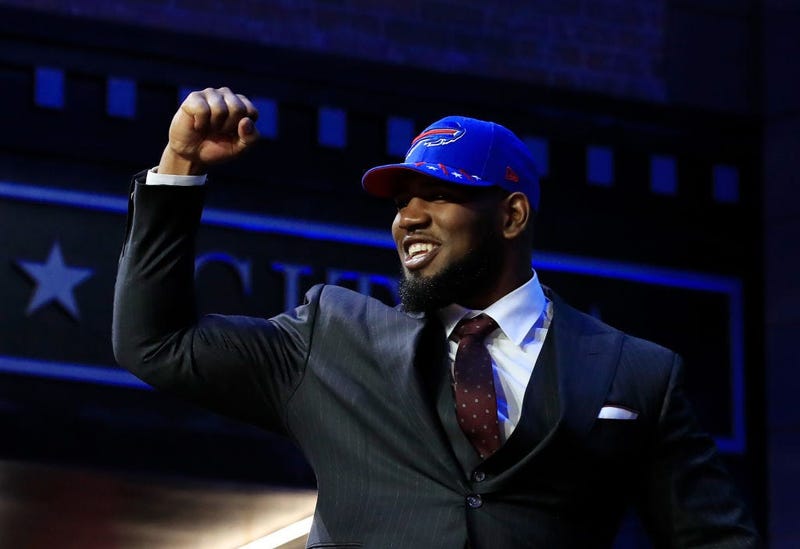 The Oakland Raiders coach and New York Giants general manager both made shocking moves in the top-six of the NFL Draft on Thursday, allowing Houston’s Ed Oliver, one of the best interior defensive linemen, to fall to the Bills at No. 9 overall.

Oliver had long been considered a top target for the Bills, but over the past few weeks, there was growing buzz that he wouldn’t be there when it was time to turn their card in.

Suddenly, Gruden and his new general manager Mike Mayock chose Clemson defensive end Clelin Ferrell, considered by most to be a mid-to-late first round prospect. Then Gettleman wasted no time in selecting his franchise hopeful quarterback Daniel Jones out of Duke.

The board was falling perfectly for the Bills to grab either Oliver, Kentucky defensive end Josh Allen, Iowa tight end T.J. Hockenson, or one of a few offensive linemen, if they chose that route. After Allen and Hockenson went seventh and eighth, respectively, Oliver’s name was still there, staring Bills general manager Brandon Beane and head coach Sean McDermott right between the eyes. They couldn’t pass up that chance.

Oliver is an elite defender who can step in and play right away, especially given how head coach Sean McDermott loves to rotate players up front. He’s incredibly explosive off the ball, which allows him to penetrate and disrupt plays in the backfield and even pressure the quarterback, something the Bills could really use from the interior defensive line. The knock on him is his frame. At 6' 2" and 287-pounds, he’s shorter and lighter than what you usually want from an interior defensive linemen, which is why he needs to rely on his speed, athleticism, and explosiveness off the ball to beat offensive linemen before they can really latch on to him. The Bills already have Star Lotulelei as their primary run-stuffing and block-eating defensive lineman, which means Oliver wouldn’t have to be used to do that right away and could play to his strengths as a penetrator and pursuer.

After the pick was made, Beane told the Buffalo media that Oliver will be used more as a three-technique (lining up on the outside shoulder of the offensive guard), as opposed to on the nose, where he was often used at Houston.

Beane added that in all the mock drafts his staff did in pre-draft preparation, they never had Oliver falling to them if only one quarterback was taken in top-eight, had him sometimes falling if two quarterbacks were taken, and was usually there if three quarterbacks were selected. Two quarterbacks and a non-quarterback surprise happened. He added that they thought a team could trade with the Detroit Lions into the No. 8 spot and take him once he got there. That didn't happen.

Beane even went so far as to say the team’s free agent strategy involved knowing there were good pass-rushing defensive tackles in the draft and that’s where you need to find them since they rarely get to free agency.

"Ed is a competitor,” Beane said. “He's tough. Plays from the snap to the whistle."