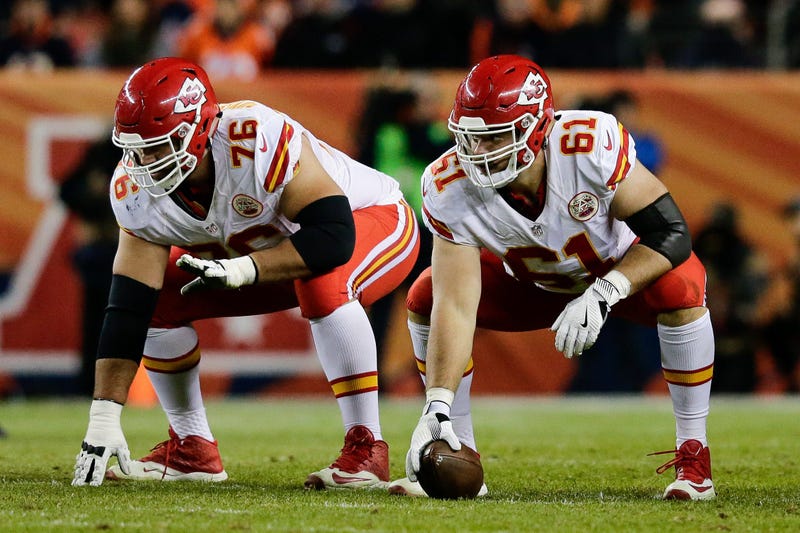 One of the obvious areas of biggest need for the Buffalo Bills heading into the 2019 offseason is offensive line. They could use help, and maybe a complete overhaul, at both guard positions, as well as right tackle.

They’ve already signed center/guard Spencer Long, who was released by the New York Jets, but it’s unclear if he’ll be lining up at guard or competing with Russell Bodine at center. Bodine is coming off a broken leg he suffered late last season, and entering the final year of his contract. Right tackle Jordan Mills, center/guard Ryan Groy, and guard John Miller are all scheduled to become free agents, and it would be no surprise if the team let all of them walk as they search for upgrades at each spot. Guard Vlad Ducasse is still under contract, but he’s clearly not a certainly to even be on the opening day roster, much less in a starting spot.

So where can the help come from in this year’s free agent class?

Here are some options the team may consider and how they might or might not fit the Bills in 2019:

I listed Williams first here because there will obviously be a quick connection between him and the Bills considering he’s spent his first four years in Carolina. Both Sean McDermott and Brandon Beane will be familiar with him, and have already shown they are not shy about pursuing former Panthers players and staff. I wouldn’t be surprised if he was an immediate target for them as they try to upgrade from Jordan Mills on the right side. Williams was named a Second-Team All-Pro just two seasons ago, in 2017. However, he suffered a dislocated right kneecap and torn MCL during training camp last season, came back to play Week 1, but re-injured the knee and was placed on injured reserve, missing essentially the entire season. His health will certainly be a point of discussion and something to evaluate, but if Bills’ medical personnel and coaches feel he’s recovered and ready to play, he could very well be a player they target. Prior to his injury last year, Williams had started all 16 games in 2017 and 10 games in 2016, all at right tackle.

James has had a very up-and-down career since entering the league as the 19th overall pick in 2014 by the Dolphins. He started all 16 games for Miami his rookie year, first at right tackle, but then on the left side after Brandon Albert suffered an injury. He was much better on the right side, and especially early in the season. He moved back to right tackle in 2015, but was placed on injured reserve midway through the season. James had a nice bounce-back year in 2016, starting every regular season game, and the team’s lone playoff game. That led to the Dolphins exercising their fifth-year option on his rookie contract, guaranteeing him just under $9.4 million for 2018. He suffered a hamstring injury midway through the 2017 season, then started 15 games last year while playing on that fifth-year option. So, essentially, James has played a full season, half season, full season, half season, full season since entering the league. He’s played (and started) 62 of a possible 80 games. He might be an upgrade for the Bills, but at what cost? With the tackle market so thin, James might get a higher deal than he normally would in other years given his career path.

I remember seeing Brown line up against the Bills on Monday Night Football back in October. My first reaction was, “oh, my God, that is one huge man!” He’s 6’ 8”, 380-pounds and started all 16 games for the Patriots last season at right tackle, protecting Tom Brady, and of course went on to win Super Bowl LIII, as well. The Patriots acquired Brown from the San Francisco 49ers, who traded him away three years after they drafted him in the seventh round of the 2015 Draft. New England needed a replacement for Nate Solder, who left via free agency, and Brown came in and started at left tackle immediately. Any team signing him would probably be committing the kind of money that they almost definitely are playing him at left tackle. The Bills currently have Dion Dawkins in that spot. There’s no indication they want to move him to the right side, but a move like this would probably mean that’s the case. Brown has always been considered a good pass blocker, especially for his size, but the Patriots were also able to tap into his run-blocking potential much better than the 49ers were able to. Was that mainly because of offensive line coach Dante Scarnecchia, considered one of the best ever at what he does? Or is Brown emerging as one of the top young tackles in the entire league? That’s what teams will have to figure out if they are thinking of signing him to what will most likely be a big-money deal.

Paradis is considered the top free agent center on the market, and one of the top overall offensive linemen. He’s been talked about as a possible Bills target since last season ended, but after the team signed Spencer Long last week, you have to wonder if that means they’ll be out of the sweepstakes for him. It certainly won’t be cheap and Brandon Beane may have judged the landscape and already decided he didn’t want to go as high as where it looks like his contract might go. Long can also play guard, and with Russell Bodine coming off a broken leg and entering the last year of his deal, it’s still possible the Bills want to secure the position long-term and pursue Paradis, even given the expected cost. Paradis was drafted by Denver in the sixth round of the 2014 NFL Draft, and was originally cut by the team, spending all of 2014 on the practice squad. He won the starting center spot to start 2015 and never looked back, starting every game for the next three seasons. When his contract expired at the end of 2017 and Paradis was a restricted free agent, the Broncos placed a second round tender on him, which shows how much they valued him. He started the first nine games this past season, but suffered a broken fibula and missed the rest of the season. The Broncos were reportedly interested in re-signing Paradis a couple months ago, but learned his asking price was too rich for their own blood. How high is that price, exactly?

Some believe Morse is a more valuable free agent than Paradis because he’s two years younger. He’s basically been Kansas City’s starting center the past four years, since entering the league as a second round pick in 2015. He’s very athletic and considered an excellent pass protector. His main issue of concern is that he’s only played 18 games over the past two seasons, missing nine games in 2017 after twice spraining his foot and then five games last year after suffering a concussion. He’ll probably get less than Paradis, and at his age, if he can stay healthy, that could mean a much more valuable deal for whomever signs him.

It remains to be seen if Saffold will truly even be available. He’s spent his first nine years in the Rams organization and indications are he wants to stay there, and they’d like to make that happen. If he does hit the market, this is a versatile, solid lineman who would help any team in both the run and pass game. After starting his career at left tackle, the Rams kicked him inside a few years ago and he hasn’t missed beat at left guard, remaining steady, reliable, and durable. Saffold has missed only two games over the past three seasons. His age might cause some teams to pause on giving him the big money, but if he and the Rams can’t come to an agreement and Saffold becomes a free agent, he’s expected to be the most sought-after guard on the market.

Quinton Spain
Current team: Tennessee TitansAge at start of season: 28
Spain’s had to work for everything he’s earned so far in the NFL. He came into the league as an undrafted free agent in 2015, signed by the Titans. After making the initial 53-man roster, he then wound up starting six games at guard. In 2016, he won the starting job and has held it ever since, missing only five games over the last three years. He’s regarded as an excellent pass blocker, but the Titans have also had a solid running game throughout the time Spain has been one of the starting five. After the 2017 season, Spain was a restricted free agent and the Titans placed an “original round” tender on him, meaning they had the right to match any offer any other team made. He stayed in Tennessee, playing on that $1.907 million one-year deal. Now he’s eligible to be an unrestricted free agent and really see what he’s worth. He’s hitting free agency at the right time, with plenty of starting experience and still only 28-years old, so it will be interesting to see what kind of market develops for him.