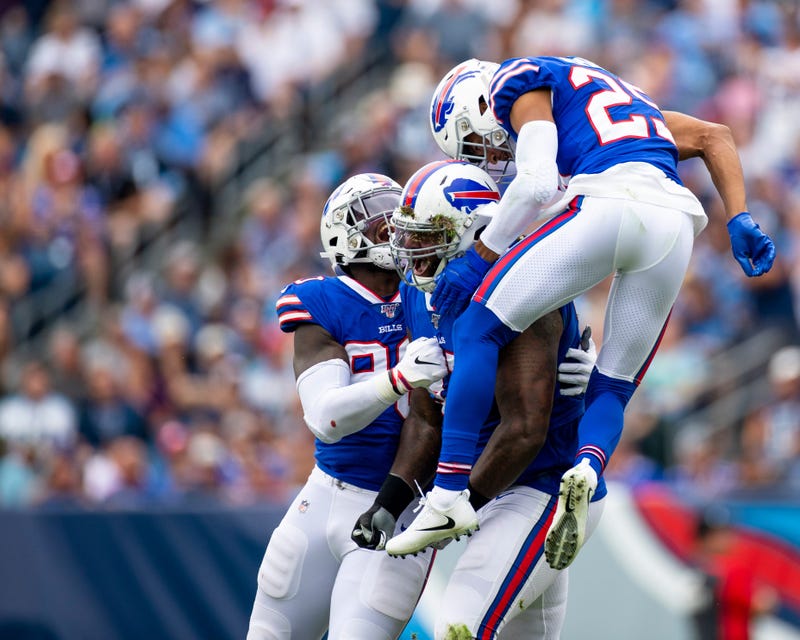 It's hard to imagine a better start to the season for the Buffalo Bills, who sit at 4-1 in the standings heading into their bye week.

While the offense under second-year quarterback Josh Allen has not been much of a story to talk about, the Buffalo defense is starting to gain a lot of attention in the national spotlight.

The Bills rank as a top-five defense in a number of categories, including third in average points per-game (14.0), fourth in total points (70), third in yards per-game (275.0), and second in yards per-play (4.5). Despite the team's only loss this season to the New England Patriots in Week 4, the defense held their offense in check the entire game, only allowing 224 yards of total offense and holding quarterback Tom Brady to 150 yards passing.

This past week against the Tennessee Titans, the defense helped lead the Bills to victory in a big way, only giving up seven points to the Titans, while limiting them to 252 yards of total offense.

Greg Cosell from NFL Films was just one of the national media members to take notice of the Buffalo defense in the past couple of weeks. He joined John Murphy and Steve Tasker on One Bills Live on Wednesday afternoon for a film breakdown of the Bills' start to the 2019 season.

Here's some of what he had to say:

Cosell on how other offensive coaches feel about going up against McDermott's defense:

"I've talked to NFL coaches, offensive coaches who always tell me that going up against a Sean McDermott defense is a very tough assignment. You have Sean, [defensive coordinator] Leslie Frazier, you have a lot of experience in that defensive room; this is a tough defense to play against."

Cosell on the Bills defense:

"It's a defense that doesn't look exciting because it's not high percentage blitz, they don't bring people from all over the field. They blitz here and there, they selectively blitz and can be very effective when they do that. It's really a defense that lines up plays, plays really efficiently, doesn't make mistakes and is not out of position."

Cosell on key pieces of the Bills defense:

"I think Matt Milano is a really important piece of this defense. I know he missed some time in this game as well and they ended up playing Maurice Alexander, who's actually a former safety. But I think that Milano, to me, is a really, really good player, and you know he's not a guy that gets talked about nationally."

Cosell on the play of Josh Allen:

"I thought there were a couple of throws in this game that were really the kinds of throws that you look at and say that's a step up. He has to get rid of those. You walk a fine line with quarterbacks who have a great second reaction improvisational ability, and, ultimately, what you hope happens is that they learn from their mistakes. So, obviously, the interception to [Titans safety Kevin] Byard, you have to learn from that. You know he had three the week before against the Patriots; you have to learn from that."

"There was an 11-yard completion to Duke Williams on 3rd-and-4 in the second quarter, where I thought Allen showed tremendous patience in the pocket where he scanned from right-to-left and stayed very comfortable and poised in the pocket. I thought that was a really good example of a play that showed improvement."