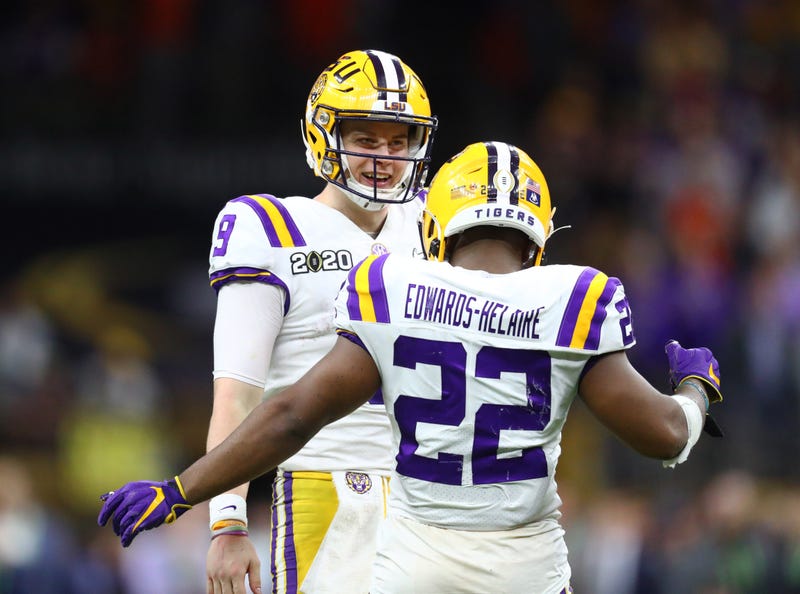 Winning Rookie of the Year in the National Football League involves many factors outside of simply who the top talents are coming out of the latest draft class. Team situation, unique story lines, and what position a player is always tends to play a role.

On offense, a quarterback or running back has won the award all but three times over the last two decades.

At the conclusion of the weekend's 2020 NFL Draft, there appears to be a few prospects set up better than most to come away with some hardware in their rookie season.

Even if they don't have the "best rookie season," a quarterback will always have an advantage. There is an even bigger advantage for a quarterback that goes first overall. Last year was no different as Arizona Cardinals quarterback Kyler Murray took home the award over more deserving rookies like Philadelphia Eagles running back Miles Sanders and Oakland Raiders running back Josh Jacobs.

Joe Burrow certainly should be the early favorite to win Offensive Rookie of the Year. The Bengals aren't expected to be a serious contender in 2020, giving Burrow (like Murray in 2019) plenty of opportunities to load up the box score passing the football.

The Ohio native has a fairly strong supporting cast on offense too, featuring wide receivers A.J. Green, Tyler Boyd, and second round rookie Tee Higgins, as well as running back Joe Mixon.

Running backs taken in the first round tend to be early favorites to win Rookie of the Year. Especially a multi-dimensional one like Clyde Edward-Helaire, who heads to Kansas City, the most dynamic offense in the NFL under head coach Andy Reid and quarterback Patrick Mahomes.

This is the first time Reid has ever been a part of selecting a running back in the first round, so he must have a very involved plan for the former LSU Tiger.

Edwards-Helaire not only ran for over 1,400 yards and 16 touchdowns in his final season at LSU, but he also caught 55 passes for 453 yards. That is nearly 2,000 yards worth of production in an offense that featured quarterback Joe Burrow, and top wide receiver prospects over the 2020 and 2021 drafts in Justin Jefferson and Jamar Chase.

Skill position players tend to thrive with Reid, and that shouldn't stop with Edwards-Helaire.

Compared to other wide receivers selected in the first round, TCU's Jalen Reagor landed in the best situation to shine early.

From Day 1, Reagor will be featured as a top weapon for Eagles quarterback Carson Wentz, who thrives throwing the football to explosive targets like the former Horned Frog.

Head coach Doug Pederson is one of the best at drawing up plays to get his best run-after-catch playmakers in space. There weren't many prospects better in that area than Reagor.

Quality meets quantity with this pairing.