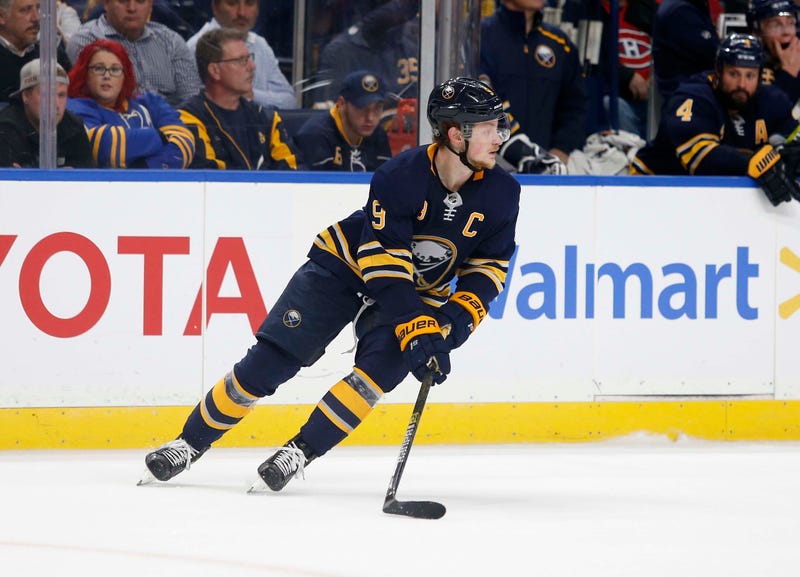 Regardless of the sport, it is rare you see an elite athlete like Jack Eichel missing from postseason action. It takes an entire team, but you have to imagine if an organization has one of the best players in the league, they should be appearing in the playoffs more times than not throughout their career.

Not only have Eichel and the Buffalo Sabres now missed the playoffs the first five years of his NHL career, but they also haven't even played an important game late in the regular season with playoff implications at stake.

It is lonely company for Eichel, who is the only player that finished the regular season top-10 in points that will not be playing in the postseason when play resumes this July.

The NHL's 24-team playoff format gave the Sabres and other teams not likely to qualify for the playoffs in the regular setup eight extra slots to compete for a Stanley Cup. An infuriating thought that the Sabres still couldn't get in a 12-seed Eastern Conference bracket becomes even worse when you realize Buffalo was 13th. They missed by just three points.

It's a worst case scenario when looking back at where expectations were when the Sabres threw an entire season away for the right to draft Eichel in 2015.

The Boston University product became exactly what the team, media, and fans embracing the tank thought he would be as a star forward. Each year, Eichel has improved in virtually every area, while it feels like the team has regressed since his first season.

To have a Hart Trophy candidate that averaged over a point per-game with 78 points in 68 games, and still miss a 24-team playoff? It goes to show just how far into rock bottom the Sabres have fallen.

Even in hockey, where it is harder for one player to impact the outcome of a game as much as say a quarterback in football, this kind of thing doesn't happen often. The Edmonton Oilers haven't taken advantage of having one of, if not the most talented hockey player ever in Connor McDavid, but they still made a deep playoff run by Year 2 of McDavid's career. In 2020, they are a top-four seed in the Western Conference.

The few comparisons in the NHL to Eichel's situation would include former Columbus Blue Jackets forward Rick Nash and Calgary Flames forward Jarome Iginla. Nash was a former first overall pick of the Blue Jackets in 2002 and didn't get his first postseason experience until his fifth season in the NHL.

As for Iginla, he played in two playoff games as an 18-year-old, but then didn't get back to the playoffs until Year 8. The Flames eventually turned it around before it was too late, making the Stanley Cup Final with Iginla in 2004, but losing in seven games to the Tampa Bay Lightning.

Will the Sabres take advantage of Eichel's last six years of his current deal? It would be devastating to see any more of his talent wasted, but the path the organization is currently on doesn't provide a lot of hope.