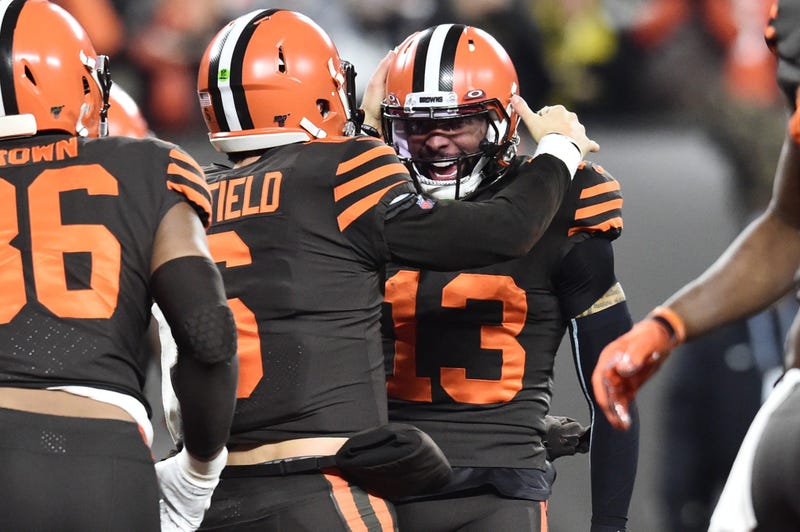 What seemed like an apparent cake walk to the playoffs for the Buffalo Bills in the AFC started to appear otherwise last week.

Buffalo fell to 6-3 after a 19-16 loss to the Cleveland Browns this past Sunday. The Pittsburgh Steelers won their fourth straight game to get to 5-4. The Oakland Raiders and Tennessee Titans also won, getting to five wins on the year.

Suddenly, the Bills were only a game or two up on five teams.

The first Week 11 matchup started off on the right foot in the Bills' push to the postseason, as the Browns made it two straight wins by taking down the Steelers, 21-7 on Thursday Night Football.

A loss for the Steelers is important for Buffalo. Riding a four-game winning streak and only a game behind the Bills, dropping to 5-5 kills a little of their momentum. It gives the Bills some breathing room.

Buffalo and Pittsburgh are scheduled to face off in Week 15, which will be crucial in the race for a Wild Card spot. Having the head-to-head tie-breaker is important, but the Steelers dropping another game helps the chances that it won't need to come down to that.

Cleveland did the Bills a favor, and the old saying "the enemy of my enemy is my friend" was never more truer on Thursday night.

Nonetheless, the Browns are still an enemy. At 4-6, there are a lot of other teams to be concerned with, but the Browns have the talent and the schedule to make other AFC contenders, like the Bills, sweat it out.

Cleveland still gets to play the winless Cincinnati Bengals twice, the 2-7 Miami Dolphins, the 3-6-1 Arizona Cardinals, and the Steelers again in two weeks.

The Bills have a hold of the fifth seed by a game, but the schedule is no longer going to save them from holding off these teams in the hunt. They need to start putting together more consistent, four quarter performances.

If not, winning teams like the New England Patriots, Baltimore Ravens, and Dallas Cowboys could start to pile up losses for the Bills.