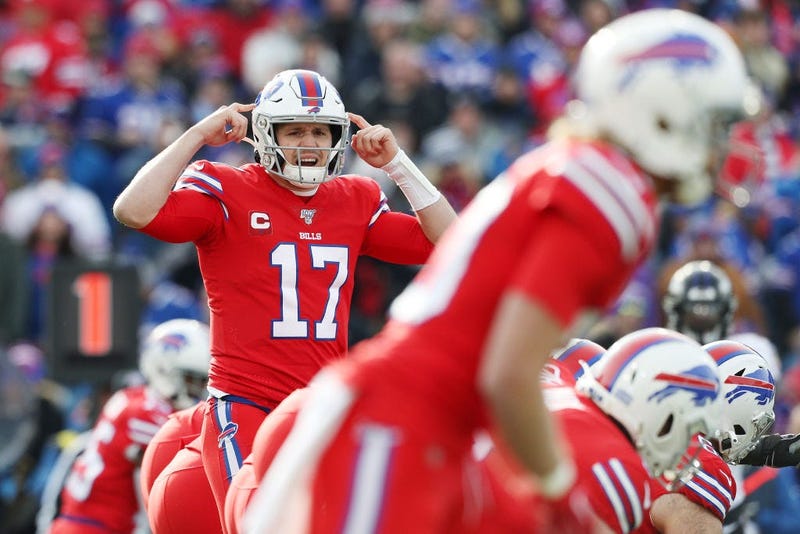 While many of us stay at home and help our kids with their online schoolwork during this COVID-19 pandemic, it's easy to have a great appreciation for our teachers and the job they have to do every day.

So, in honor of those teachers, but also to have some fun, here's an A-to-Z rundown and guide of the Buffalo Bills offseason from players they've acquired, to statistics they need to improve on, to expectations for the 2020 season, and more.

Read it along with your kids for a fun way to learn about the Bills:

It’s fitting we start here because the 2020 Bills could very well be defined by how well Josh Allen plays.

Not just one "B", but two for the general manager here, fittingly, since he's had so much to do with their turn around since arriving in 2017.

This may be the only spot out of 22 offensive and defensive positions that is open and up for grabs. Levi Wallace, Josh Norman, and E.J. Gaines will all be vying to start.

The Bills have plenty of it. In fact, many believe this is their most complete and talented roster since the 1990s.

The team’s first draft pick, taken in the second round, should step right into a rotational role at defensive end and hopefully provide a boost in pass rush.

That’s what the Bills are as of right now to win the AFC East. The website Betonline.ag currently has the Bills at +125 to win the division, with the New England Patriots at +130 and the New York Jets and Miami Dolphins +800 longshots.

Something the Bills will do four times this year, including trips to Las Vegas, Arizona, San Francisco, and Denver. Part of a schedule that requires them to travel roughly 20,000 total miles.

Something the Bills have to do a better job of protecting this year. Last season, they went only 4-4 at home. With teams like the Kansas City Chiefs, Pittsburgh Steelers, Los Angeles Rams, and Los Angeles Chargers coming to New Era Field this year, it won’t get any easier.

The sixth round wide receiver brings much needed size at 6-foot-4, and has terrific hands. ESPN analyst Mel Kiper called Hodgins the team's most underrated pick of this year‘s draft.

That’s what the Bills are after. Of course, they’ll have one in the regular season finale (Jan. 3 vs. Miami), but I mean a home playoff game. It’s time they took that step.

After Stephen Hauschka’s struggles last yea,r it’s going to be tough for him to hold down his job after the Bills selected the strong-legged Bass in the sixth round.

One year after Kyle Williams retired, Lorenzo Alexander did the same. That’s a heck of a lot of leadership gone in 12 months. How others step up and fill that void will be a key to continuing the culture head coach Sean McDermott has built.

The Bills can save over $7 million by releasing Murphy prior to the season, and after selecting Epenesa many believe they could very well do that. However, Murphy recorded five sacks and 17 tackles over the final four games, including two sacks in the playoff loss against the Houston Texans. So his situation is one to monitor.

Piggybacking on the above about coaches and coordinators, the Bills also have all five primary starting offensive linemen returning from last season. According to Thomas Emerick of The Sporting News, they are one of only five teams with that distinction headed into 2020.

The Bills are scheduled to play four national television, primetime games, the most for the franchise since 1996.

One was re-signed on the offensive line and the other was signed a free agent on the defensive line. Both will have a huge role in the trenches in 2020.

The Bills need to improve on their yards per-play given up on the ground. While they ranked 10th in overall rushing yards per-game allowed, they were 18th with 4.25 surrendered per-carry.

The Bills rewarded one of their better players with a two-year, $19.5 million contract extension, tying him to the team for another three seasons.

The Bills signed eight undrafted free agents to compete for roster spots, including Washington offensive tackle Trey Adams, who was considered a potential early-round draft pick by many before suffering several injuries in college, and Toledo fullback Reggie Gilliam, who blocked six kicks in college.

While a lot of focus has been on the Bills selecting Tyler Bass to compete for the kicking job, they also signed the strong-legged Vedvik to compete with Corey Bojorquez for punting duties. Vedvik can also kick field goals and kickoff.

Everyone’s favorite rugby-tuned-NFL player will be back with the team in training camp in 2020 as part of the league's International Pathways Program, and all the rules stay the same. Wade can make the club, but if he doesn’t, he can be signed to the practice squad as an extra, exempt player, but then unable play in a regular season game in 2020.

The X-receiver is the split end (as opposed to the “Z” receiver who plays the slot). The Bills have John Brown, mainly an X-receiver who can also play the slot, and Cole Beasley, a slot receiver. By trading for Stefon Diggs, who can play both, offensive coordinator Brian Daboll now has plenty of options of how he wants to deploy his personnel.

What starting middle linebacker Tremaine Edmunds still is. Edmunds has been in the NFL for two full seasons and already started and played 31 NFL games. He just turned 22-years-old this month, which means he's still the youngest player on the roster, outside of their 2020 draft picks and UDFA signings.

By selecting the Utah running back in the third round, the Bills now have a solid, young, one-two punch in the backfield with Moss and Devin Singletary. Now the question is who will be the one and who will be the two?

music
Wendy's once again shows off Pop Punk credentials with My Chemical Romance tweets
music
Goo Goo Dolls want their new Christmas album to 'make people forget about all the crazy stuff that's going on'
music
Luke Combs' first look at his wife at their wedding brought more tears than expected
music
Lady Gaga pulls out all the stops and urges us to vote in her most iconic looks
music
RADIO.COM presents ’90s Country’ with Kelly Ford every Sunday night
music
Quarantine Bop: Vin Diesel back with emotional second song, 'Days Are Gone'