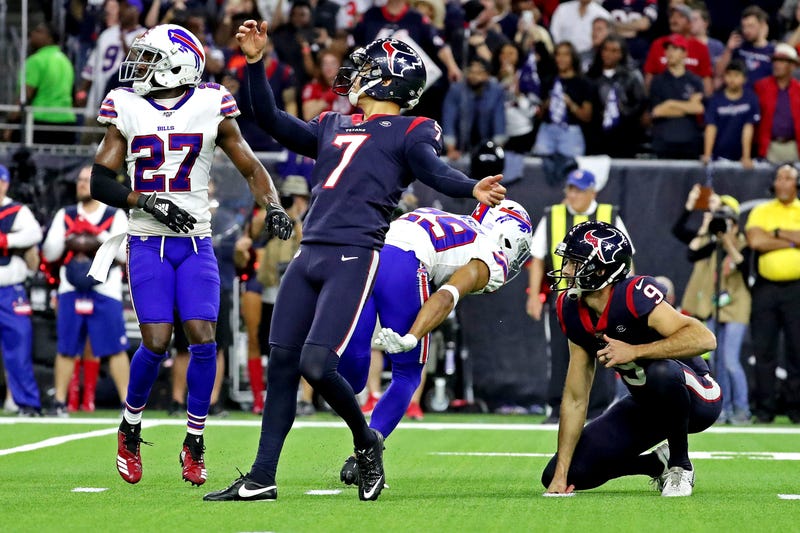 The Buffalo Bills lost in heartbreaking fashion... stop me if you’ve heard that before.

This time, they lost to a superior quarterback who made championship plays when it mattered the most. The Bills didn’t.

Only, I wish it was as easy as that.

I’m not totally sure where to start with this one, but I eventually want to (and will) get to a positive place because at the end of the day, this has been one of the most rewarding football seasons of my (youngish) football life.

The Bills won 10 games for the first time since 1999, and it always felt like they could have had 11 or even 12. I think they’ve found their quarterback of the future, and I’m more than confident the head coach and general manager are the right guys for the job.

But there’s something about that Wild Card game against the Houston Texans that will, undoubtedly, stick with many Bills fans until August, at the very least. It was a tremendous opportunity in an overwhelmingly winnable game, up 16 points with a defense that has shut down nearly every offense it faced all season.

It’s difficult for me to look at this as a failure on the part of the defense. Seven sacks of Deshaun Watson, a forced fumble on their All-Pro wide receiver DeAndre Hopkins after shutting him out the entire first half, and several big stops on third down. However, it’s equally as difficult to ignore their failure on 3rd-and-18 in overtime that would have put the ball back in the hands of the offense, then the subsequent missed tackle on Watson when the defense had him dead to rights, just to watch him squeak away to find a wide-open Taiwan Jones. That play will replay in my nightmares.

Having said all of that, at the end of the day, the defense held the Texans to 19 points in regulation and, I’m sorry, that has to be enough to win you a football game. Point blank, period.

Just four short weeks ago, the Texans allowed rookie quarterback Drew Lock, making his second career start, to throw for 300 yards and three touchdowns en route to 38 points and a Denver Broncos win in Houston. The Texans finished the year at the bottom half of the league in nearly every major defensive category and advanced metric. Their best player was playing in his first game in nine weeks with a surgically repaired pectoral muscle. Their secondary filled with retreads and former first round busts. A defense that let up over 100 yards after contact and tackled miserably all afternoon.

The failure to me lies with Brian Daboll and the Bills offense. Daboll called a beautiful first half, outside of one play right at the end of the half. Instead of throwing the ball to score, they handed the ball off to Frank Gore, who’s averaged less than two yards per-carry the last month of the regular season. They’d kick a field goal and go to the locker room.

Daboll also completely forgot about his running game and Devin Singletary, who likely played the game of his life during overtime, and ultimately had Allen throw 46 times in total. It was a poorly called second half, and one that led to just three points.

At the end of the day, it’s likely the Bills just weren’t talented enough offensively to win, and I can live with that. The Bills have glaring needs on the edge defensively and up front along the offensive line. They took major steps from 2018 to 2019 along the offensive line, but they were taken advantage of late in the ball game and it was on full display.

They also likely need to make a move at the running back position in the offseason. I love Frank Gore and am thankful for his time here, but their inability to break big plays from the backfield hurt them all season long. His presence, much like Lorenzo Alexander’s, will be greatly missed in the locker room in 2020.

Lastly, it’s apparent, and has been for some time, that this team needs a legitimate top-target wide receiver. Someone Allen can rely late in a game to go up and make a play. Duke Williams was probably their best receiver on Saturday, and that’s a huge concern considering he rode the bench 80% of the season.

I know, it’s tough looking to the future with a present that feels like it’s been ripped from our dying grip. It was disappointing, heartbreaking and many of you will drink your weekend away.

I’m here to tell you unapologetically that there is so much to be thankful for this season.

Keep your heads up, Bills Mafia, I think we’re at the beginning of something really special.