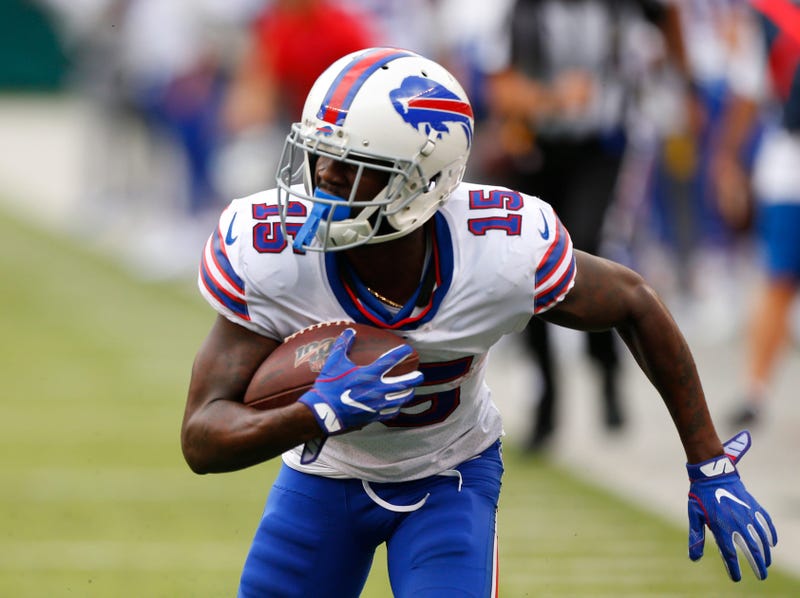 The Buffalo Bills are on the road again this Sunday, and they are heading back to MetLife Stadium to take on the New York Giants.

Las Vegas has the Bills at a minus-2 favorite for this matchup, despite being the road team. While being on the road could be a factor in the lower line, the Giants are 0-1 after a 35-17 loss to the Dallas Cowboys, where they allowed 494 yards of offense.

The Giants are seen as one of the poorest rosters in the NFL this season, along with a team like the Miami Dolphins. Their only legitimate threat on offense is running back Saquon Barkley, while 2019 first round quarterback Daniel Jones is waiting in the wings behind aging veteran Eli Manning.

This possess the question: should the Bills be bigger favorites? At what line are people comfortable with taking the Giants to cover?

Fans headed to Twitter to give their thoughts on Wednesday's late night discussion.

Giants should be heavy dogs:
Many contributors to the discussion wouldn't feel comfortable with the Giants covering the spread unless the number is in the double-digits.

10.5+. With the Giants main threat being Barkley, Daboll maybe working Singletary in more, and a 4 min offense to end the game I suspect a lot of rush attempts. That'll keep the clock cruising along. I got the Bills winning something like 10-20 or 10-23.

A lot of confidence flowing through the veins of Bills fans and a belief that the Giants are in the cellar of the NFL.

Not so convinced:
There were some who are still skeptical that the Bills can roll through a team, regardless of opposing talent.

Legit still traumatized by the last 19 seasons. I know its a new regime and not a logical mind set, but I'd take the Giants now and would feel assured that the bills would find away to loose it.

The Bills have an opportunity to prove that this is a new era of Buffalo football.

It is hard to imagine a scenario where the Giants get a win, even at home, if they continue to play that poorly defensively. Manning also continues to show that his productive days are long gone.

If Dak Prescott can throw for 405 yards, Josh Allen should be able to put up a pretty big game too.

As for stopping Barkley, the Bills were able to hold another star running back in Le'Veon Bell to just 60 rushing yards on 17 carries (3.5 yards per-carry) last week.

Only take the Giants to cover if it is a 10-plus point spread.