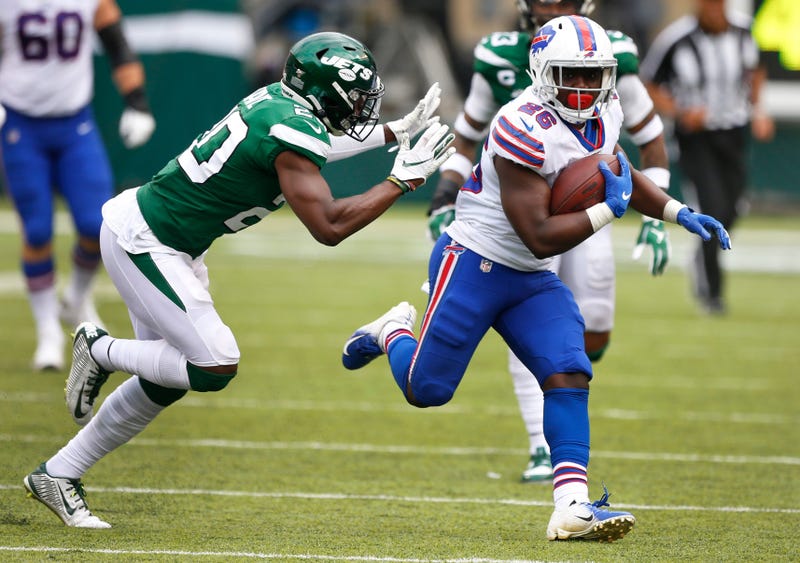 In the Buffalo Bills' 17-16 comeback win over the New York Jets in the season opener at MetLife Stadium, quarterback Josh Allen and wide receiver Josh Brown were the clear heroes of the victory.

The duo connected on a 38-yard touchdown with just three minutes left to take a one-point lead that the defense was able to hold onto with one final stop.

Allen will be the talk of town all week and deservedly so. There were however, many other players who played crucial roles in the win.

Who were those players?

Fans took to Twitter on Monday night to discuss some of the more underrated contributors that helped get the Bills to 1-0.

Late night discussion: Who was an underrated part of the #Bills comeback win over the Jets?

Singletary. They need to use him early and maybe even feature him.

Running back Devin Singletary didn't see a single touch until late in the second half, but made the most of his limited workload. The rookie rushed for 70 yards on just four carries, and added 28 yards through the air on five receptions.

Many fans are hoping Singletary's efficiency in his NFL debut convinces the Bills to make him the featured back.

Tight end Tommy Sweeney showed off his impressive hands, bringing in a 29-yard completion down the right sideline in the first half. He finished the game with two receptions for 35 yards.

The offensive line. They did some great blocking to rip off some big runs and gave Josh the time he needed to throw the ball down the stretch.

Some love for the offensive line.

Don't forget about the defense:
Although the offense made the play that gave Buffalo the lead, the defense kept the Bills in it all game.

Defensive end Shaq Lawson was one of the best players on the field. The fourth-year pass rusher had four tackles, a tackle for a loss, a pass deflection, and a sack on the day.

The Bills' 2019 rookie class really came through on Sunday. Defensive tackle Ed Oliver got to Sam Darnold all game long. According to Pro Football Focus, Oliver had an impressive 79.5 pass rushing grade. Pro Football Focus also graded Oliver as the best player on the field for Buffalo on both sides of the ball against New York.

Cornerback Levi Wallace was matched up against the Jets' top wide receiver in Robby Anderson for a good portion of the game and held him to a very underwhelming day. Anderson finished with just three receptions for 23 yards.

A lot of great choices here, but Oliver has to be the pick. The rookie played up to his ninth overall draft value. Having an interior lineman that can rush the passer as consistently as Oliver did is so valuable. Quarterbacks hate pressure up the middle of the pocket more than anything.

Expect the consistent pressure and quarterback hurries to result in sacks not to far in the future.