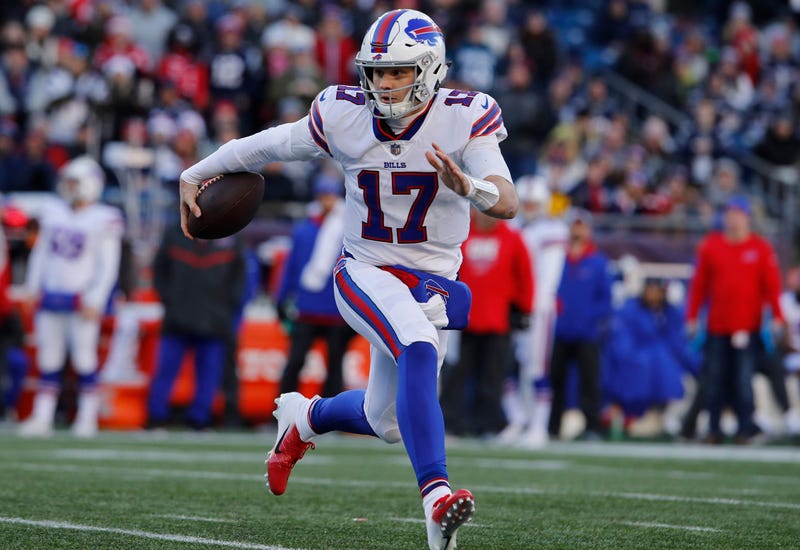 It looks like a whiteout is coming to New Era Field for the Buffalo Bills' home opener this Sunday against the Cincinnati Bengals.

The Bills will take to the field this week in white jerseys and white pants.

Buffalo will sport the white jerseys for the third straight week, but this time white pants will replace the blue pants worn over the last two road contests at MetLife Stadium.

What do fans think of the decision to go all white for the opener? Would they rather have the blue jersey make its debut? Blue on blue? Stick with white on blue?

This is what I like hard hitting, thought provoking discussions.

This is what we are here for, Jon. If they don't look good, they won't play good.

Contributors to Wednesday's late night discussion took to Twitter for your filling of jersey takes for the night:

Stick with what's winning:
It appears we have a few superstitious fans joining in on the conversation.

I love white on white....but they’ve won the past 2 White on blue....don’t change it

The Bills are 2-0 while wearing white jerseys and blue pants this year. 46% of voters want the winning look.

Bring the color:
While it wasn't an option to vote on, blue jerseys were a popular choice in the discussion.

Blue on blue all day

I think all of their uniforms are great, but I have to say that the blue on blue is my favorite!

For home games I like blue on white old school.

A lot of fans like the blue on blue. Can't go wrong with the traditional blue on white either.

White pants are the way to go no matter what jersey the Bills wear. The blue, red, and white jerseys all look better on top of the white. Hopefully the crowd gets in on the whiteout.