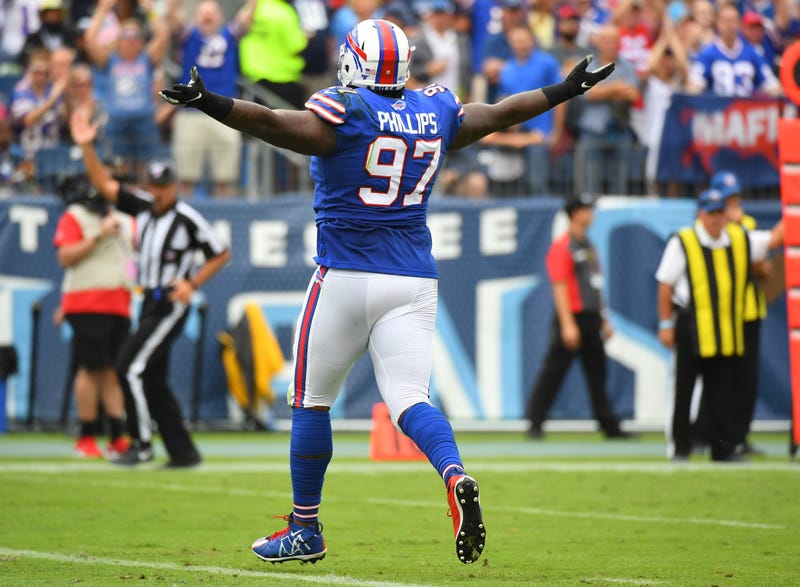 There have been many games over many seasons where, surely, I’ve complained afterwards about having to watch the one National Football League game where there just isn’t much happening. In an era where most weeks there are multiple games featuring quarterbacks putting up huge passing numbers and treating scoreboards like pinball machines, the Buffalo Bills have mostly never really been able to keep up.That hasn’t really changed at all as the 2019 Bills are still very much a work in progress on offense.But how about that defense though?Dominant is the word.

252 total yards for the Tennessee Titans on Sunday, one touchdown allowed and that came on a short field drive following a Josh Allen interception. Yes, the Titans missed four field goals as Cairo Santos had a very tough day, so that was helpful. At least one of those misses was partially blocked by Darryl Johnson, but still, it’s pretty rare to see a kicker miss that many kicks in one game and in a tight low scoring affair it was a big deal.The Bills defense was, again, stout against the run, holding Derrick Henry under four yards per-carry and 78 yards overall.

The pass defense is just flat out excellent. They sacked Marcus Mariota five times, and generally harassing him all afternoon. They did get burned on one screen pass that Jonnu Smith took 57 yards, but other than that there, once again, were no big plays available against the Bills defense.Injuries were a part of the story for the Bills in this game, and hopefully the bye week is hitting at a fortunate time. Mitch Morse left the game with an ankle injury, and Cody Ford appeared to suffer a head injury. With Ty Nsekhe already inactive, the Bills had to shuffle their offensive line. That meant Jon Feliciano sliding over from guard to fill in for Morse at center, with Spencer Long spelling Feliciano and Ryan Bates playing right tackle after Ford left the game.So the Bills' offensive line depth, something that was a focus in free agency, was tested and performed pretty well.

On defense, Matt Milano and Trent Murphy both left the game with injuries, so again, good timing with the bye.Something else that is worth watching moving through the bye week is how the Bills handle wide receiver Zay Jones from here on out. Jones was criticized widely for his lack of effort on two of Allen's interceptions in last week's loss to the New England Patriots. Head coach Sean McDermott even conceded that he’d have liked Jones to do a better job of becoming a defender when a defensive back is in position to make a pick.

Jones was a non-factor in Tennessee, and it appeared Duke Williams took his place in the lineup, and that decision proved fruitful when Allen found Williams for the winning touchdown.Needless to say, I think it’s a positive that the Bills, and maybe McDermott specifically, were willing to, for all intents and purposes, bench a player they’ve stood by in Jones and replace him in the lineup. There are lots of ways to win games. Making lineup changes when warranted is one way. Upgrading the depth of your offensive line is another. Both of those things were in evidence in this win over the Titans.It’s possible that without both of those things the Bills are looking at back-to-back losses going into the bye week. Instead, they’re 4-1 and home for their next three games, two of which are against the Miami Dolphins and Washington Redskins, teams that, at this point, look to be challenging for the No. 1 draft pick next April. With Philadelphia sandwiched in between, 4-1 becoming 6-2 looks entirely realistic.That, friends, means you are tracking towards your best season in 20 years. Pretty good.