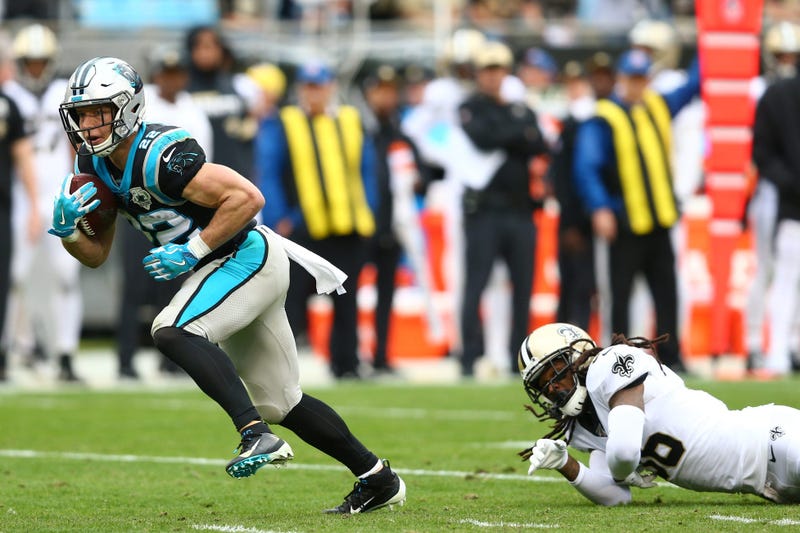 You have the first pick in your upcoming fantasy football draft. Congratulations, you are probably taking Christian McCaffrey and therefore, by having fantasy's most productive player last year by far, are set up for success.

In the second round you can get an elite receiver -- think Mike Evans or Amari Cooper -- and then in the third round perhaps the top player at another position (George Kittle? Lamar Jackson?).

Off to a great start.

Wait ... you say you didn't get the first pick in your draft?

Well that complicates things a little.

Maybe you're bent on taking a stud running back in Round 1, but you recently heard that Dalvin Cook is threatening to sit out -- and some wonder whether Joe Mixon and Alvin Kamara might do likewise. You could pivot and take a receiver instead; Michael Thomas of New Orleans is going top-5 in many drafts. But if you do that you'll be worried that you'll spend the rest of draft trying to catch up at running back.

There are many strategies, and dozens of articles online espousing each. I'm not stopping by here to try to outdo them, or reinvent anything. Instead, I'll just tell you what I would do. How I'll attack running back in 2020.

These aren't rules exactly. In every draft you have to be flexible and not resigned to any one strategy. They're more like "swing thoughts". The goal is to have the best overall team. How do we best get there?

So, where are we drafting?

If I'm in the top-3 it's easy: McCaffrey, Saquon Barkley, Ezekiel Elliott.

The 4-6 range is my least favorite. As awesome as the returns have been in recent seasons, Michael Thomas can be yours. I just don't like how my roster takes shape if I take Thomas in this range. There's all the more pressure this way to take a running back in Round 2, and I have two problems there. None of the RBs in that range seem for me the right price (Aaron Jones, Miles Sanders, Clyde Edwards-Helaire). The other problem is, if I pass on them and take, say, Evans, the pressure at running back continues to mount.

I'll pass on Thomas and ride with Kamara, Derrick Henry or even Cook. The wide receiver depth in 2020 is incredible and I am at no risk of being shorted at that position.

That said, I'd rather be closer to the bottom of Round 1 than this 4-6 range. Nick Chubb might be the best running back in the league; as I've done before I'll take my chances with Chubb and hope to ride out the Kareem Hunt factor. (There's some speculation Cleveland and its new coaching staff will use Hunt more as a wide receiver, lessening the damage to Chubb's workload.)

The key thing for me is that I get one of them.

When you're preparing for your draft do yourself the favor of simulating the whole thing in advance -- not just the first few rounds. Do so a few times maybe, using different strategies. When I'm picking between 9 and 12, as tempted as I am to start DeAndre Hopkins-Julio Jones, for example, I'll resist that urge. I'll take one of them but not both.

Then when the draft comes back to me in Rounds 3 and 4 I'm not banking on having, say, Leonard Fournette and David Montgomery as my projected starters. Again, one of them as my RB2 is OK. Would much prefer Jacobs-J. Jones-Allen Robinson-Melvin Gordon to a team of Hopkins-Jones-Fournette-Montgomery.

In Edwards-Helaire, Indianapolis' Jonathan Taylor and a few other examples you have super-hyped rookies on teams that made a real investment in them. It's not at all like I won't draft these guys, but in most drafts I'm in there are other players who are *here for* the rookies. You take Taylor and I'll take boring Melvin Gordon. That's fine.

I'm also not a "handcuff guy", especially when it comes to protecting those early first-round picks. Alexander Mattison of Minnesota, or Elliott's backup in Dallas, Tony Pollard, as I look at it take up a roster spot I'd rather use on a guy who gets, you know, real playing time. Maybe in the last 3-4 Rounds I can see my way to a handcuff -- but even then, these are players I might expect to cut for an early-season waiver pickup. To me handcuffs are rarely worth the price, or the effort.