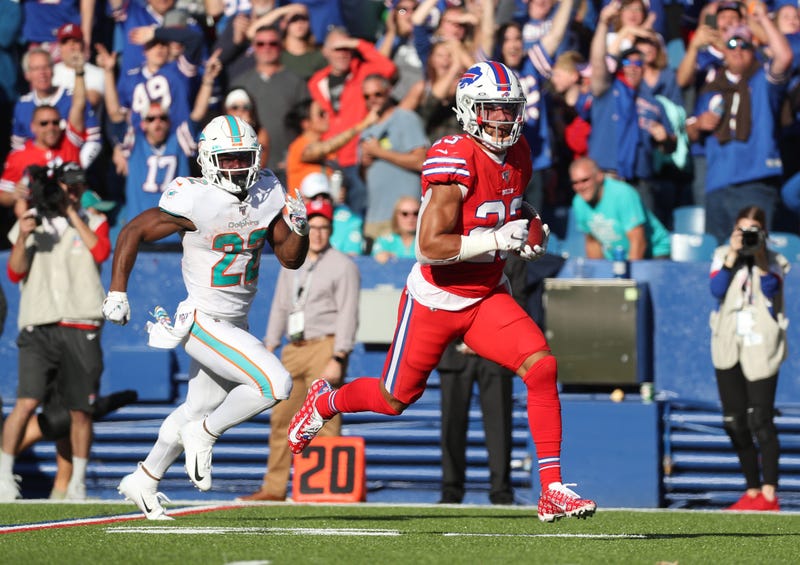 Be honest. Your team is down by one score with under two minutes left and no timeouts. An onside kick is the only chance at regaining possession of the ball and a chance to win/tie the game.

How confident are you about getting the ball back?

The NFL might finally have an alternative for teams trying to get the ball back.

The Philadelphia Eagles proposed a rule change earlier this offseason that would give a team the option of an onside kick, or a 4th-and-15 play at their own 25-yard line to regain possession. A similar proposal was also made in 2018 by the Denver Broncos, which was tested at the Pro Bowl.

A team going for the 4th-and-15 play would be required to tell in-game officials of their intention, which would then be forwarded to the opposing sidelines.

Once a decision to go for a 4th-and-15 has been made, a team cannot then elect to kick on the free play. If the offense gets penalized on the play, they cannot change their minds and kickoff.

If a team going for the 4th-and-15 play do not convert, the opposition will get possession at the dead ball spot.

Multiple reports indicate the idea is gaining steam around the league.

NFL clubs today received updated playing rules change proposals.Most interesting: an alternative to the onside kick that would allow a team a chance to maintain possession by going for it on 4th-and-15 from their 25-yard line. Sounds like support for the idea is growing.

And as @ProFootballTalk mentioned, there's growing support for the Eagles' proposal to replace the onside kick with a fourth-and-15 play from the kicking team's 25-yard line.Under the proposal, teams could do this a max of two times per game.

Overall, the concept of an alternative to the onside kick makes perfect sense. Teams should have a much better chance of getting the ball back than the 6% converstion rate an onside gives you.

Asking Josh Allen and the Buffalo Bills offense to get 15 yards is a way easier ask than Stephen Hauschka trying to kick the ball high, far, and wobbly enough for his special teams unit to get past 11 yards in time, and hope the return team drops or fumbles the ball.

It would be an extremely entertaining situation to watch late in games.

However, is it too easy of an alternative? For the likes of Patrick Mahomes, Lamar Jackson, Russell Wilson, and Aaron Rodgers, 15 yards doesn't always seem like much.

Would it be fair to give them that kind of chance trailing late with no other options?

Of course, every team would have the same chance too, so if it is this or stick with only an onside kick? The NFL would be smart to put this idea into practice.

What do you think about the idea? Let us know below or follow us on Twitter: @WGR550.
Onside kick alternative "picking up steam" around the NFL