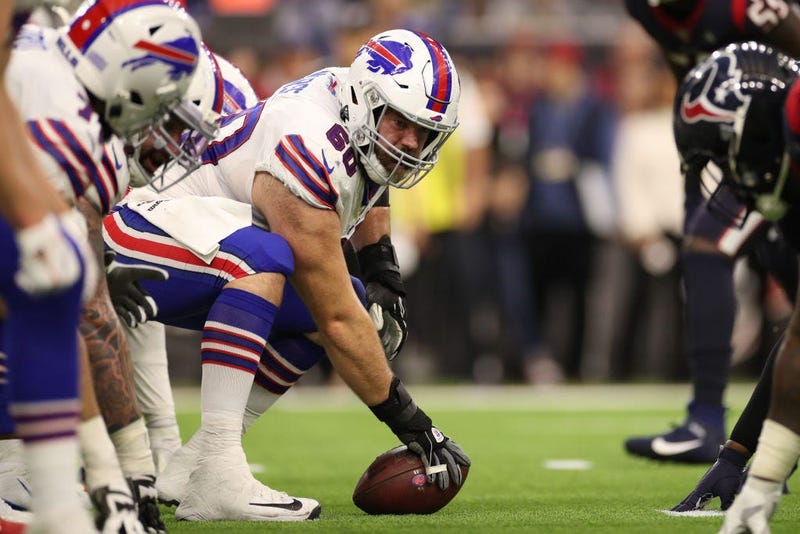 My State of the Bills series continues with a look at the offensive line position headed into the 2020 offseason:

State of the Position:

You’d be hard-pressed to find any team in the National Football League that had as much turnover upfront as the Buffalo Bills.

The only returning starter from 2018 into last season was left tackle Deon Dawkins. But considering four new starters and several new reserves, they did a really good job of bringing the unit together and having a nice season together. However, there's still work to be done and areas to improve.

Dawkins was one of the most improved players on the entire roster last season. After, what many believed to be, a disappointing sophomore season, he stepped his game up and took ownership of what he needed to do to become the unquestioned starter at a vital position. He’ll be going into the final year of his rookie deal in 2020, and the team needs to address that at some point over the next year.

Feliciano became an incredibly valuable addition, signing as a free agent from the Oakland Raiders. He was thought to be a depth player who might have a chance to start, but turned out to be a solid starting right guard all season who also had to play center when called upon. His toughness and position flexibility fit exactly what the Bills look for in players.

Morse signed a contract making him the highest paid center in the league last offseason. He suffered a concussion early on in training camp and missed the entire preseason, but came back in time to start every game in the regular season and playoffs. He struggled at times with big, physical interior defensive lineman, but he’s a good pass-blocker, very athletic, and able to pull and get out in front of plays.

It will be interesting to see what happens with Ford going forward. He and Nsekhe rotated at right tackle every couple series all season until Nsekhe was injured Week 11 against the Miami Dolphins and missed the next five games. In that time, Ford manned the right tackle position by himself. The second round rookie was inconsistent, but got better as the season progressed. He had trouble with speed rushers on the outside. With a full offseason as a pro, he should get better, but will it be good enough to continue to start at right tackle? Could the team even move him inside to guard, where he also played plenty in college and many projected him to play in the NFL? At his end-of-the-season press conference, general manager Brandon Beane would not commit either way, only saying they value his position flexibility.

The answer to that might come based on Spain’s situation.

After being released by the Tennessee Titans and signing with the Bills, Spain jumped right in and started immediately at left guard, then had a very solid season, playing 99.4% of the offensive snaps and not allowing a single sack all year, according to several analytics sites. He is also extremely smart and really helped out everyone else along the line, according to all of the other guys upfront. He understands defenses and schemes really, really well. However, it was only a one-year deal he signed in Buffalo and now he’ll be a free agent again. The Bills should want him back, and Spain wants to return, even already saying he’d like to get something done before free agency begins in March. But, of course, all of that will depend on what he values himself versus what the team does. Re-signing him would probably keep Ford at right tackle. If Spain signs elsewhere, that could open the door to a shift to guard for Ford.

As far as Nsekhe, The Bills were usually a better offense when he was on the field versus when Ford was. However, he had trouble getting through every game completely healthy, which was part of the reason for the rotation in the first place to manage his workload and keep him as healthy as possible. Then he suffered his ankle injury towards the end of the season that plagued him into the playoffs. He’s not a lock to make the team in 2020, considering the durability questions, but if he does he could be in line for the same type of role. Maybe as a swing tackle.

Swing tackle is exactly what Waddle was going to be before he suffered a season-ending injury in training camp. If the team feels he recovered well enough and can fight for a spot again, he should not be hard to re-sign. The Bills will probably let him become a free agent and not be too concerned if he signs elsewhere, but also keep the door open for him to return. He has plenty of experience and two Super Bowl rings, which is always valuable to add to your room. He also offers the flexibility of being able to play both the left and right side, if needed.

Long was a very valuable reserve. Every team needs a player like him. He was the perfect interior swingman, able to play both guard and center, and should be exactly that again next season.

How about Ryan Bates? Here’s a guy who went undrafted, then signed with the Philadelphia Eagles, couldn’t find a true fit on their offensive line, and was traded to the Bills just two weeks into training camp. He then battled his way onto the field, showing tremendous versatility, and ultimately made the 53-man roster and was active for half the regular season games. He can play all five positions, which is a great luxury to have. He’s not a lock to make the roster next year by any stretch, but someone will have to take his spot from him.

Boettger was active for two games this year and will be a roster bubble player heading into camp, just like he was this year. He was probably benefited by the team wanting to keep extra offensive linemen this year considering the lack of depth they had in 2018 and not wanting to have that happen again.

Salako was part of the group that signed a future/reserve contract with the team immediately following the season.

Overall, after such an overhaul, this group came together quickly, especially considering they did not have their full starting-five at any point for any full practice or preseason game during training camp. A lot will depend on what happens with Spain, but if he re-signs, they probably already have next year’s starting-five on the roster, which means they shouldn’t have to spend big money or a premium draft asset on the position. If he doesn't, they can move Ford or sign another free agent to replace him. Either way, they still need some depth and to start thinking about the future, considering Dawkins, Feliciano, and Nsekhe will all be entering the final year of their contracts. So I definitely would not rule out drafting a player in the middle-to-late rounds with the plan of developing him, or another free agent or two they feel they could get for good value, much like they did last year with several of the guys mentioned above.