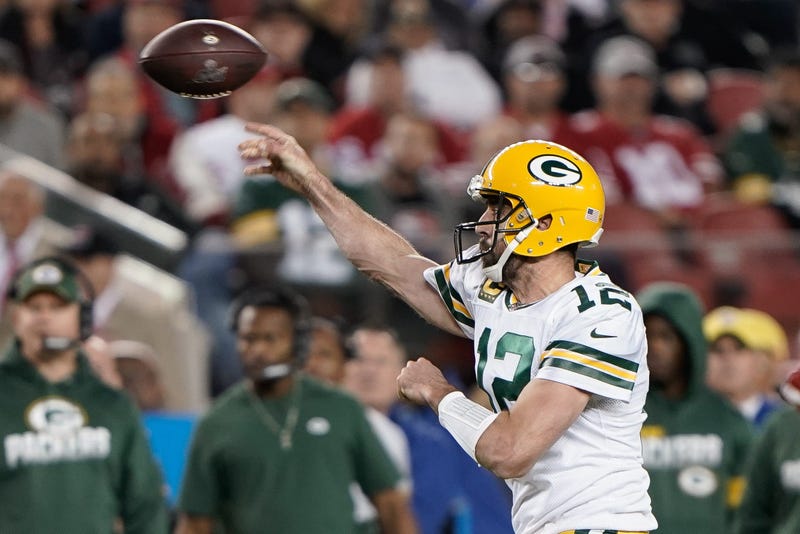 Depending on how the NFL Conference Championship weekend goes, the final quarterback matchup of the 2019 NFL season showcased during Super Bowl LIV could be incredible, decent, or uninspiring.

Which scenario for this year's Super Bowl have that potential for greatness? To be just ok? Boring?

There is potential for each:

It feels like fans and media members alike have predicted, and clamored for Rodgers vs. Tom Brady for a decade now. The time has passed where that would likely still be a historic matchup, but Rodgers vs. Mahomes still has that potential.

These two are, likely, the top two quarterbacks in arm talent now, and atop the position in that category maybe all-time.

This game could leave you saying, "wow" over and over again as the two trade blows with throws only a handful of players could ever make.

Sometimes it takes a star quarterback on the other sideline to get the best out of the other.

Eli Manning stepped up his game when it mattered most against the New England Patriots during the New York Giants' two Super Bowl victories against Brady.

Nick Foles went toe-to-toe with Brady two years ago in the Philadelphia Eagles' 41-33 win that ended in over 1,000 total offensive yards combined.

Perhaps Ryan Tannehill or Jimmy Garoppolo will find that same heroic energy if they get caught in a shootout with Rodgers or Mahomes.

It would be interesting to see if the Super Bowl LIV graphics would even feature Garoppolo and Tannehill. Titans running back Derrick Henry has been the face of the franchise in almost all promotions throughout the postseason. Rightfully so.

Tannehill has completed just 50% and 53% of his passes in the first two playoff games this year. He also threw for just 72 yards and 88 yards against the Patriots and Baltimore Ravens.

People love to give quarterbacks credit for wins regardless of individual performance. Tannehill hasn't been a top reason Tennessee has upset two of the NFL's best teams.

Garoppolo isn't much different. Last week against the Minnesota Vikings, he threw for only 131 yards with one touchdown and one interception.

Wouldn't feel great about this one going into Miami.

There is more to making the Super Bowl entertaining than just good quarterback play, but the latest memorable championship games featured stellar play under center.

Brady vs. Russell Wilson (Seattle Seahawks), Brady vs. Matt Ryan (Atlanta Falcons), and Brady vs. Foles were all iconic battles over the last five years.

In the 2010s, there have been a number of high scoring affairs even without Brady. Drew Brees (New Orleans Saints) vs. Peyton Manning (Indianapolis Colts) was a top-tier matchup. Joe Flacco (Baltimore Ravens) going up against Colin Kaepernick (49ers) didn't seem amazing on paper, but it turned out to be a roller coaster of a Super Bowl.

Perhaps depending on quarterback play, Super Bowl LIV could join these historic games, or join the unforgettables.