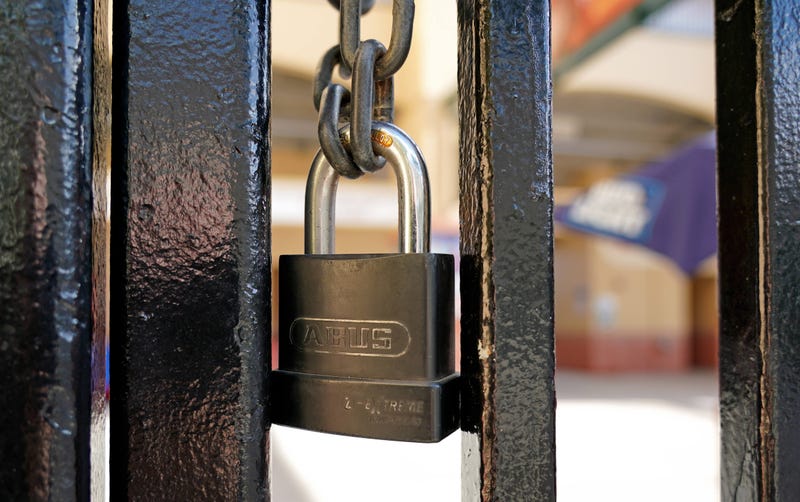 From time-to-time, usually after a heartbreaking loss by one of my teams, I wonder what life would be like if I wasn’t a sports fan. What would it be like if I didn’t care about the outcome of games?

I’m getting a little feel for that these days since there are no games to care about.

As is probably the case for you, these last couple of weeks have been very weird. Thursday would have been one of the best days of the entire sports year - opening day for Major League Baseball. No NCAA basketball tournament really hurt too. The Thursday and Friday of the first round are right up there at the top of that best sports days list.

However, we make the best of whatever situation we are handed. So, in this case, it has meant more family time and a general slowing down of life, which is a good thing.I’ll bet many of you have been enjoying some family game nights at home. We broke out board games that haven’t seen the light of day since my son, Jonathan, was little. Scrabble, Uno, and Wheel of Fortune have been the games of choice so far. I’m hoping to work the Game of Life and Clue into the rotation. We were very disappointed to learn that we must have sold Yahtzee and Trivial Pursuit at some point, so we ordered both. Usually, we all go in our different directions and have things to do and places to be, but that has all changed. Some quality family time is always a good thing.I do miss the social interaction that came from talking to co-workers and visiting with the neighbors.

Our work place is a ghost town. The on-air staff and show producers are the only ones in the building.

Even though the weather is warming up, you don’t see anyone out and about on our block, other than someone walking a dog. Social distancing precludes stopping and striking up a conversation, so a wave and a "how ya doing?" as they walk by has to suffice.

That's where technology comes to the rescue. Whether it's just a quick text message or a phone call or FaceTime, I’ve been checking in with neighbors, friends and family to see how they’re doing and get a healthy dose of interaction.I’m a book reader, so I stocked up on some reading material when you could see where we were headed due to the coronavirus. If you're looking for outstanding fiction material, I suggest anything from John Grisham, David Baldacci or Michael Connelly.Of course, you can get in some quality time watching shows. I’ve got a backlog of recorded shows on the DVR that I’m chipping away at, and there are the streaming services too. I did learn that I’m just not a binge watcher though. If I start a series, I find that I can’t watch more than a couple of shows at a time. I suppose I’m trying to make it last longer. Believe it or not, I never watched The Sopranos, so I think I’ll start on that this weekend.I do need to feed my sports fix, so, like many of you, I’ve been watching old games whether they are on YouTube or being shown on the various sports channels on cable.

I never saw Game 1 of the Buffalo Sabres-Ottawa Senators series in 2006 (we had league bowling that night), so I made sure to watch that last weekend. What an amazing game! But you already knew that and you knew that 14 years ago.

I didn’t miss it live, but I made sure to check out Game 6 of the 1994 series against the New Jersey Devils and the Dominik Hasek 70-save shutout. The NFL making Game Pass available to everyone through the end of May was clutch. The available games only go back to 2009, so there aren’t a ton of Buffalo Bills games you’d want to go back and watch again.

However, it was so much fun to see the streak breaking win over Tom Brady, Bill Belichick and the New England Patriots in 2011. I also checked out the "Snow Game" against the Indianapolis Colts in 2017 and it's still as crazy to watch as it was that snowy Sunday afternoon.

I was strolling through the guide last weekend and noticed NFL Network was re-airing this year's AFC Wild Card game against the Houston Texans. I did click on it, but it was 16-8 in the fourth quarter and I just couldn’t bring myself to watch what was going to happen. I can’t watch painful losses by my teams, even if we are dealing with a first-ever no live sporting events situation.I look forward to the return of games and the emotional roller coaster that comes with rooting for our favorite teams.

I hope all is well with you and your family. Stay safe, and stay healthy!

music
Slipknot is selling masks just in time for Halloween
music
Watch the Foo Fighters acoustic set for 'Save Our Stages'
music
Harry Styles new haircut is a call back to another era
music
After rapping about unemployment fraud, Nuke Bizzle got arrested
music
Jim Carrey trends as some ‘SNL’ fans critique his Joe Biden impression and call for replacement
music
Richie Sambora blasts back at Jon Bon Jovi: 'Are you kidding me?'