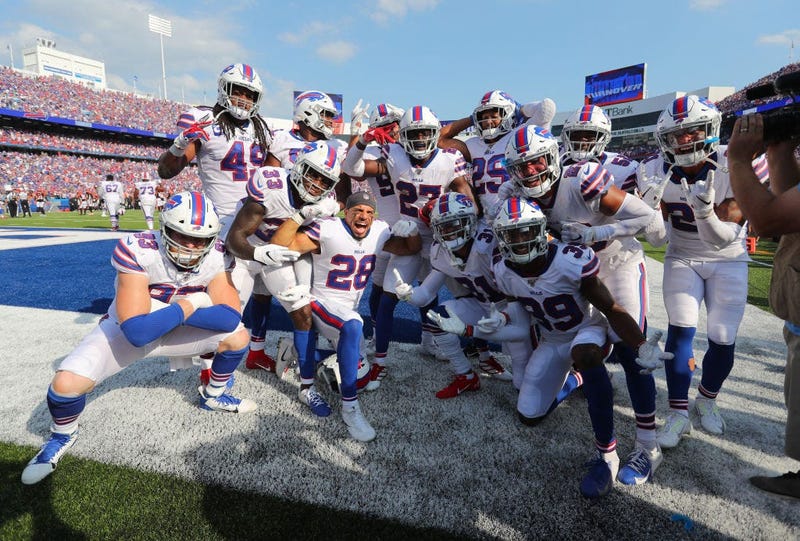 Through the first four games of the NFL season, the Buffalo Bills are on pace to threaten their team record for fewest points allowed in a single 16-game regular season.

The record, set in 1999, is 229 total points, which is 14.31 points per-game. The current Bills have allowed an average of 15.8 points per-game through the first quarter of the season. That number is currently good for fifth in the NFL.

There’s no doubt head coach Sean McDermott and defensive coordinator Leslie Frazier have built one of the better defenses in the league. Last year, even after a really rough start, the group finished second overall in the NFL in total yards allowed and first against the pass.

But what makes a defense truly elite? What separates the really good defenses with the all-time great ones that fans remember and talk shows reference?

Frazier knows what a defense like that looks and feels like. He not only played on what is widely regarded as the greatest defense in NFL history in the 1985 Chicago Bears, he led that Super Bowl championship team with six interceptions during their 15-1 regular season, and had another during that season's NFC Championship game.

So I asked Frazier, McDermott, Bills defensive end Lorenzo Alexander, and safety Micah Hyde: What makes a defense truly elite? Are there any common threads that separate the good ones from the greatest?

Here's what each had to say:

“I don't think it's changed a whole lot [from 1985]. I think being able to be dominant up front still matters. It was important when I was playing and the physicality that you need to play with on defense, that edge that's necessary to play with a lot of confidence every week that you walk on the field. That there's no opponent that you really fear. That has to be ingrained over a period of time where you have enough guys on your defense that think that way, act that way, and play that way. Another part of it is you have to be one of those teams that, on defense, that finds ways to take the ball away because that is a great equalizer. But those are some of the ingredients I think that are important. How good are you up front? How physical do you play? And are you able to take the ball away on defense?”

“I think it starts with camaraderie. The guys knowing each other, long each other, being in the scheme together for a long time. You think about some of team, those guys were together four, five, six years. The 2000’s Bears, seven, eight years. The Ravens. They had their core players that were there, and then they had a culture that guys just naturally adopted. As far as on the field, you just had guys playing hard, sound football. Guys made mistakes, but you just had guys flying around. Missed tackles happened, but you had guys flying around, covering them up. So I think it really comes down to those things. Obviously you have to have the talent, but the camaraderie, the culture, and just the energy guys played with. Because guys are flying around, you’re around the ball. So the tips, the overthrows, guys are catching them. Balls that are on the ground, you’re scooping them up. One thing when I think about the [2000s] Bears and I think about the [early 2000s] Ravens, because I was too young to really see the ’85 Bears play, those defenses scored a lot. They had a lot of pick sixes, or scored from fumbles. So that’s where I think, us as a defense, where we quite haven’t arrived yet, is maybe being able to score on defense. Because all the elite ones, they figure ways to do it. You saw the Bears last year that were really good, or the Houston Texans a couple years ago. Those teams found ways to put the ball in the end zone and really transcended the game, where it didn’t matter what your offense did, because you were scoring points and winning the game by yourself.”

“Consistency, being one. Every week you face a new challenge with a new offense with a lot of weapons. Being able to go out there and compete every single week is big. Then from that, you’ve got to have playmakers. You’ve got to have guys that can take the ball away. Whether that’s edge rushers up front that can get after the quarterback, linebackers that can go sideline-to-sideline, and also get to the quarterback, or guys on the back end who just are ball hawks. I think it’s a little mixture of all that and consistency.

“[The defense scoring] is a mentality. It starts in practice. We talk about it a lot. Unfortunately, we haven’t been able to make those plays yet, but we feel like they’re coming. If we keep continuing to go out there with effort, and going after the football and doing all that, it’s going to come. But it’s just a matter of time, you’ve got to keep working.”