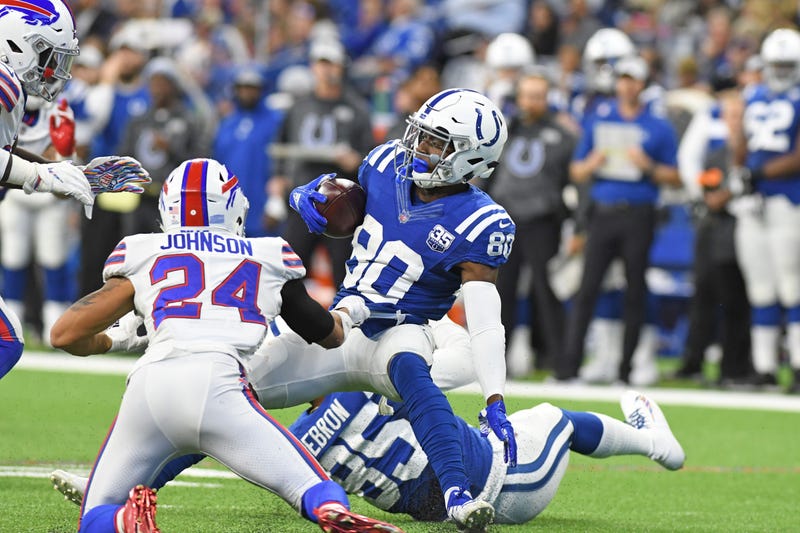 The Buffalo Bills open the 2019 preseason Thursday night against the Indianapolis Colts at New Era Field.

Here are a few interesting notes and things I’ll be watching for throughout the night:

Defensive tackle Ed Oliver and offensive lineman Cody Ford are both expected to start. Oliver has looked really impressive since the pads came on at training camp. His explosiveness and power have both been on display, but can he now do that against opponents he’s unfamiliar with and will be fighting for starting jobs themselves?

Ford started most of camp at right tackle, but then moved to right guard after a slew of injuries to the interior line. That move also enabled Ty Nsekhe to play right tackle, giving the team a very massive, mauling duo on the right side. The Bills would still love Ford to be able to play both spots, but that starts with watching his performance at guard against the Colts.

As I’ve been noting, the top six wideouts seem pretty set headed into preseason game No. 1. However, anything can change quickly, and all it takes is one injury or one really big night from someone else to move the depth chart. I’ll be looking at the reps for the players after that top six (John Brown, Cole Beasley, Zay Jones, Andre Roberts, Robert Foster, and Ray-Ray McCloud) to get an idea of how the team may see the next group shaking out. Isaiah McKenzie, Duke Williams, David Sills, Cam Phillips, and Nick Easley all have big opportunities in front of them.

With E.J. Gaines out for several weeks with a groin injury, there’s a huge opportunity for for several cornerbacks to move up the depth chart and into the top six group. We know Tre’Davious White, Levi Wallace, Taron Johnson, and Kevin Johnson are among the top six, along with Gaines, when healthy. Players like Lafayette Pitts, Cam Lewis (from UB), Denzel Rice, and Ryan Lewis now all have a better chance to impress the coaching staff.

Siran Neal is an interesting player for the Bills this year. They’ve been using him as the “Big Nickel,” a hybrid safety/linebacker, mostly taking Taron Johnson off the field when they want more bulk in that spot. He didn’t see the field much as a rookie last year, other than on special teams, and now has to show he’s deserving of a much bigger role on defense.

The second half may be a “Buffalo vs. Buffalo” quarterback battle of a different sort. Bills’ third-stringer Tyree Jackson played three seasons at the University at Buffalo, setting several passing records. On the other side is Chad Kelly, who is listed as the Colts’ fourth-string quarterback, but with no Andrew Luck playing, he’s third in line. Kelly is the nephew of Bills’ Hall of Fame quarterback Jim Kelly, grew up in Western New York, and played his high school football at St. Joe’s.