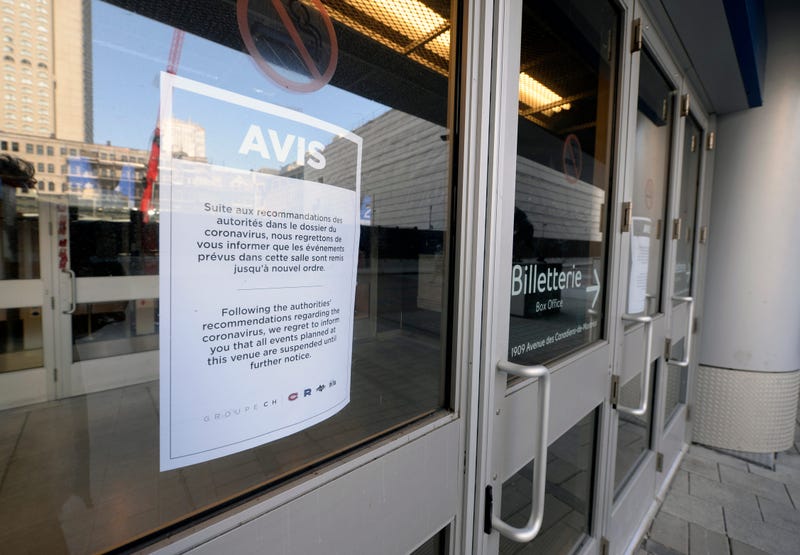 It's been one full week since the National Hockey League followed the National Basketball Association's suite and suspended its season indefinitely due to the coronavirus outbreak.

Shortly after the NHL pressed pause on the 2019-20 season, other hockey leagues around the world also put their seasons on hold, and most of them have already decided to cancel the conclusion of their seasons without even holding a playoff and crowning a champion.

However, the NHL continues to hold out hope that the league can get itself back up and operating at some point soon and hand out the Stanley Cup. The question is: when?

Some discussions about continuing on with the season have already started to begin with some of the players even getting involved in talks.

According to this suggestion from the players, the season will start up again in July with training camp before playing out the remaining games in the 2019-20 season. Then they would start the playoffs in late July or early August and finish up by awarding the Stanley Cup by late September.

At that point, the league would then take a three-to-four week "transition period" in October to conduct both the NHL Draft and free agency before beginning a full, 82-game condensed schedule starting in November.

There had also been some talk that the league could potentially alter its playoff format this season to allow for a 24-team playoff with eight teams earning a right to play into the current 16-game format the league has now.

According to TSN hockey insider Pierre LeBrun, an NHL governor told him that there is a chance that the league would consider starting off with just a 16-team playoff and ending the regular season where it stood at the time of the stoppage.

That's where dictating the playoff seeding could get a bit interesting.

Usually in an 82-game season, the league will dictate the seeding of the playoffs based on total points in a season with the tiebreaker determined by the number of regulation wins, followed by goal differential. If there is still a tie in all of those tiebreakers, the teams tied will then play a one-game tiebreaker with a draw that will dictate who gets the home-ice advantage.

However, not every team had played the same amount of games when the season came to a grinding halt. The New York Islanders had been the team with the fewest games played prior to last week's shut down with 68, while teams like the Montreal Canadiens, St. Louis Blues and Vegas Golden Knights had played 71 games.

The league could simply just have a 16-game playoff and dictate the matchups based on how the season ended with points. Here's how that playoff picture would look like:

Another way the NHL can dictate its playoff format this season without having played a full 82-game schedule is to base the seeding off points percentage. Here's how the playoff picture would look like with that format:

The differences are rather minor for the most part with a majority of the teams getting into the playoffs no matter what. Where things get tricky between points and points percentage lies with the Wild Card picture with teams like the Blue Jackets, Islanders, Canucks and Jets needing it to swing one way or another.

The timing of things will be a huge factor in the likely decision of how to dictate the playoff picture in 2020. If the league is given the green light to resume activities in a fairly early matter, it seems like the NHL would rather complete the 82-game schedule and allow the playoff picture to come to fruition. However, if the CDC and other health organizations continue to advise the league to push a return back for some time, it may be impossible to complete the regular season in a realistic fashion.

As for the playoffs, it is unclear yet if the NHL plans on shortening its format at any point, but it probably would be likely for the league to keep its best-of-seven format from start to finish. It may not be a bad idea to consider a shortening of at least a couple of rounds in the playoffs to a best-of-five series if things get pushed later into the year, such as the Wild Card round and the Conference Semifinal round.

The American Hockey League's playoff format starts off as a best-of-five series in the Division Semifinal rounds, and then goes to a best-of-seven series throughout the rest of the playoffs. Maybe just for the 2020 playoffs will the NHL follow that format to be able to keep everything else timed out better.

Once the season ends, a three-to-four week "transition period" is going to come fast in the NHL with the league trying to squeeze in the 2020 NHL Draft and the free agency period before the projected start of the 2020-21 season. Obviously with a projected training camp in July and if every team can get back to action and finish the regular season, a period of time off would not hurt much, especially for the teams who battled it out through the playoffs to reach the Stanley Cup Final.

If the NHL is forced to start the playoffs right away and not get in the final handful of games in the regular season, it will be interesting to see how the league plans on getting some teams back and ready for the 2020-21 season. The Detroit Red Wings have already been eliminated from playoff contention a while back, and teams like the Ottawa Senators, New Jersey Devils, San Jose Sharks, Anaheim Ducks, Los Angeles Kings and Buffalo Sabres are all but eliminated, needing a miracle and a half in order to get in. Perhaps an early training camp for the non-playoff teams would be something that could happen for them to get ready for the next season, while the playoff teams can arrive at a late training camp before the season in late October or early November.

As for the NHL Draft, if the regular season were to end as is, here is how the standings would look based on both points and points percentage:

NHL Draft order based on points:

It will be interesting to see how long the NHL and other sports leagues will wait things out before being cleared to resume their normal activities. And once the NHL gets back up and going, it will certainly be intriguing how the league will operate the rest of the season and the chaos that could soon follow with hockey in the summer months.

In the meantime, just lay low, stay home, and stop the spread.