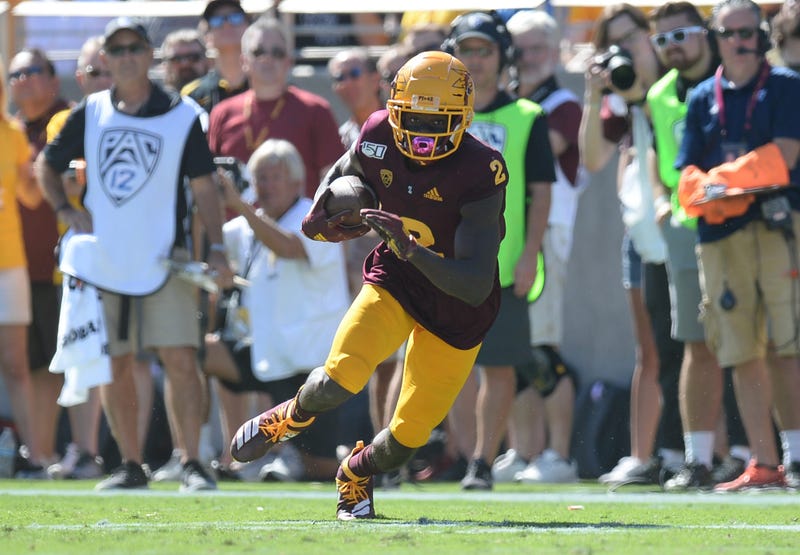 The NFL Draft process continues for the Buffalo Bills this week in Mobile, Alabama, where the annual Reese's Senior Bowl will take place. While not every top-notch prospect will partake in the week of practice and a full game this weekend, the NFL has seen a plethora of stars come out of the all-star event.

The Bills know this first hand with Josh Allen who grabbed the league's attention, going 9-for-13 for 158 yards and two touchdowns in limited action.

Two years later, Buffalo will now look for prospects in Mobile that they can help build around Allen with.

On both offense and defense, there are a lot of players Bills general manager Brandon Beane and the organization should be interested in.

The early trend when discussing the Bills' draft needs is a tall wide receiver that can make tough, contested catches in coverage. In reality, the offense just needs an all-around, complete weapon on the outside to be their WR1.

John Brown and Cole Beasley were excellent in 2019, but neither should be the top passing target.

One pass-catching option they should take a good look into this week is Arizona State wide receiver Brandon Aiyuk. Aiyuk has good size at 6-foot-1, and he is one of, if not, the best run after the catch receiver in a loaded draft class.

His fellow Sun Devil wide receiver N'Keal Harry was a first round pick last year, but according to Senior Bowl Executive Director Jim Nagy, teams view Aiyuk as an even better prospect.

Jim Nagy on Brandon Aiyuk: ”He’s a 1st round pick. Everyone who I’ve talked to has him graded equal or higher than N’Keal Harry last year”

This is a home-run hitter that could be in consideration for the Bills with the 22nd overall selection.

Jayden Daniels launched it out to Brandon Aiyuk for the 81-yard TD to stun Oregon --From B/R x @BassProShops pic.twitter.com/vMnS91VIQ2

If you really want a giant wide receiver, keep an eye on Texas wide receiver Collin Johnson this week. Johnson is a towering 6-foot-6, 220-pound wideout that could be a matchup nightmare for some secondaries.

Johnson's catch radius would help with the sometimes inaccurate down the field throws from Allen, but he also has pretty good short area explosiveness for a such a large player.

The Bills are pretty set on defense, except for defensive end. Of course, free agency is before the draft, so Buffalo could have extended Shaq Lawson or signed another notable free agent pass-rusher by the time April rolls around.

Even so, they should be in the market for a young, inexpensive pass-rush specialist.

You might not do better than Tennessee defensive end Darrell Taylor.

Behind Ohio State defensive end Chase Young and LSU outside linebacker K'Lavon Chaisson, there isn't an edge rusher with more upside than Taylor.

Even the most casual fan will notice how explosive Taylor is off the line of scrimmage.

And this is why Darrell Taylor is going to be a top-75 pick. pic.twitter.com/kKhA9ABWu2

It will be fun to see Taylor take part in 1-on-1s throughout the week of practice.

The Bills will absolutely be in the market for many positions on both sides of the ball. They could use another running back with the inevitable departure of Frank Gore. The offensive line can certainly be improved. Another sound tackler at linebacker would be a nice boost as well.

But heading into the offseason, wide receiver and defensive end will likely be two of the biggest priorities, and the Senior Bowl has a lot to offer in those areas.