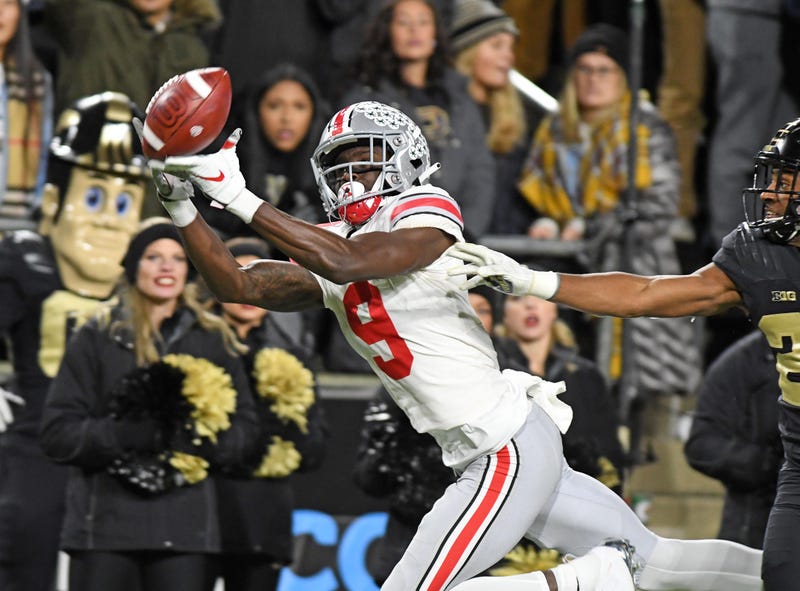 Round 1 of the 2020 NFL Draft is still 99 days away but the evaluation of eligible prospects is already underway.

While many top college players are headed to Mobile, Alabama for next week's Senior Bowl, many others will hit the field in this weekends East-West Shrine Game at Tropicana Field in St. Petersburg, Florida.

There are a number of players that should interest the Bills this weekend.

A lot of the early draft talk has circled around the Bills' need for a big target for Josh Allen on the outside.

Victor has an extremely large catch radius and has good speed for a big target. While Victor is someone you can trust to come down with passes in tight coverage, he is a very smooth route runner too.

Against press coverage, he has shown the ability to create separation through technique, and physicality. That was on display during 1-on-1's this week.

There wasn't a lot of production in college, but if the front office cares about potential and upside, Victor should be a player they have interest in later in the draft.

Sticking with the wide receiver theme, Diondre Overton is an interesting player to watch this week.

Like Victor and many other receivers at the East-West Shrine game, Overton is one of the taller prospects at 6-foot-4.

His body control going up for contested passes and adjusting along the sideline is impressive.

When discussing Clemson's talent on offense, Overton usually isn't mentioned with quarterback Trevor Lawrence, wide receiver Tee Higgins, and running back Travis Etienne. He could have transferred and been a top wide receiver for another university, but he wanted to win even if it meant being the fourth or fifth option on offense.

That should go over well with coaches.

There is a lot of unknown when it comes to the Bills' defensive end position. Will they pay Shaq Lawson? Will they pay another free agent big money? Brandon Beane could also elect to take a pass-rusher early in the draft.

Looking for value later in the draft, Buffalo could take a look at Alex Highsmith. The walk-on at Charlotte finished his collegiate career with a 15-sack season and 21.5 tackles for a loss, which was second in the nation only behind Ohio State defensive end Chase Young.

He finished the 2019 season with four multi-sack games, including a 4.5 sack performance against Old Dominion.

His teammates nicknamed him "Thanos", and when you see what he looks like it makes sense.

If a team is looking for a playmaker on defense later in the draft, Nevelle Clarke is a intriguing option.

The UCF product played outside cornerback but it wouldn't be surprising to see him used all over the formation in the NFL.

His instincts were apparent when making plays on the ball. Clarke had multiple interceptions in each of the last two years, to go along with double-digit pass deflections.

He has stood out early this week.

CB Nevelle Clarke of UCF plays his position with intelligence & physicality. He anticipates routes frequently. Yesterday at East practice he ran a route better than the WR in 1-on-1’s, which is remarkable since those drills favor the WR quite a bit. Reminds me of Richard Sherman.

Some pretty high praise and a comparison to one of the best corners of the last decade.

Quarterman isn't a great athlete that can hold his own in coverage against athletic tight ends and running backs. That isn't what the Bills need.

They need what Quarterman is good at - tackling. In short yardage situations, the red zone, the Miami middle linebacker could be a dependable player.

Quarterman's stock could rise significantly if he shows some sort of coverage ability this week.

Teams shouldn't put all their eggs in the East-West Shrine Game basket when building their rookie class, but talent can come from anywhere in the NFL. History shows this weekend's rookie showcase has its share of success stories.

Perhaps the next story will end in Buffalo.