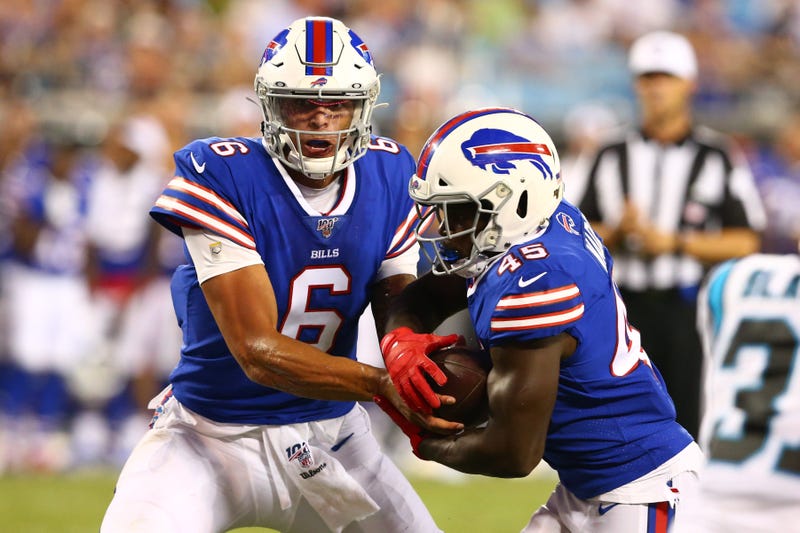 It's preseason game No. 4. The final exhibition before the the regular season begins.

For many players, their final chance to show the Buffalo Bills, and every other team, they’re worthy of a job.

Here’s who to watch for when the Bills play the Minnesota Vikings on Thursday night at New Era Field:

Its highly doubtful the former University at Buffalo quarterback makes the Bills' 53-man roster, but Jackson is still trying to make a case for being signed to the team’s practice squad. The Bills will most likely want a third quarterback in their building and available to go if needed, and Jackson already knows the system and has the kind of diverse skillset that could be of benefit as a scout-team quarterback to help the defense prepare for different kinds of quarterbacks. So far, he’s struggled to throw the ball in games, going 8-for-24 (33.3%) for 140 yards and an interception. He will start and probably play the entire game Thursday night, giving him a huge opportunity to turn that around.

Two big touchdown grabs over the past two weeks for Williams has really vaulted him into the discussion as one of the wide receivers who should be kept on the roster. It’s also how he made those grabs, by using his big body to go high and show he can be a valuable red zone target. That’s something the Bills really don’t have on the roster and where Williams has a chance to carve out a niche. He may still need to make another play or two like that Thursday night to show he’s worthy of a roster spot.

The Bills are still evaluating players for their fourth outside cornerback spot, and Pitts may have the upper-hand heading into Thursday night. He’s had a few key plays and pass breakups this preseason and can be a special teams contributor, which will be important for whomever earns that spot. But with Ryan Lewis and Denzel Rice still vying for a roster spot, as well as Cam Lewis (who is in concussion protocol and won’t play), nothing has been locked down there yet.

Just because the Bills released Cory Carter this week doesn’t mean Bojorquez is the team’s punter for Week 1 against the New York Jets. He’s been inconsistent this preseason and might need to have a solid, consistent game punting the football for the team not to have to search the waiver wire come Saturday afternoon for someone else. Let’s remember that’s how they acquired Bojorquez last year, claiming him off waivers from the New England Patriots after he was released during final cuts.