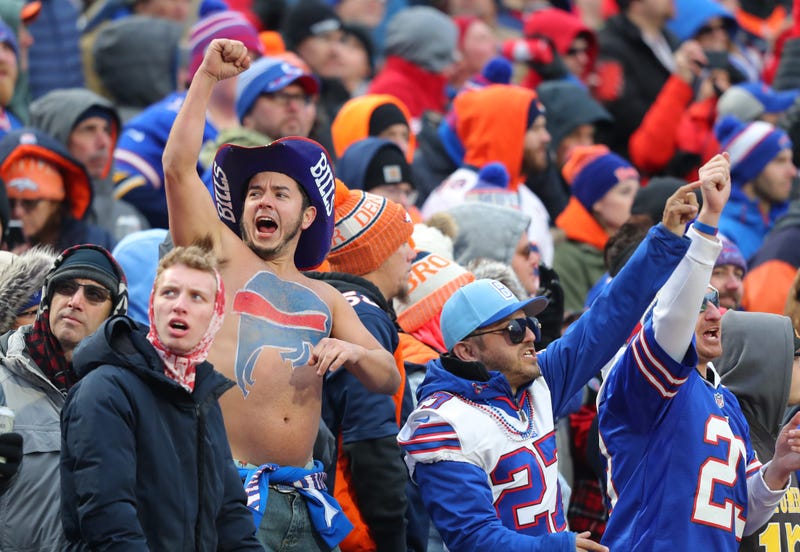 Hello morning people.Have you got questions?Maybe I have answers, maybe I’ll flail around hopelessly trying to find one. Hit me up. I’m putting together something for https://t.co/sHF4R6bwVC and will take a run at answering as many as I can. Any subject you like.Go.

There were lots to pick from, so thank you for that.

Why doesn't the NFL make the player jerseys more like NHL ones? I love all NHL jerseys and think the NFL would sell more jerseys if they weren't so boring

Is there a jersey selling crisis in the NFL I’m not aware of? Sorry, I shouldn’t answer a question with another question. No doubt the logo on the front middle of hockey jerseys allows for more creativity, but I’m not down on NFL jerseys in general.

Just starting to get into the Stones. How many of their albums do you think are absolutely essential listening?

The four album run from December of ‘68 through May of ‘72 could be the best run by any band ever. Beggars Banquet, Let It Bleed, Sticky Fingers, Exile On Main St. Everything you need to know about The Rolling Stones can be found on those four records.

How much blame for the lack of success this season should we #Sabres fans place on Krueger versus Botterill (if any)?

How much blame for the lack of success this season should we #Sabres fans place on Krueger versus Botterill (if any)?

Krueger has made some curious, or flat out poor, choices on which defensemen to dress some nights. The special teams, especially the penalty kill, have been bad. That’s on coaching to an extent. But, of course, some of those issues are caused by roster problems. I maintain that a 50-point player, ideally a center but not necessarily, to play with Skinner, has this team in a playoff race at the very least. That’s 100% on Botterill, and I think it will cost him his job.

Morphine. Cure For Pain. Bass, baritone sax and drums. Super cool sound. Not sure if they’re more forgotten than unknown but I loved them right away and still do today.

As an aside, I’ll never know for sure if it was them or not, but before I ever heard that record, I stumbled upon a band playing a little joint in New York City that had that instrumentation and was mesmerized. No idea if in fact it was Morphine, but I sometimes like thinking about it so thanks for jogging my memory.

There is no such thing as an elite jam. Unless we’re talking about “You Don’t Love Me” which is Side 2 of “At Fillmore East” by The Allman Brothers Band. Now there’s an elite jam.

How did you manage raising two boys who appear to have very different interests and yet still keep your time with each equitable?

I’m very fortunate. My two favorite things are music and hockey. I’ve got a guitar player and a goalie. But within that, there are big challenges time wise. The hockey travel eats into everything else, so there’s definitely an imbalance. Fortunately, Leo, the guitar player, is fiercely independent. Now whether or not he developed that as a defense mechanism because of all the hockey will be something to watch out for, but I feel like I manage to stay engaged with him and what he’s working on pretty well. But no doubt it can be difficult.

How stressful is it being the dad of a goalie? Do you stand alone or with other parents? I can imagine parents can say some pretty nasty things if one gets by him.

Stressful. I try to keep my distance so that nobody feels bad if they react negatively when a softy goes in and also so they don’t catch me bitching when one of their kids fails to get the puck out of the defensive zone. Two way street. With that said, I’ve had zero issues with families of teammates. Been a great experience.

How long did it take you to get barre chords under your fingers? Also, how often do you play with a capo?

Almost never use the capo. Maybe my first gig with The Leroy Townes Band we used one on a cover of “Good Ol' Boy” by Steve Earle. As for the barre chords, being a punk rocker, those were what I learned first. Didn’t start playing proper chords until about 10 years ago. Still struggling to play an ‘F’.-----

Beets can go to hell.

Thank you very much for this. We enjoy doing it.

Thank you all very much for the questions. I tried to respond on Twitter to those that didn’t make it to the web site. We’ll do it again soon if you’re all up for it.