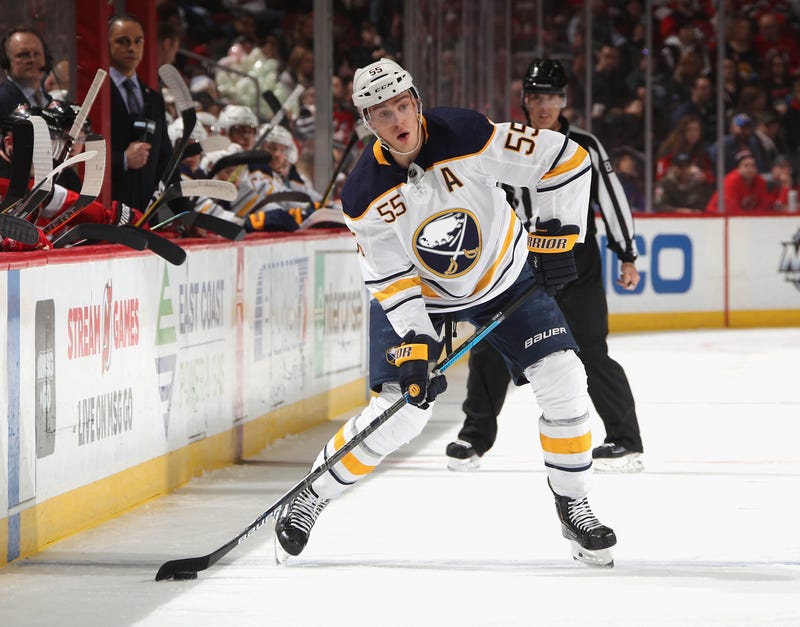 The Buffalo Sabres are enjoying a great start to the 2019-20 season with a 6-1-1 record in their first eight games. That record is good for first place in the Eastern Conference, just one point ahead of the Pittsburgh Penguins, Washington Capitals and Carolina Hurricanes.

However, fans have been through a start like this before when Buffalo found itself in first place back in November after a 10-game win streak. That was before the season went down the drain after a monumental collapse put the team into the bottom of the league once again.

The positive news is that this year's team looks better overall, and far better analytically than last season's group.

Buffalo has notched 31 goals on the season from all areas of the lineup, and it has also only allowed 18 goals, which is good for eighth best so far in the early part of the season.

The defensive pairings look far better, including the likes of Rasmus Ristolainen and Marco Scandella, who were the whipping boys for Sabres fans last season for their struggles. Ristolainen has, once again, led the team in ice time, but looks far more stable than in years past. Scandella looks like the solid and steady defender he was with the Minnesota Wild.

Newcomers Colin Miller and Henri Jokiharju have been great additions to the club, while last year's top overall pick, Rasmus Dahlin has been up and down, at times, but is still producing elite offensive numbers.

While there is an expected regression to show up for Buffalo, one question will linger in the coming month: what happens when players like defensemen Brandon Montour and Lawrence Pilut are cleared to play for Buffalo? Who is going to come out of the lineup? What happens once Zach Bogosian is cleared?

Pilut got back to action on Friday night, as he returned to the Rochester Americans' lineup following offseason shoulder surgery.

Montour has been seen as one of the better players on the Sabres' blue line since being acquired before the 2019 NHL Trade Deadline.

Head coach Ralph Krueger and general manager Jason Botterill have some tough choices to make about the defensive pairings going forward. Buffalo was rumored throughout the summer to be shopping Ristolainen, who carries a $5.4 million cap hit for the next three seasons. It was even rumored that Ristolainen was not happy in Buffalo and looked to be dealt.

With Pilut returning in Rochester, it seems Botterill may be looking at other options to send out to relieve the potential log jam on the blue line.

Sportsnet's Elliotte Friedman mentioned on The Instigators on Thursday that it may not just be Ristolainen that Buffalo is sending feelers out for anymore.

"Jokiharju has a place now, right? So, he's there. So, I think it's probably more than just Ristolainen," Friedman said with Andrew Peters, Craig Rivet and Martin Biron. "I mean, they know what the market is for him. Actually, I thought it was really interesting to read Ristolainen's quotes the other day that he seems to be the latest convert to the cult of Krueger...

"I don't have a specific name for you... but I do believe that the list of defensemen, the number of defensemen that the Sabres have looked at out there, in terms of moving, is bigger now than just No. 55."

TSN's Darren Dreger was also asked about this by The Instigators on Friday:

"It sounds like Ristolainen has had a change of heart," Dreger said. "I'm not saying he was disgruntled coming into camp or going into the preseason, but all the speculation and times we talked about it here on the show about the possibility of a trade was coming from a good place. And I know the player in this case expected, maybe to some degree still does, a change of scenery.

"If it's not him and you're getting healthy with Montour back and Bogosian isn't that far away, you've got a glut. There's been some speculation on Scandella as a possibility, but I think that Botterill is going to just keep his powder dry and see if there's an injury out there. We keep looking at Winnipeg and the uncertainty of Dustin Byfuglien, look at that blue line, how inexperienced it is. Maybe there's a fit in Winnipeg, who knows? But it's always a good thing to have extra bodies and assets to move, especially from a defensive corps perspective."

With Montour, Pilut and Bogosian coming down the pipe, several Sabres defensemen may have differing value, demand and return.

Here are the names to consider, with a surprise in the list as well:

The name that circulated throughout the entire offseason not only didn't get moved and was potentially unhappy, but has been back on the top pairing and singing praise of Krueger. The Sabres may simply be thinking twice on dealing Ristolainen at this point, as either they were looking for a steep return for him or holding out hope that some issues in his game could be fixed. That said, Ristolainen likely remains the player that could net the best return in a trade. He's still young and has two years left on his deal after this season.

McCabe's name has not been mentioned in rumors that often. However, the other half of the Sabres' top-pairing is on a very team-friendly cap hit over the next two seasons, which could be helpful in a return package or cap relief. McCabe is also one of just five defenders with a contract next season for Buffalo and may be helpful to keep a hold of with their current cap issues. However, the way that Ristolainen played with Pilut last year may be enough to try to net a good return for McCabe.

Scandella's name popped up in rumors lately for several reasons. First, Scandella looks to have put last season's dreadful performance behind him. Second, he is a pending unrestricted free agent and is exactly the kind of player that fetches a decent return as a rental at the trade deadline. If an injury takes place around the league to a top-four defenseman, the Sabres could provide a team a chance to beat out the deadline and get a player who could slot in.

Unlike Montour, who was hurt during the preseason, Bogosian has not been able to skate with Krueger's new system due to offseason hip surgery. Bogosian carries a hefty cap hit and -fair or unfair - an injury history throughout his career. Bogosian may not crack this roster with the way all six defenders are playing, as well as the presence of Montour coming back. Buffalo may not like the return in a deal, but with the team carrying so many NHL defensemen and having Pilut and Will Borgen in Rochester, it's fair to ask if Bogosian even dons the blue and gold this season.

Ok, this is going to upset some people, but hear me out. Pilut looked awesome in many ways and was an analytics darling last season on a defense that was mostly terrible. Pilut is also team controlled as a restricted free agent after the season. While Pilut does not boast much NHL experience, he seems to show promise, and is already rather dominant in the AHL. Pilut would do next to nothing for the team in cap relief, unless they tied a contract like Kyle Okposo's in a deal, but he may have value in a deal that cannot be dismissed. If he's not already being considered in Buffalo after his injury, it's fair to kick the tires on the young Swede.