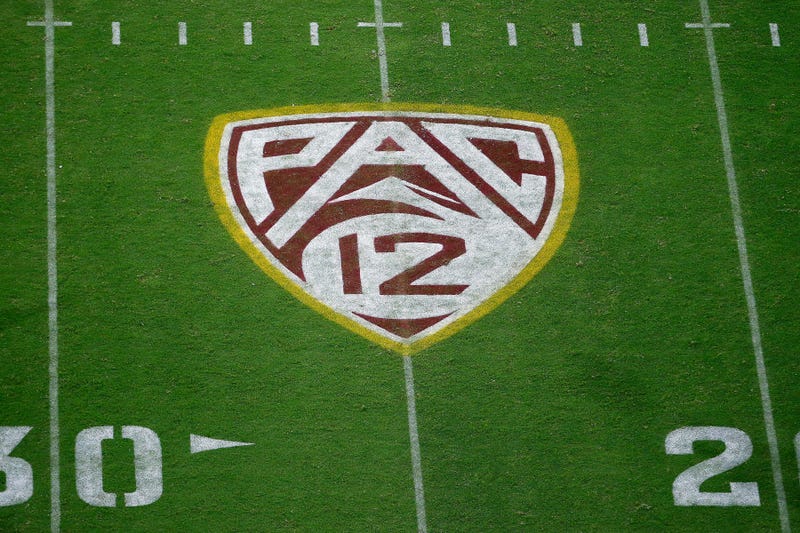 Photo credit FILE - This Aug. 29, 2019, file photo shows the PAC-12 logo at Sun Devil Stadium during the second half of an NCAA college football game between Arizona State and Kent State in Tempe, Ariz. The Pac-12 Conference will allow voluntary workouts on campus for all sports beginning June 15, subject to the decision of each individual school and where allowed by local and state guidelines, the conference announced Tuesday, May 26, 2020. (AP Photo/Ralph Freso, File)
By The Associated Press

Called out, Bowling Green has saved its baseball program, which had been cut due to the COVID-19 pandemic.

Athletic department spokesman Jason Knavel said that baseball is back immediately after “our passionate baseball alumni and donors have committed $1.5 million over the next three years.”

The Ohio school announced last month it was dropping baseball because of a projected $2 million athletic budget shortfall stemming from the coronavirus outbreak. Former players immediately began a “Save BGSU Baseball” campaign and managed to raise the funds to rescue a program that produced former All-Star pitcher Orel Hershiser.

Like Bowling Green, other schools in the Mid-American Conference have had to drop sports as a result of financial hardships triggered by the pandemic.

The Ilitch companies — a group that includes the Detroit Tigers and Detroit Red Wings, along with Little Caesars and other companies — has opened a facility in the Detroit area to produce protective masks.

Employees from across the organization are helping with the effort, which will try to produce about 60,000 masks per day.

“I’m from Detroit. To be able to give back to the city that I was born in and give back to a city that has given so much to me is important,” said Reginald Woods, a ticket sales representative for the Tigers and Red Wings. “To continue the Tigers’ and Red Wings’ legacy of giving back to Detroit is special.”

The masks will be donated to community groups and organizations that need them, as well as employees, franchises, customers, fans and guests.

“To design, set up and activate a production facility like what we have here in less than two months is truly impressive,” said Eric Brasseur, who is overseeing the facility. “This was made possible by the collective efforts and adaptability of employees across our family of companies.”

A spokesman for the effort said the project is following strict guidelines from the CDC, local and state authorities and other health organizations to ensure the safety of the staff.

South Carolina men’s basketball coach Frank Martin says he has recovered from a case of COVID-19.

Martin said he tested positive last month. He detailed his experience with the virus for the first time Tuesday.

Martin said he was prepping for a knee replacement surgery in early May when he was diagnosed with the virus. He immediately went into quarantine at his home.

The 54-year-old Martin said he didn't have to go to the hospital. He said he had no significant symptoms of the virus other than some fatigue. Two weeks later at a follow-up visit, a coronavirus test came back negative. Martin said no one else in his family was affected by the virus.

Martin has coached the Gamecocks for the past eight seasons.

Bowling Green is working with alumni and former players to reinstate the Falcons’ baseball program.

The Ohio school announced May 15 it was dropping baseball because of a projected $2 million athletic budget shortfall stemming from the coronavirus outbreak. Cutting baseball was expected to save $500,000 a year. No other sports were eliminated, but there were to be other cost-cutting measures in the athletic department.

Former players began a “Save BGSU Baseball” campaign shortly after the announcement the sport would be eliminated. The university said in a statement baseball could return if short- and long-term funding solutions can be secured to sustain the program the next three years and beyond. Athletic department spokesman Jason Knavel confirmed media reports that $1.5 million would need to be raised to achieve that goal. Knavel said no deadline has been set.

Bowling Green’s most famous ex-player is Orel Hershiser, a three-time All-Star who pitched 18 years in the major leagues, 13 with the Los Angeles Dodgers.

Pac-12 schools have agreed to perform COVID-19 and coronavirus antibody tests on all athletes upon their return to campuses for voluntary workouts.

“These guidelines are coming from our medical advisory committee and it’s their belief this is best practice,” Commissioner Larry Scott told The Associated Press.

Scott said athletes will continue to be tested regularly for COVID-19 as long as they are under the supervision of the schools.

“I think it’s important to keep in mind our student-athletes come from all over. All over the United States and in some cases all over the world,” Scott said. “Return to campus and return to voluntary workouts I think factors that in.”

The Pac-12 schools are scheduled to begin allowing athletes back into their facilities for voluntary workouts starting June 15.

North Carolina State athletic director Boo Corrigan says the school has begun a schedule allowing student-athletes to return in phases to campus, with the first wave of football players permitted to return to student housing by June 20.

The school announced details of the plan Tuesday in an open letter from Corrigan, who said the plan is to return via “the safest and most responsible path moving forward.”

Corrigan says the first phase has already started by allowing members of the football, men’s basketball and women’s basketball programs who live locally to receive examinations and coronavirus testing.

If cleared, athletes would be allowed to participate in voluntary workouts, though they would be divided into small groups for safety precautions.

The second phase begins with football players returning to student housing “no later than” June 20, followed by men’s and women’s basketball players.

The third phase would bring back athletes in fall sports, though Corrigan said only that will come “later this summer” with additional details coming later. The final phase is the return of all other programs ahead of the fall semester.

The Russian soccer league says it will restart on June 19. That is two days earlier than originally planned.

The league says it gave the date of June 21 because of a longstanding practice of using the date of Sunday’s games as the official nominal designation for a round of games over several days.

The restart will begin with two games on June 19. Krylya Sovetov Samara will play Akhmat Grozny and Sochi will face FC Rostov.

Russia is planning to allow a limited number of fans in the stadiums when games restart.

England is set to host the West Indies in three cricket tests in July, subject to government approval.

The West Indies will arrive next Tuesday and travel to Old Trafford in Manchester for quarantine and training.

They will then move to Southampton for the first test from July 8, and back to Old Trafford for the remaining tests starting on July 16 and July 24.

There will be no spectators.

The two venues were chosen because they had hotels attached or nearby and could be turned into “bio-secure environments.”

The test series was originally scheduled to begin on Thursday.

Pac-12 schools have agreed to perform COVID-19 and coronavirus antibody tests on all athletes upon their return to campuses for voluntary workouts.

Commissioner Larry Scott tells The Associated Press “these guidelines are coming from our medical advisory committee and it’s their belief this is best practice.”

Scott says athletes will continue to be tested regularly for COVID-19 as long as they are under the supervision of the schools.

Scott says “I think it’s important to keep in mind our student-athletes come from all over. All over the United States and in some cases all over the world.”

The Pac-12 schools are scheduled to begin allowing athletes back into their facilities for voluntary workouts starting June 15.

An Albanian player has tested positive for the coronavirus but the country’s soccer federation says his club will play as scheduled when the league resumes this week amid the pandemic.

The KF Bylis player was not named.

League matches in Albania will resume on Wednesday without fans in the stadiums. The matches will follow medical protocols drafted in consultation with UEFA.

Federation spokesman Andi Vrecani says “the championship is not threatened because the protocol has been set that such a player with COVID-19 is quarantined for 14 days and the team continues preparation normally.”

Play was suspended in mid-March following the country’s lockdown.

Bylis is in seventh place. The league is expected to finish by July 29 with the Albanian Cup final on Aug. 2.