The Buffalo Bills will attempt to sweep the New York Jets for the first time since 2015 on Sunday when the two teams play at MetLife Stadium in East Rutherford, New Jersey.

Here are three keys to the game, plus notes and stats:

A lot of people are paling this a “get right game” for the Bills, considering the Jets’ 0-6 record, how abysmal they’ve been in so many areas, and the Bills’ regression over the past two weeks.

That’s exactly what they need it to be, but not because of the level of opponent.

The Bills need to fix a lot of things that were going well but haven’t, and do it regardless of who the opponent is. Sure, the Jets are winless and the Bills are a better team, but the Bills can’t rely on a “we’ll beat this team because they’re bad” formula to cure their woes. They need to concentrate on themselves, and what they do and how they do it.

The Jets' third-year quarterback has missed the last two games due to a shoulder injury. He’s expected to start against the Bills on Sunday.

Darnold can make plays happen when he escapes the pocket and has to improvise. The Bills got hurt by Tennessee Titans quarterback Ryan Tannehill and Kansas City Chiefs quarterback Patrick Mahomes getting outside the pocket the last couple of weeks.

Darnold will also most likely be without one of his top wideouts in slot receiver Jamison Crowder, so he won’t have that security blanket off the line of scrimmage and often in the middle of the field. The Bills can greatly help their chances on defense by keeping him in the pocket and not allowing him to make something out of nothing.

The Bills need to get back to who they are on offense. They need to be aggressive on the attack down the field, and look to score whenever and from wherever they can. That was their identity when they started the season 4-0.

Through those first four games, the Bills were leading the league in passing plays 20 yards or more, with 21 of them. They’ve only had two of those over the past two weeks.

The Bills need to look to take advantage of that and get back to what’s made them so successful. 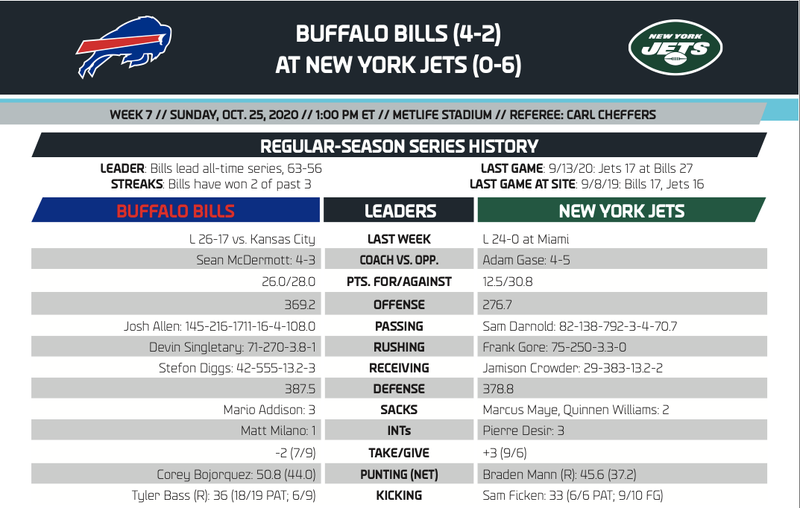 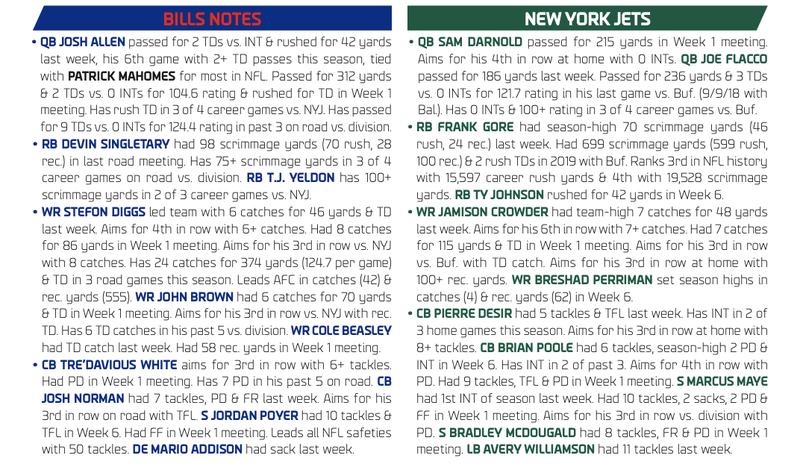