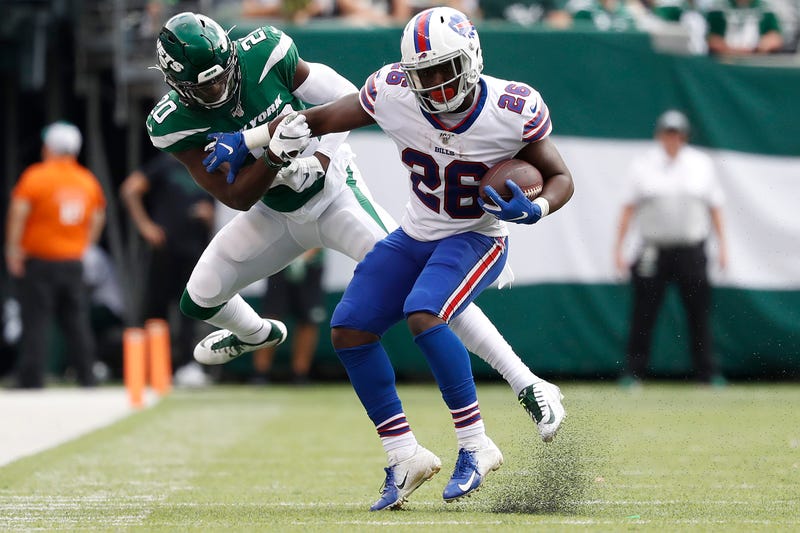 The Buffalo Bills open the season against the New York Jets for the third time in four seasons and the 14th time ever, the most between two teams in the NFL on opening weekend since 1960. The Bills are 5-8 in those games, but have won the last two (2017 and 2019), both under head coach Sean McDermott.

1.) Use continuity to your advantage

There was very little on-field offseason time this year due to the COVID-19 pandemic. There were no preseason games. So the teams with the most turnover on their roster and/or coaching staffs will have to play catch-up a little bit, while the teams who have more returning players and coaches should have a competitive advantage. The Bills have that advantage, and need to use it. Buffalo returns 37 players from last season’s opening day active or practice squad roster. The Jets return a lot of defensive players, but only two wide receivers and two offensive linemen. So the Bills need to take advantage of a group of wideouts and an offensive line that will largely be playing together in any sort of NFL game for the first time by using different coverages, stunts up front, and other new wrinkles the Jets may not have prepared for.

On top of their roster turnover on both the offensive line and at wide receiver, the Jets are dealing with injuries to key players at wideout and on defense. Despite several new additions, including second round draft pick Denzel Mims, the only receivers on the Jets active roster who are healthy and expected to play are Breshad Perriman, Chris Hogan, Jamison Crowder, and Braxton Berrios. On defense, inside linebacker Avery Williams won’t play with a hamstring injury, and safety Marcus Maye is dealing with both a calf and ankle injury, although he is expected to play. That’s two key players right up the middle of their defense either out or possibly not at full strength and speed, something the Bills will want to keep in mind when deciding how and who to attack.

The kicking game had a huge impact in the opener between these two teams last year. Jets kicker Kaare Vedvik missed both a field goal and an extra point. That’s four points they didn’t get, and the Bills won by one. The Bills drafted Tyler Bass in the sixth round this year, and then he beat out veteran Stephen Hauschka for the job. There’s no doubt Bass has a strong leg, and he was mostly accurate in training camp, from the practices the media was able to watch. But now he has to do it in a real professional football game against a defense that will be coached-up to come hard, and in most likely wet and possibly windy conditions. Hopefully for the Bills, this game doesn’t have to come down to a missed or made kick. But if it does, they’ll need their rookie to reward their faith in him and prove they made the right choice. 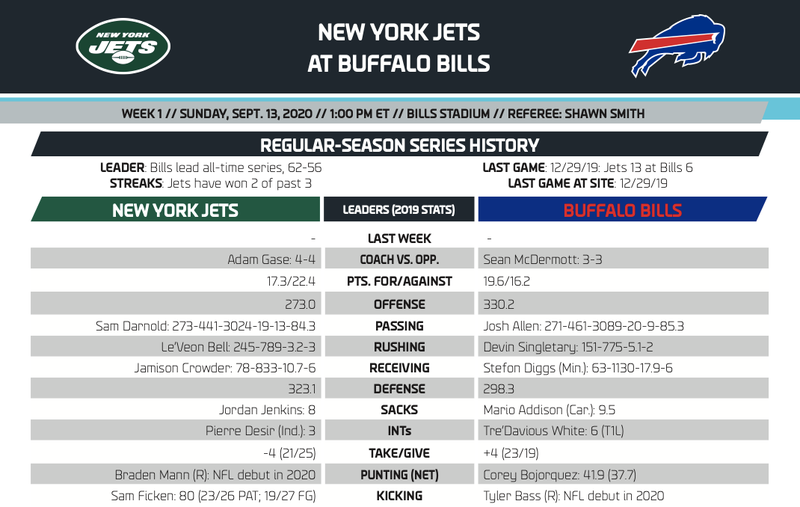 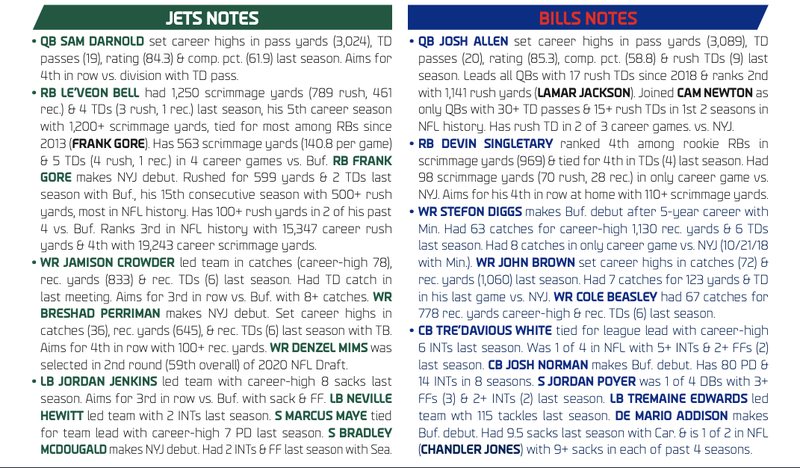