After Baltimore Ravens star Lamar Jackson left in the third quarter of Saturday night's AFC Divisional Round due to an injury, Buffalo Bills fans leapt to support the opposing quarterback and called for donations to his favorite charity, Blessings in a Backpack. 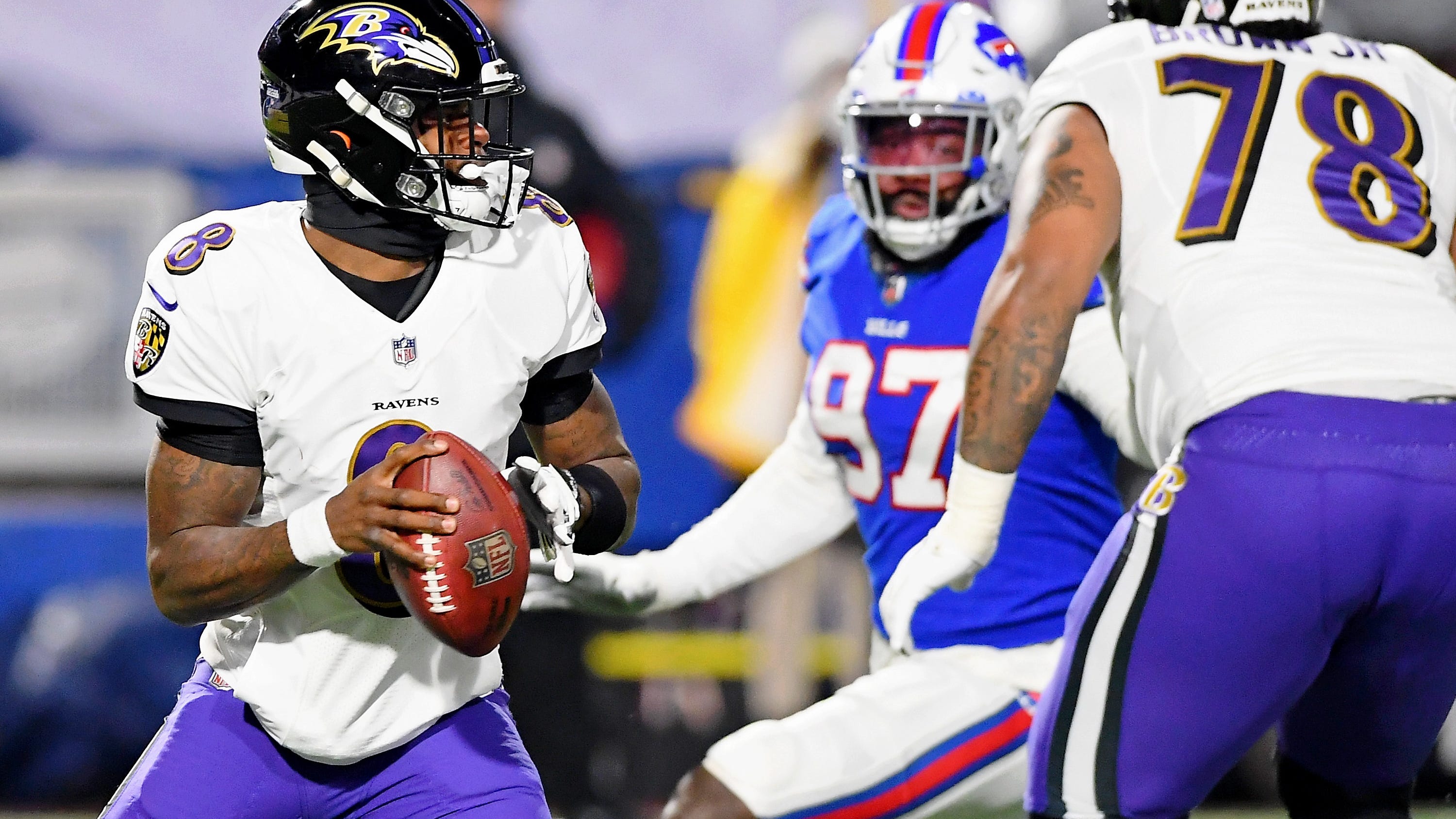 As RADIO.COM Sports writer John Healy alluded to, Buffalo locals performed a similar act of generosity after the Bengals helped the Bills into the playoffs in 2017, raising over $250,000 for Andy Dalton's charity. And as Healy wrote to cap off the heartwarming story, any total that Bills fans could reach for Jackson's charity that was near what they accomplished for Dalton would be an impressive feat.

$360,000 later — and counting — "Bills Mafia" has achieved that impressive feat, and then some. It caught Jackson's attention, who took to Twitter to thank Bills fans for their generous contributions.

Appreciate that #BillsMafia Means A lot not to only me but those kids as well💜💜 https://t.co/fDNjJMpni9

What a beautiful story. In only so many scenarios will you find a quarterback profusely thanking the opposing team's fan base after a playoff elimination, but these circumstances obviously call for exactly that.

Blessings in a Backpack provided more statistics on just how incredible the donations have been — mind you, this tweet is from 3:17 p.m. EST.

At this point, we may be nearing the $500,000 mark, and for that, the charity is calling on Kansas City Chiefs fans to aid the "Bills Mafia" in their journey.

Whether or not the Bills can make a run for the Super Bowl remains to be seen, but the team's fan base has already made this postseason one to remember for many, many people.

And don't forget to help out Buffalo business as well through Josh Norman's tremendous charity!

SooO Buffalonians, Bills Mafia With that
BIG DUB!!! Now onto the
- *AFC Championship* -

Let’s circle the wagons & donate to our small businesses in need
tonight.. heck All week longgg 😆 come on https://t.co/upz4Lovk82