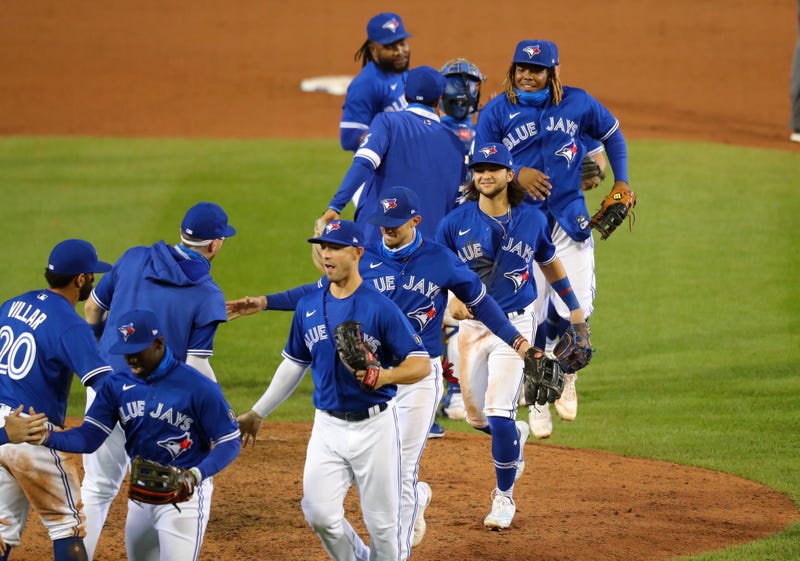 Following a series-ending loss to the Yankees on Wednesday and a series-opening 18-1 shellacking at the hands of the Mets on Friday night, the Blue Jays, a team still in the thick of the playoff picture, needed to get back on track Saturday night. Thanks to a solid outing from starter Robbie Ray, a good finish from the bullpen and a slight offensive awakening in the middle innings, Toronto avoided its first three-game losing streak of the season and edged out the Mets 3-2 to even the weekend series.

Unlike the previous night, the opposing pitcher wasn’t reigning two-time Cy Young Award winner, Jacob deGrom; but it still took some time for the Blue Jays offense to get going against the Mets’ Seth Lugo.

Lugo cruised through the Toronto lineup the first time around, giving up just one hit and striking out four batters in the first three innings. After going down 1-0 in the top of the fourth inning, the Blue Jays evened the game at 1-1 in the bottom of the frame after a Randal Grichuk infield single scored Bo Bichette from third, who advanced there on a ground-rule double from Travis Shaw the previous at bat. In the fifth inning, Shaw hit a sacrifice fly to center field that brought home Alejandro Kirk and put the Blue Jays ahead 2-1.

Vladimir Guerrero Jr. kept the momentum going in the bottom of the sixth with a lead-off double to right field. Guerrero Jr. would later score on a Jonathan Villar single, stretching the Toronto lead to 3-1.

The Mets made it a little interesting in the seventh inning when J.D. Davis grounded into what could’ve been an inning-ending double play, but Bichette’s throw to second base was bobbled by Joe Panik, allowing the inning to continue and Wilson Ramos to score, cutting the Toronto lead down to 3-2.

While there was some sweating at times, the Blue Jays bullpen held it down and secured the tight victory.

Robbie Ray, improving his record this season to 2-4 with the win, did a solid job keeping the Mets’ offense quiet after their 18-run outburst last game. Ray gave up just one run and four hits while striking out five batters over five innings of work. The relief trio of Julian Merryweather, Anthony Bass and Rafael Dolis, who picked-off Amed Rosario at first base in the top of the ninth to end the game, held the Mets to just three hits and one run over the final four innings of play.

For a full box score of the game, click here:

Toronto has now won four of its last six games and are 25-20 overall.

The Blue Jays and Mets will wrap-up the three-game series at Sahlen Field on Sunday afternoon at 3:07pm.

- Toronto’s Bo Bichette made his return to the Blue Jays’ lineup Saturday night after a 30-game absence. The 22-year-old shortstop had been out since August 16 with a right knee sprain. In the 14 games he played this season prior to the injury, Bichette was hitting .361 with five home runs and 13 RBI in 61 plate appearances. Bichette had one hit in four at bats with a run scored on Saturday night.

- Catcher Alejandro Kirk made his Major League Baseball debut for Toronto on Saturday night. The 21-year-old, who spent last season playing in the minors for Class-A Lansing and Advanced-A Dunedin, became the first Blue Jays’ position player in 20 years to go straight from Class-A to the majors. Kirk had a hit, a walk and scored a run in three at bats on Saturday night.

- With Saturday night’s victory, the Blue Jays’ consecutive undefeated series streak remains intact. Toronto has won or tied each of its last eight series, which is tied for the second-longest streak in team history.