The Detroit Lions decided to focus on something bigger than football on Tuesday afternoon.

Following the police shooting of Jacob Blake, which, according to his father, left the 29-year-old African American man paralyzed, the Detroit Lions joined the sports world in solidarity against this display of violence. Their first move was to cancel practice, an idea that reportedly sprouted from the players.

The #Lions have canceled practice today in response to the shooting of Jacob Blake in Kenosha, Wis., I'm told. It was the players' idea following deep conversations this morning. The entire team plans to address the media shortly.

The team then addressed the media, bringing along messages that advocated for social justice and not remaining silent.

Safety Duron Harmon was an active and vocal leader throughout the afternoon, saying that "football is not important today" in light of recent events.

"While some people think we are just football players, this league, 67%... of the players are African American," Harmon said. "Jacob Blake could have been anybody's brother, cousin, uncle, friend... it could've been them. And it wasn't okay."

“The Detroit Lions will be for change. We will not be silent.” - Duron Harmon

Quarterback Matthew Stafford (along with several other players) also addressed the media, saying that he's never been so proud to be a part of this team and that football was the last thing on their minds.

"We had our team meeting this morning, and no football was talked about," Stafford said. "We were brought together and coach just opened the floor. We know there were going to be guys in there that had heavy hearts and guys that had similar situations or close calls that have happened to them... and those conversations lasted for hours and it was incredible to be a part of it just like it was all spring."

Trey Flowers, one of the players who spoke outside of the practice facility, emphasized that it was the team's in-house decision to put practice aside.

"It was a lot of discussion, a lot of different things going around, a lot of great thoughts, and we came up with this one as a unit," Flower said. "That's one of the things I wanted to make sure I stressed, that this is unified, as a team, us sticking together.

"Yes, we're football players, we're at camp, we're in the bubble, but... like I said out there, we have brothers, we have sons, we have fathers, we have cousins, nephews that... they're not in camp. They're not in a bubble. They really have to go and deal with real world situations..."

Flowers says that they'll still play and focus on football, but that they also want to change the world using the NFL platform. 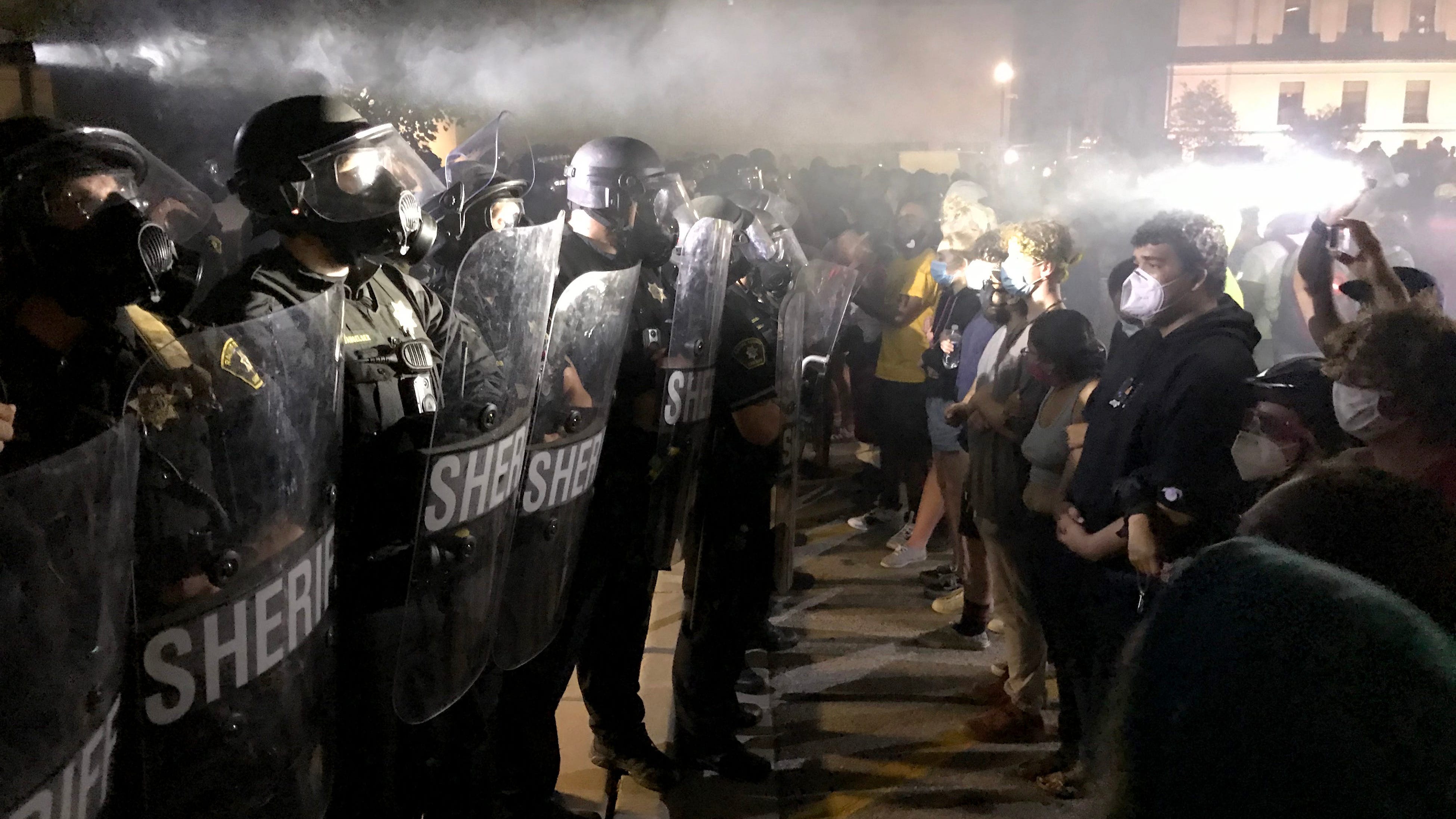