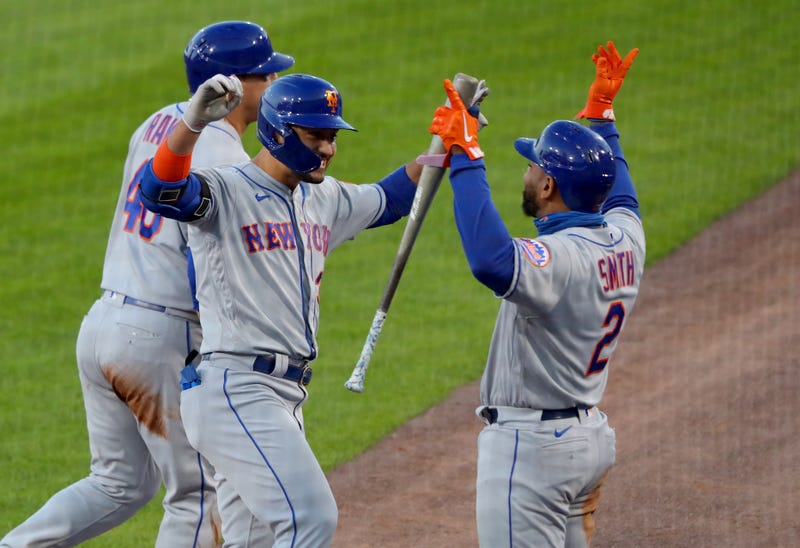 The New York Mets know their chances of winning games are good every time Jacob deGrom gets the ball. They also know if they can score even just a few runs on nights that deGrom pitches, they have a great chance to win. After putting up 18 runs on Friday night, the Mets likely wished they could’ve saved deGrom for another night, as they cruised to a 18-1 win over the Toronto Blue Jays in the series opener.

Trailing in the third inning 1-0, New York got their first runs after Michael Conforto hit a high fly ball off of Jays starter Chase Anderson to left-center field that carried over the wall to put the Mets up 3-1. Later in the inning, Jeff McNeil hit a fly ball that initially looked to end the inning but Cavan Biggio and Randal Grichuk couldn’t get a good handle on the ball in the sky in right-center field and it dropped in to score a run and the Mets grabbed a 4-1 lead.

In the fourth, the Mets turned it into a rout.  J.D. Davis hit into a fielders choice that allowed Wilson Ramos to score. The very next batter, Dominic Smith smashed a grand slam home run to right field and the Mets were way out in front at 9-1. The barrage of Mets hits continued. With the bases loaded, Ramos cleared the bases with a double to make it 12-1. Then Conforto and Davis picked up another pair of back-to-back RBI singles give the Mets a 14-1 lead. In total, New York scored 10 runs in total in the half-inning.

Ten runs in an inning sound familiar? Toronto did the same thing earlier in the week on Monday to the New York Yankees. The Jays scored 10 runs in the sixth inning in their comeback win.

The Mets added two more runs in the seventh inning, one the eighth, and another in the ninth to make it 18-1.

On the mound, deGrom was his usual solid self, giving up just three hits in six innings and struck out nine Blue Jay batters. He picked up the win to improve to 4-1 on the season.

Vladimir Guerrero Jr. got the Blue Jays their only run in the first inning with a long single near the right field wall that scored Grichuk.

For a full box score of the game, click here:

Toronto has lost two straight games and fall to 24-20 overall.

The Blue Jays and Mets continue the three-game series at Sahlen Field on Saturday night at 6:37pm.

- Toronto GM Ross Atkins said before the game that Teoscar Hernandez has a mild oblique strain and is recovering faster than expected. He's going to start rotational work and could be back relatively soon. He also updated Rowdy Tellez’ status and said that he’s not ruling him out for the season. He’s hoping there’s a chance for return if not by the end of the season, then maybe for the playoffs.

- Buffalo was the Mets Triple-A affiliate from 2009-2012 and a minor league affiliate from 1963-1965. Jeurys Familia is the only current Met that played for the Buffalo Bisons, during the affiliation, in 2012.

- The Mets players and coaches wore first-responder caps to honor their sacrifice on September 11th. The NYPD, FDNY, Port Authority Police, the Department of Sanitation and Office of Emergency Management were all represented.