Just when I thought I had gone over enough Yankees records, another one popped up that sounds even more unbelievable than the others, if that's even possible. 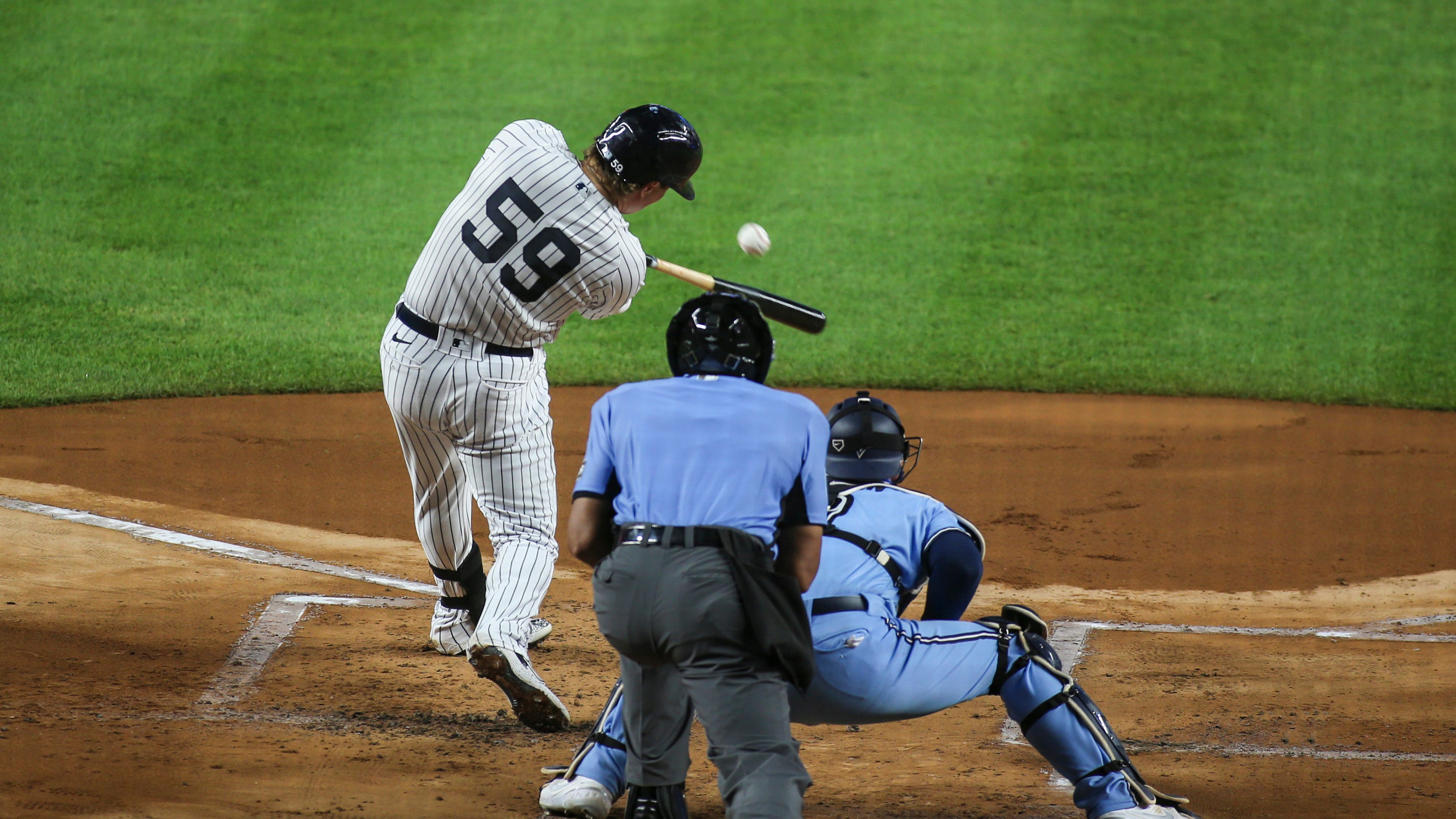 Yankees Set MLB Records With Monstrous 4th Inning, Provide Blue Jays Pitcher With a Record of His Own

But perhaps most impressive of all, if only because of the legendary status of the names involved, was an individual feat accomplished by first baseman Luke Voit. Surfaced by ESPN Stats & Info, Luke Voit became the third Yankee ever with 20 home runs through the team's first 50 games of the season. Who else accomplished this? Oh, only Mickey Mantle and Babe Ruth, the latter of which actually did it three times.

It's been eight seasons since any MLB player was able to accomplish this, as you have to go all the way back to Josh Hamilton in 2012 to find another player with 20 home runs in the Rangers' first 50 games (h/t MLB.com).

It's pretty unbelievable that in all the years of Yankees dominance, with power-hitting guys like Lou Gehrig, Joe DiMaggio, Jason Giambi, Alex Rodriguez and more filling out legendary lineups, it's Luke Voit who joins this incredible trio of sluggers.

Or maybe, rather than it being unbelievable, it's just a sign of what's to come.

Voit leads the majors with 20 home runs and tops the AL with his .659 slugging percentage. Expanded out over a full 162-game season, his stat line would look like this:

news
Trump: 'It's going to be a very interesting Tuesday'
news
Disney World's entrance gets colorful makeover and new slogan
music
11 Sean Connery movies you can stream on Netflix and Amazon now
news
102-year-old goes viral after voting early: 'This is a true patriot!'
news
Burger King and Popeyes drive-thrus will soon be able to predict your order
news
19-year-old becomes caretaker of 4 siblings after mom loses battle with COVID