If you were a kid in the early 2000s that managed to get your hands on a baseball card that featured the three best shortstops in baseball, you were the envy of all of your friends.

At that time, the three best shortstops in baseball were Álex Rodríguez of the Seattle Mariners and then Texas Rangers, Derek Jeter of the New York Yankees and Nomar Garciaparra of the Boston Red Sox. Each member of the trio appeared destined for Cooperstown, and a seat at the table among the discussion of the greatest shortstops to ever play the game.

That's not exactly how things worked out.

While Jeter was elected to the Hall of Fame on his first ballot and is one of the greatest shortstops to ever play the game, Rodríguez sacrificed playing his natural position in 2004 for a chance to join Jeter on the Yankees. Rodríguez actually finished his career with 702 more innings at shortstop, but because he spent nearly all of his 12-season tenure with the Yankees playing third base, that's the position that most associate him with.

What about Garciaparra? The six-time All-Star missed the early months of the 2004 season with right achilles inflammation, and the combination of his defensive decline and unresolved contractual situation led the Red Sox to trading him to the Chicago Cubs before the 2004 trade deadline. A few months later, the Red Sox would snap an 86-year drought and win their first World Series title since 1918.

Jeter would play through the 2014 season, largely remaining an effective offensive player through his late-30s. However, while Jeter played 20 seasons, injuries limited Garciaparra to 14, as he last played in 2009. Garciaparra did receive 5.5 percent of the vote in 2015, his first year on the Baseball Hall of Fame ballot, but fell off a year later, as he received just 1.8 percent of the vote in 2016.

There's not a discussion to be had about who had the better career between Jeter and Garciaparra. However, the debate about who was better at their respective peaks rages on between Yankees and Red Sox fans, so we'll attack it in our latest installment of "Who Was Better?": 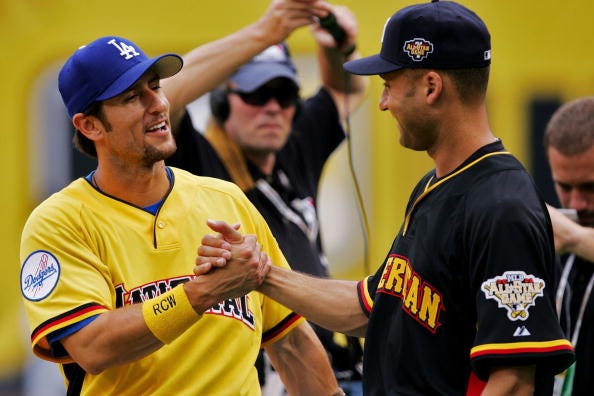 How Long Is Peak Being Defined As? 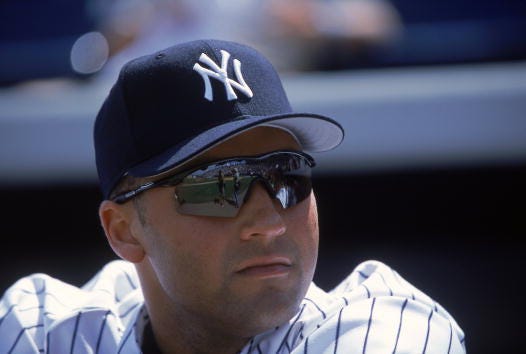 Who Was More Valuable Offensively?

One would think, then, that Garciaparra should have the edge over a three-season peak. 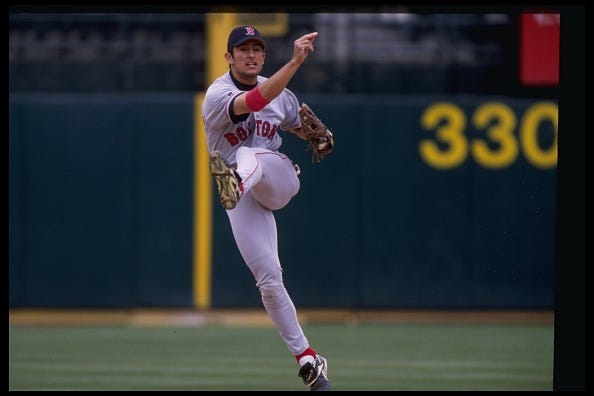 Who Was The Better Defender?

Jeter won five Gold Glove Awards during his career, an indication of how voting for the award was largely a popularity contest at the turn of the century. Kids maybe grew up emulating Jeter's jump throw, but the reality is that he finished his career with a -9.4 defensive WAR.

The problem in trying to really make a fair evaluation between the two defensively is that we're still far from having perfect - or even close to perfect - defensive metrics. Defensive runs saved is perhaps the most widely accepted sabermetic to gauge defensive value, but that wasn't tracked until the 2002 season, making it largely irrelevant for this discussion.

Even as we acknowledge that defensive metrics are still a work in progress, what's available to us - and the eye test - suggest that Garciaparra was a better defensive shortstop by a comfortable margin. 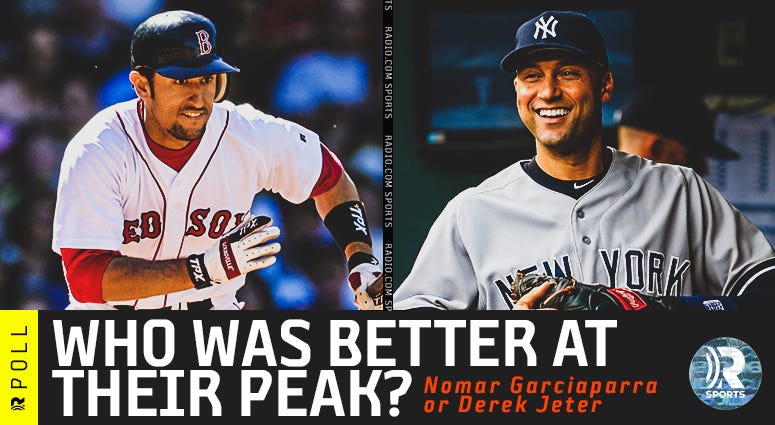 Nomar Garciaparra and Derek Jeter had a friendly rivalry at their peaks. Photo credit Scott Krava/RADIO.COM

So...Who Had The Better Peak?

There's a legitimate case to be made that when you factor in that Jeter was a better basestealer that drew more walks at his peak, he may be the slightly more complete offensive player. However, Jeter never hit 25 or more home runs in a single season. Garciaparra did it four times, and hit a ton of triples at the height of his powers as well. In terms of WAR 7, Garciaparra narrowly tops Jeter, as he posted a 43.1 WAR 7, as opposed to Jeter's 42.4 mark. When you factor in the defensive edge that we gave Garciaparra, we're going to take his peak over Jeter's, though the reality here is that you would have an excellent chance to win a World Series with either player manning shortstop for you during their respective peaks.