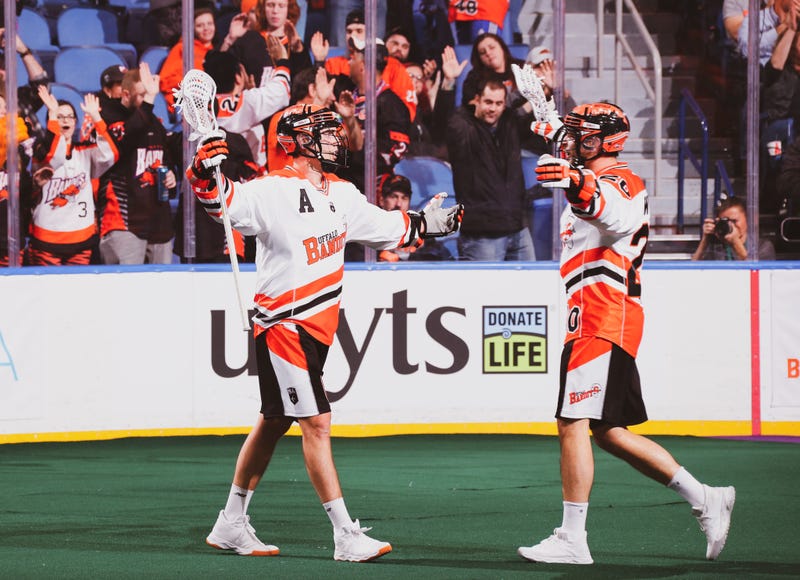 The National Lacrosse League announced on Wednesday that it is targeting the weekend of April 9 to 11, 2021 to start the league's 35th season.

The countdown to the NLL’s 35th season begins!

The league's plan to start the season is to work with health authorities and local jurisdictions to develop protocols to keep its players and fans healthy and safe at games this season.

One issue that the NLL is monitoring closely is the current and longer-term restrictions in municipalities in both the United States and Canada with regard to immigration and facility use. The league currently has 13 teams, with five of them in Canada and the other eight in the U.S.

“We have been continuously working with our teams, Players’ Association, arenas, and health and government officials to prepare to play our 35th season. An April start date will give us sufficient time to have our protocols in place for players, coaches, staff as well as fans,” NLL Commissioner Nick Sakiewicz said in a league statement on Wednesday. “We are working with all teams to provide the safest environment and an acceptable level of fans in the stands. We understand that current circumstances will dictate whether this plan is achievable, and we will be prepared to remain flexible and pivot as needed. We want to thank all our players, fans and partners who have supported our efforts to stay connected and engaged during this prolonged offseason and are looking forward to returning to play in April.”

The league did not release an official schedule of games for the upcoming season, but they will announce one at the appropriate time.

The 2019-20 NLL regular season was originally suspended back in March at the time the COVID-19 pandemic broke out in the U.S. and Canada. The league attempted to hold off the playoffs for a while, but officially ended the season on June 4.