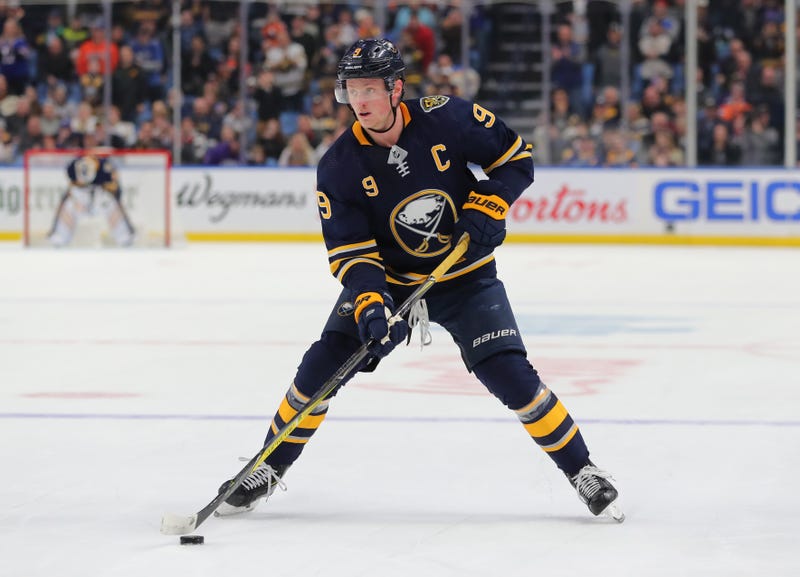 After a stellar 2019-20 season that was unfortunately cut short due to the COVID-19 pandemic, Buffalo Sabres captain Jack Eichel is gaining some respect on the national level heading into the 2020-21 season.

The NHL Network released its annual list of "Top 20 Centers" in the National Hockey League on Monday, where Eichel ended up ranking sixth overall on their list.

Eichel continued to play at an All-Star level for the Sabres this past season with a career-high 36 goals, while also averaging the highest points per-game average (1.15) in his career. He missed just one game in the COVID-19 pandemic-shortened 2019-20 season, and still managed to put up 78 points in that span, while setting a pace of 93 points. He ended up finishing in eighth place for voting for the Hart Trophy as the NHL's Most Valuable Player.

In his five years with the Sabres since being the second overall pick in the 2015 NHL Draft, Eichel has scored a total of 137 goals and amassed 200 assists for 337 points in 354 games. However, the one thing that remains missing from his resume is an appearance in the Stanley Cup Playoffs.

Eichel has been the only Sabres player to rank in any of the NHL Network's "Top 20" players rankings this offseason.