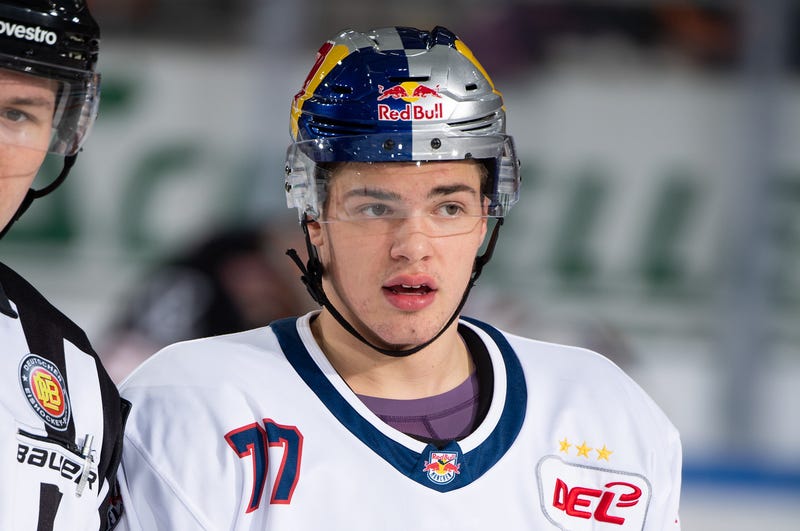 Buffalo Sabres prospect J-J Peterka has been named to Germany's roster for the 2021 IIHF World Junior Championship in Edmonton, Alberta.

Peterka will participate in his second-consecutive World Juniors tournament for Germany after playing very well in the 2020 World Junior Championship in the Czech Republic. As a 17-year-old, Peterka went on to score four goals and pick up two assists for six points in seven games. He played extremely well on Germany's top line along with 2020 first round picks Tim Stützle (Ottawa Senators) and Lukas Reichel (Chicago Blackhawks).

Although the Germans ended up playing in the relegation round last year, they were able to remain in the top division of the tournament after beating Kazakhstan in a best-of-three series.

The Germans opens their World Juniors tournament on Christmas Day with a matchup against Finland.

The Sabres drafted Peterka in the second round of the 2020 NHL Draft with the 34th overall pick. Buffalo moved up four spots in the draft order to secure the 18-year-old, who was projected by many to go as a first round pick on Tuesday, Oct. 6.

Once the World Junior Championship has come to a close for Peterka, he is expected to return Germany and to Red Bull München.

Peterka does not stand too tall at just 5-foot-11, but he does have a solid frame of 192 pounds. He's a player that has plenty of good speed and power to his game, and he never takes a shift off with his relentless play. He strong on his feet, in the dirty areas of the ice, and he's not afraid to get to the net with and without the puck. The young German also plays well with the puck and has a decent shot to boot.

Other Sabres prospects that could be seen playing at the 2021 IIHF World Junior Championship this December and January include 2019 first round picks Dylan Cozens (Canada) and Ryan Johnson (United States), and 2020 first round pick Jack Quinn (Canada).