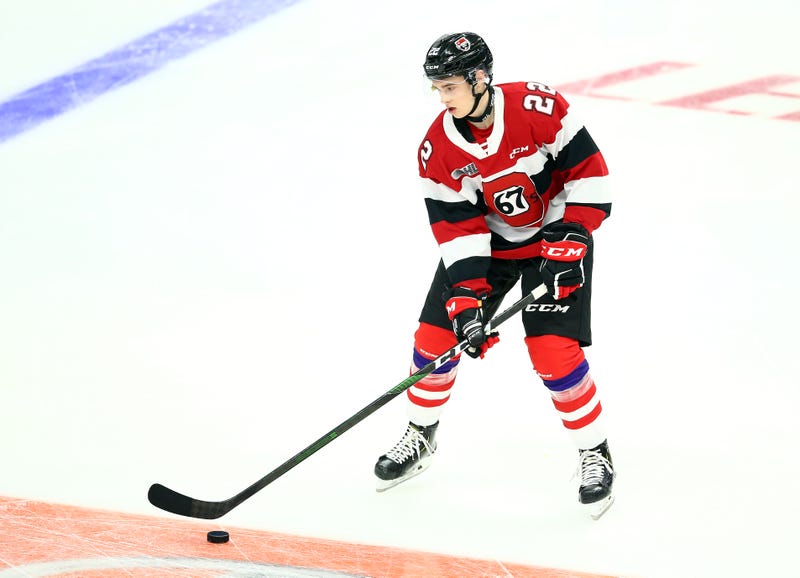 The Buffalo Sabres announced on Monday that the team has signed its first round pick in the 2020 NHL Draft, Jack Quinn to his three-year entry-level contract.

The Sabres have signed forward Jack Quinn to a three-year, entry-level contract. pic.twitter.com/3ogpclb9Xa

The Sabres made Quinn the eighth overall pick in the 2020 draft after an impressive draft year playing for the Ottawa 67's in the Ontario Hockey League. The 19-year-old finished the 2019-20 season in Ottawa with 52 goals and 37 assists for 89 points in 62 games played. Quinn was one of only two players in the OHL last year to score 50 goals in the season, finishing just behind Toronto Maple Leafs prospect Nick Robertson with 55.

Quinn was also the fourth player in the OHL to score 50 goals in their NHL Draft year since the 2009-10 season, joining the likes of Chicago Blackhawks forward Alex DeBrincat, Los Angeles Kings prospect Arthur Kaliyev, and current Buffalo Sabres winger Jeff Skinner to accomplish that feat.

The 6-foot-1, 176-pound winger is currently traveling to Red Deer, Alberta, where he will compete for a roster spot on Team Canada for the upcoming 2021 IIHF World Junior Championship in Edmonton. Quinn is looking to compete for Canada for the first time in international competition, but he will have some tough competition to make the 23-man roster with 26 forwards looking to earn 13 roster spots.

However, where Quinn may have an advantage in making Team Canada's roster is his head coach for the Canadian team is Andre Tourigny, who happens to be his head coach in Ottawa in the OHL.

Quinn is one of 25 players on the training camp roster for Canada that are former first round picks in the NHL Draft.

The 2021 IIHF World Junior Championship is set to get underway on Christmas Day, with Canada opening the tournament against Germany on Saturday, Dec. 26.

news
Some wealthy Americans accused of getting vaccines before they're eligible
news
Trump considering issuing as many as 100 pardons
sports
Chad Henne explains what he was thinking on key 3rd and 4th down plays in Chiefs win
sports
Ian Rapoport 'would not rule anything out' regarding Michael Thomas' future with Saints
music
Ben Affleck and Ana de Armas split: Report