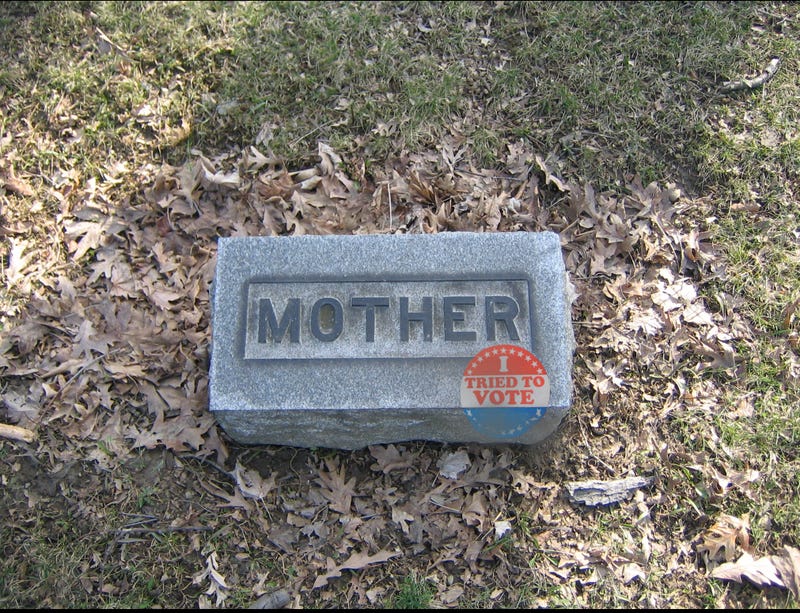 Authorities say a Luzerne County man forged the name and signature of his deceased mother on an application for an absentee ballot.67-year old Robert Lynn of Forty Fort  has been charged with forgery and interference with an election.The Luzerne County Bureau of Elections discovered the potential fraud when it received an application in the name of "Marie P. Hannigan".  According to the complaint, the absentee ballot request was made with the explanation that the woman would be traveling to visit her great-grandchildren between October 24 and November 10.

The complaint states that a voter database search showed that "Marie P. Hannigan" last voted in 2014, and had been listed as deceased since 2015.  When it was discovered that the signature on the absentee ballot application didn't match the signature on file, election officials contacted the office of the Luzerne County District Attorney.

Earlier this month, on the 8th of October, county detectives went Lynn's address and started asking questions about his mother. It's stated that Lynn originally claimed that his mother was inside the house, but when the questioning continued, Lynn admitted that his mother was dead and that he forged her signature on the absentee application.

Lynn is said to have detectives that he "knew it was wrong, but did it anyway."

On Wednesday, Lynn was arraigned by Magisterial District Judge Thomas Mallow, who set the next hearing for Thursday, November 5th.  Lynn was released on $10,000 bail.